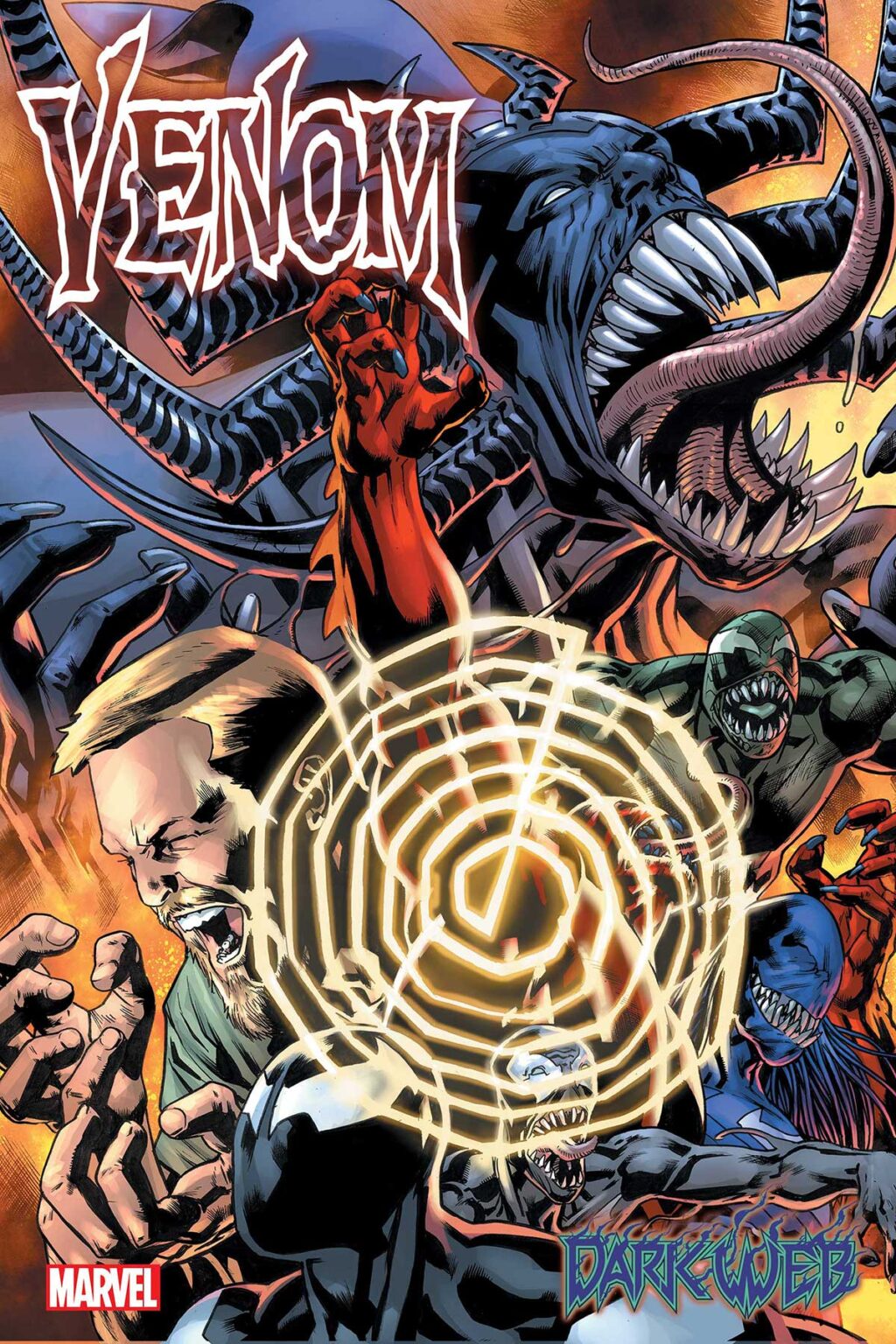 Venom gets tangled up in the Dark Web

Yesterday, we got a look at the cover for Venom #10, and today we learn that Venom will become part of the big Dark Web event in the pages of Venom #13.

While Dark Web Alpha #1 won’t arrive until December, Venom #13 will serve as a prelude to the Spider-Man/X-Men crossover event.

According to Marvel Comics:

Al Ewing, Ram V., and Bryan Hitch’s epic VENOM run has told the intertwined journeys of father and son, Eddie Brock and Dylan Brock. Forced to watch his son die from across the timestream, Eddie Brock returns from space but finds himself surrounded by enemies. Alone, and with no one to trust, he finds an unexpected ally in Madelyne Pryor, as the stage is set for the most epic crossover of the year!

DARK WEB will take place in the pages of Zeb Wells’ run on AMAZING SPIDER-MAN, and spin out into other titles including one-shots, limited series, and upcoming issues of VENOM! “After taking Eddie to the far ends of time and space and the darkest corners of reality, it’s kind of nice to drop him back in New York City – the home, and the family, he’s been trying to get back to ever since #1,” Ewing said in a press release from Marvel Comics. “Unfortunately, this may not be a happy reunion for anyone concerned, because when Eddie crosses paths with fellow single parent the Goblin Queen, he gets tangled up in a very Dark Web…”