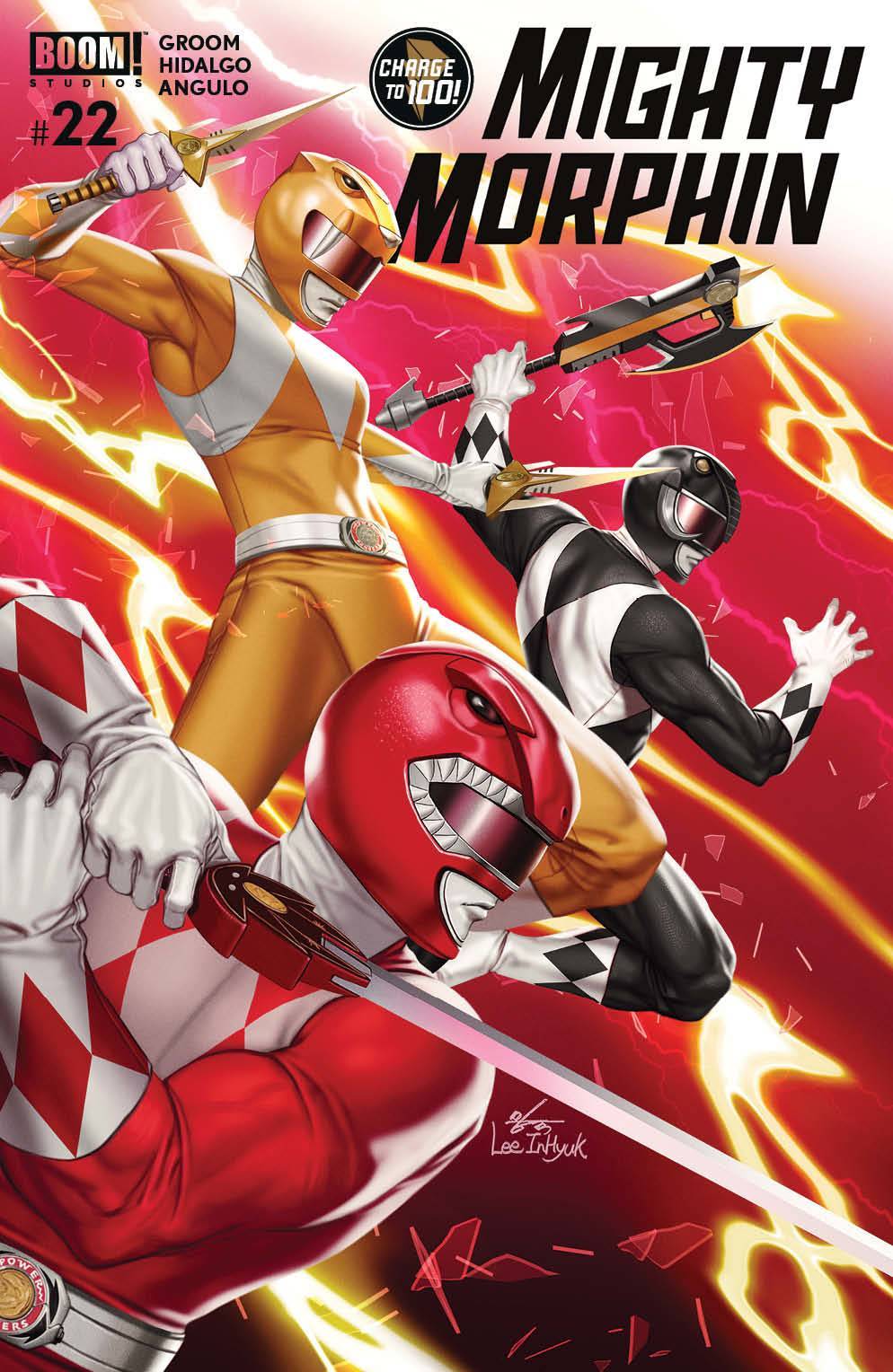 Kimberly is full of fears and doubts, like any other teenager. But not every high school kid is trapped in the Morphin’ Grid, where your thoughts can become real. Your Major Spoilers review of Mighty Morphin #22 from BOOM! Studios awaits!

Previously in Mighty Morphin: A Ranger returns, and with their help, the team can finally turn the tide of battle, but not without consequences. Will the Rangers forge a new path together despite their differences? As the dust begins to settle, will this Mighty Morphin team settle on a sense of identity, and discover their true role in the universe?

SHADOWS IN THE MORPHIN’ GRID

Last time, the White and Pink Rangers were testing new metallic armors (which look not unlike the ones seen in Mighty Morphin’ Power Rangers: The Movie) when a malfunction left them trapped at the mercy of Power Rangers villains. Not their own old foes, but the foes of their future forebears, including the Jungle Fury, Dino Charge, and Lost Galaxy teams. Tommy the White Ranger is badly injured by their first assault, forcing Kim to retreat with her unconscious boyfriend, only to be greeted by a familiar face: The Pink Emissary! The embodiment of the Pink spectrum tells her that its job is to remain hidden and monitor problems with the Morphin’ Grid, but that it can provide her with a little bit of help against her new foes. As the various villains try to figure out what happens next, they see an unmorphed Kimberly Hart walking out of the shadows…

But she’s not alone.

A LITTLE HELP FROM HER FRIENDS

I have to admit, the double-page spread of sixteen Pink Rangers (Kimberly, Kat, Cassie, Dana, Sydney, Vida, Rose, Jen, Mia, Emma, Chloe, Shelby, Sarah, Amelia, and both Karone and Kendrix, with only Zeo Ranger Pink unaccounted for) morphing together gave me goosebumps, but the ensuing battle was exciting as well. Hidalgo’s art throughout the issue is good, even the last-page Ranger committee to give the team an official name, which is all facial expressions and body language. Groom’s last issue turns out to be a celebration of the Mighty Morphin’ team, featuring the in-universe origins of the term and a long-overdue spotlight on Kim, the Pink Ranger. Like the Omega Rangers did, she gets back her memories of the lost universe (erased due to #TimeTravelShenanigans) and comes to terms with the idea that she will someday leave the team. It’s a nice story progression, ending with a cute Tommy/Kim kiss.

Even though Mighty Morphin’ #22 picks up where the last issue left off AND serves as the second-to-last chapter in the Charge to 100 event, it serves as a decent done-in-one Pink Ranger(s) story, with lively art and an engaging story, earning 4 out of 5 stars overall. With a whole new creative team in the wings, this issue serves as the perfect cap for the Groom/Hidalgo Mighty Morphin’ era.

A good balance of action to rumination and a much-deserved spotlight for the first Pink Ranger with lively art. It's well worth your time.

PREVIEW: Ultraman: The Mystery of Ultraseven #1