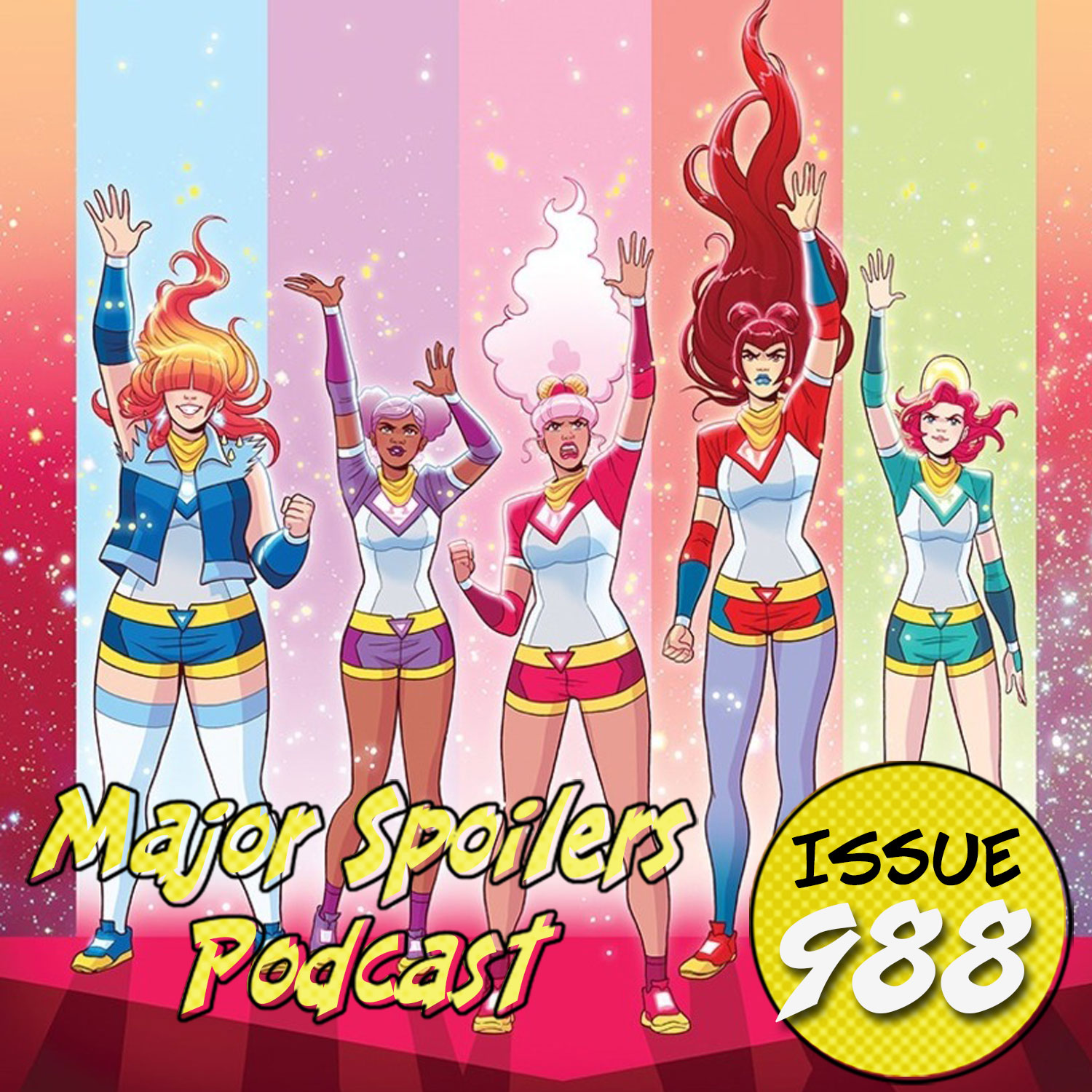 This week on the show, we foresee the fate of The Flash, soar with the Super-Pets, and marvel at… Marvel… We also talk Blacksad: They All Fall Down from Dark Horse Comics, DC Mech from DC Comics, and Trve Kvlt #1 from IDW Publishing. And finally, we wrap it up with a review of Zodiac Starforce Volume 1 from Dark Horse Comics.

‘The Flash’ to End With Season 9 at The CW

” The Flash” will end with its upcoming ninth season at The CW. Production on Season 9 of the beloved DC series is set to begin in September, with the final season slated to debut in 2023. The season will consist of 13 episodes. “Nine seasons!

” DC League of Super-Pets,” an animated adventure about the four-legged friends of legendary superheroes, opened in first place at the domestic box office with $23 million from 4,313 theaters. Though the Warner Bros. movie sold enough tickets to dethrone Jordan Peele’s ” Nope ” on North American charts, it’s a mediocre start given the film’s $90 million price tag.

STEPHEN
BLACKSAD: THEY ALL FALL DOWN PART 1
Writer: Juan Diaz Canales
Artist: Juanjo Guarnido
Publisher: Dark Horse Comics
Cover Price: $19.99
Release Date: August 10, 2022
This volume features feline private eye John Blacksad as he tangles with the unions, the mob, and mid-century construction magnate Lewis Solomon, who plans to pave New York City's green space, come hell or high water. From soaring heights to terrifying depths, Blacksad must steer the right course between the lofty world of Shakespearean theater and the seedy nether regions of the city. Towering above it all is the foreboding figure of Solomon, who will let nothing thwart his dream of power.

You can purchase this issue via our Amazon affiliate link - https://amzn.to/3Bqpe41

At the end of World War II, Earth was invaded by giant mechanized parademons from a planet called Apokolips. Earth’s protectors, the Justice Society of America, were devastated, and with them, the age of superheroes came to an end and the era of the Mech began.

In the ensuing years, the world has stockpiled colossal battle suits piloted by elite warriors, waiting for the day Apokolips returns. But when Kal-El, the last son of a dying world, crash-lands in Metropolis with his own war suit, he’ll face down two of Earth’s finest Mech fighters, the Flash and Batman. The dawn of a brave new mechanized DC Universe is here from the rising star creative team of Kenny Porter and Baldemar Rivas.

You can purchase this issue via our Amazon affiliate link - https://amzn.to/3BDYq0e

RODRIGO
TRVE KVLT #1
Writer: Scott Bryan Wilson
Artist: Liana Kangas
Publisher: IDW Publishing
Cover Price: $3.99
Release Date: August 17, 2022
Marty Tarantella has been flipping burgers for 15 years. He has no kids, no hobbies, no love interests, and, essentially, no life. But what he does have is a plan to change everything. Years of watching the daily rhythms of the neighboring stores has given Marty the idea for a perfect heist, but when he accidentally steals a supernatural weapon from a cult full of violent lunatics, the resulting Satanic panic will be way above his minimum-wage pay grade. Nothing can prepare you for the coming of Trve Kvlt, a deliciously horrifying and hilarious new series!

You can purchase this issue via our Amazon affiliate link - https://amzn.to/3SkCHAq

Zodiac Starforce: By the Power of Astra
Writer: Kevin Panetta
Artist: Paulina Ganucheau
Publisher: Dark Horse Books
Release Date: May 31, 2016
They're an elite group of teenage girls with magical powers who have sworn to protect our planet against dark creatures . . . as long as they can get out of class! Known as the Zodiac Starforce, these high-school girls aren't just combating math tests. They're also battling monsters--not your typical afterschool activity! But when an evil force from another dimension infects team leader Emma, she must work with her team of magically powered friends to save herself--and the world--from the evil Diana and her mean-girl minions!