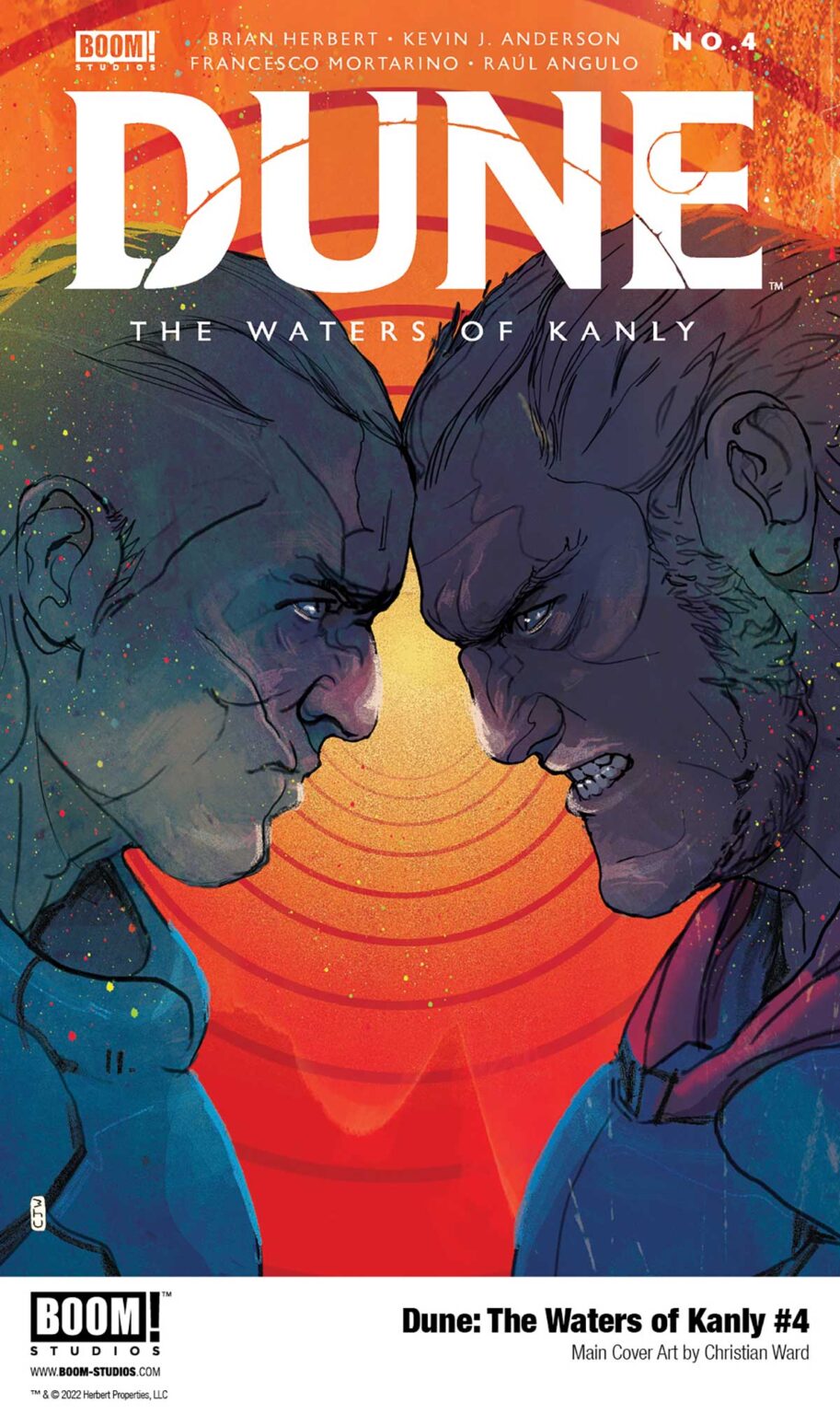 In the astonishing finale, Gurney and the smugglers have eluded the Harkonnen forces and retreated to Arrakis, but they come back empty-handed and defeated. However, Gurney’s secret plan is finally set in motion. Will he finally have his revenge against the Beast? Or will his sacrifices be for nothing?

Created by visionary writer Frank Herbert, Dune debuted in 1965, has sold millions of copies and is arguably the most admired science fiction novel of all time. After winning the Hugo Award and inaugural Nebula Award, Dune inspired a best-selling novel series and led to multiple live-action adaptations, including the upcoming feature film from Legendary Pictures. The influence of Dune extends well beyond the world of entertainment, with an incalculable influence on modern scientific thinking about politics, religion, outer space, environmentalism, and more.