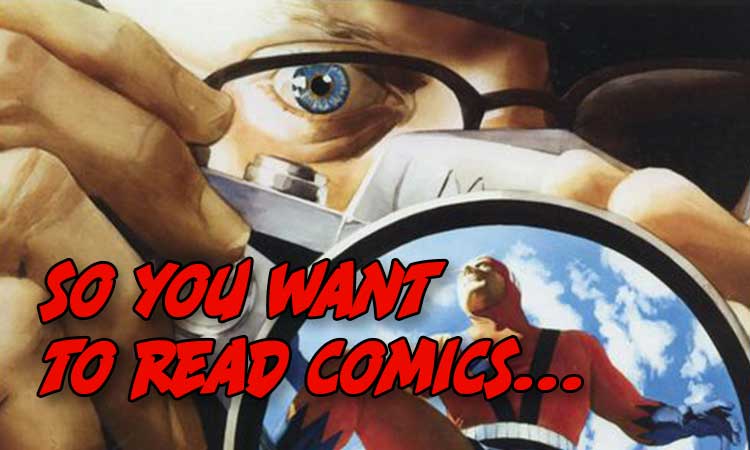 So You Want To Read Comics: Journalism Edition

We’re getting the scoops with this week’s “So You Want To Read Comics”.  This is our weekly feature where we take a look at a single topic or genre, then give you two comic book recommendations, perfect for new readers, based on that topic or genre.  This week we’re taking a look at journalism.

Spanning all the way back to Ancient Rome,  journalism has been an institution in nearly every part of the world, with the idealistic goal of informing the general population of the events going on around them at all levels of society.  In addition to this, for much of history, journalism has been seen as a way to keep the most powerful members of society accountable for the things they do.  This position has led to journalists often being portrayed as heroes of the people and devoted to discovering the truth in a lot of popular entertainment.  Perhaps more than most mediums, comic books have featured a large amount of journalists in this heroic light. From Lois Lane to Ben Ulrich to Spider Jerusalem, even Peter Parker has had their hand in creating fictional headlines

So here are a couple of series’ that focus on journalists or journalism as a whole, that are a great way to jump into comics.

One of the unique abilities journalism has is its ability to chronicle life.  Not only the events that shape an era, but the opinions and emotions of the people who live through them.  It’s this characteristic that is on display in this series.  In Marvels, readers get to see through the eyes of photojournalist Phil Sheldon as he witnesses the rise of superheroes in the Marvel Universe.  Over the years, he goes through various phases of being inspired and disappointed by their actions, as well as the public’s reaction to these deeds.  By the end of this series there is a comprehensive recording of this fictional era. What makes this series particularly good for new readers, is that they get to experience history along with the main character and in turn learn about the universe.

While grounded in fact and truth, there is always some level of subjectivity in journalism.  Be it the way things are described, the way that the writer tries to appeal emotionally to one group of readers over another, or simply in the subjects chosen.  It’s this utilization of subjectivity that makes Joe Sacco’s Journalism such a powerful book.  Featuring real life stories from areas of strife from all over the world, this collection uses the comic book format to turn already poignant stories even more impactful by adding a visual element to them. The stories in this collection are often ones not widely known or sometimes simply ignored. And, while the art here is not what most would call “realism”, its the same art that takes these stories that should be too absurd and heartbreaking to be real and makes them understandable.

What are some of your favorite journalist-centric comic books? What did you think of these recommendations? Let us know in the comments section below.