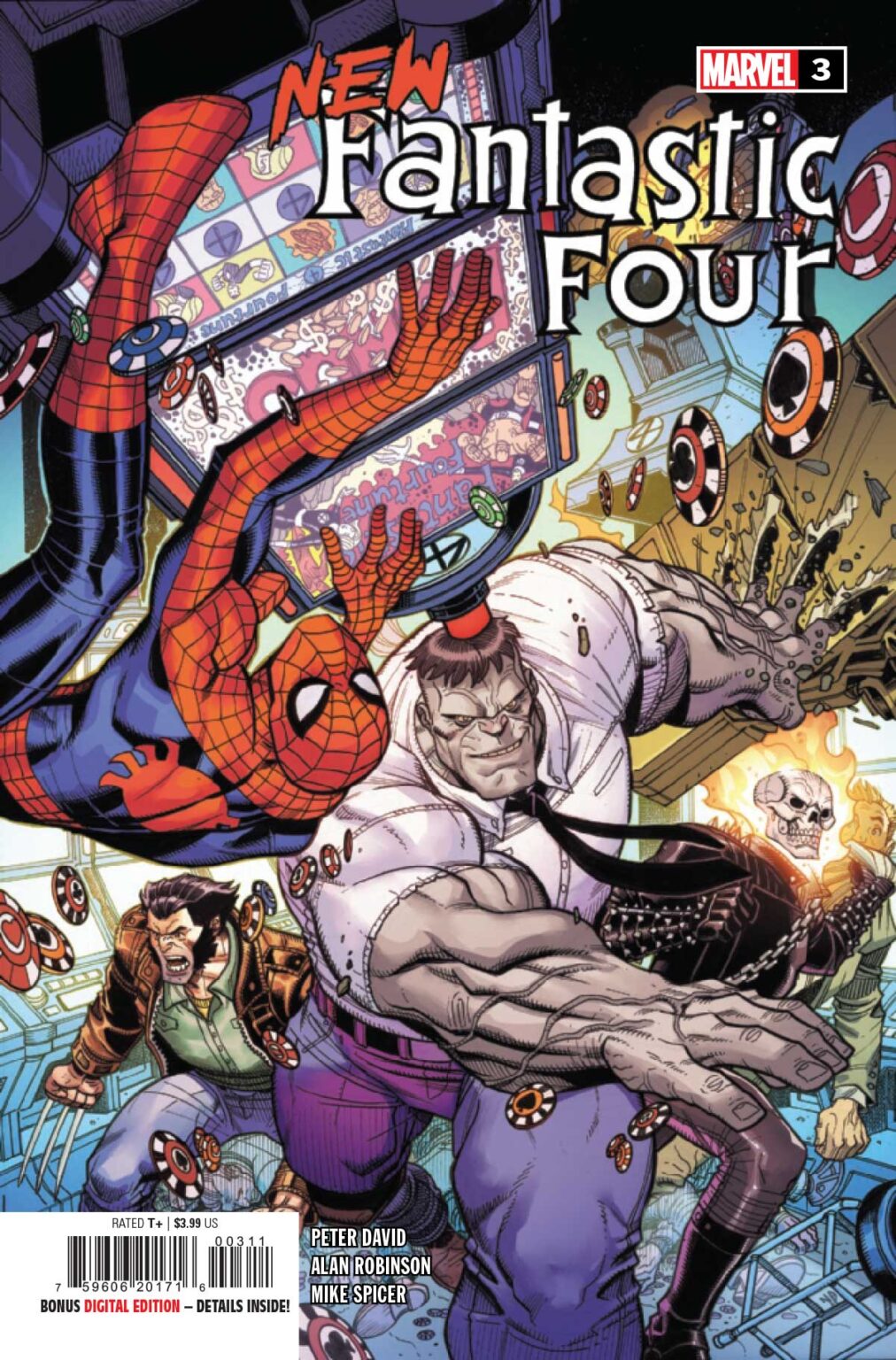 NEW FANTASTIC FOUR #3 (OF 5)
Peter David (W) • Alan Robinson (A)
Cover by Nick Bradshaw
Variant Cover by Marcus To
Chaos erupts in Sin City as Asmodeus’ demonic influence spreads…and the New Fantastic Four are caught in the thick of it! With Ghost Rider M.I.A., it’s up to Wolverine, Hulk and Spider-Man to face off against a demonically possessed Human Torch. But can they defeat him without killing him? Plus: A house call from Dr. Strange!
32 PGS./Rated T+ …$3.99