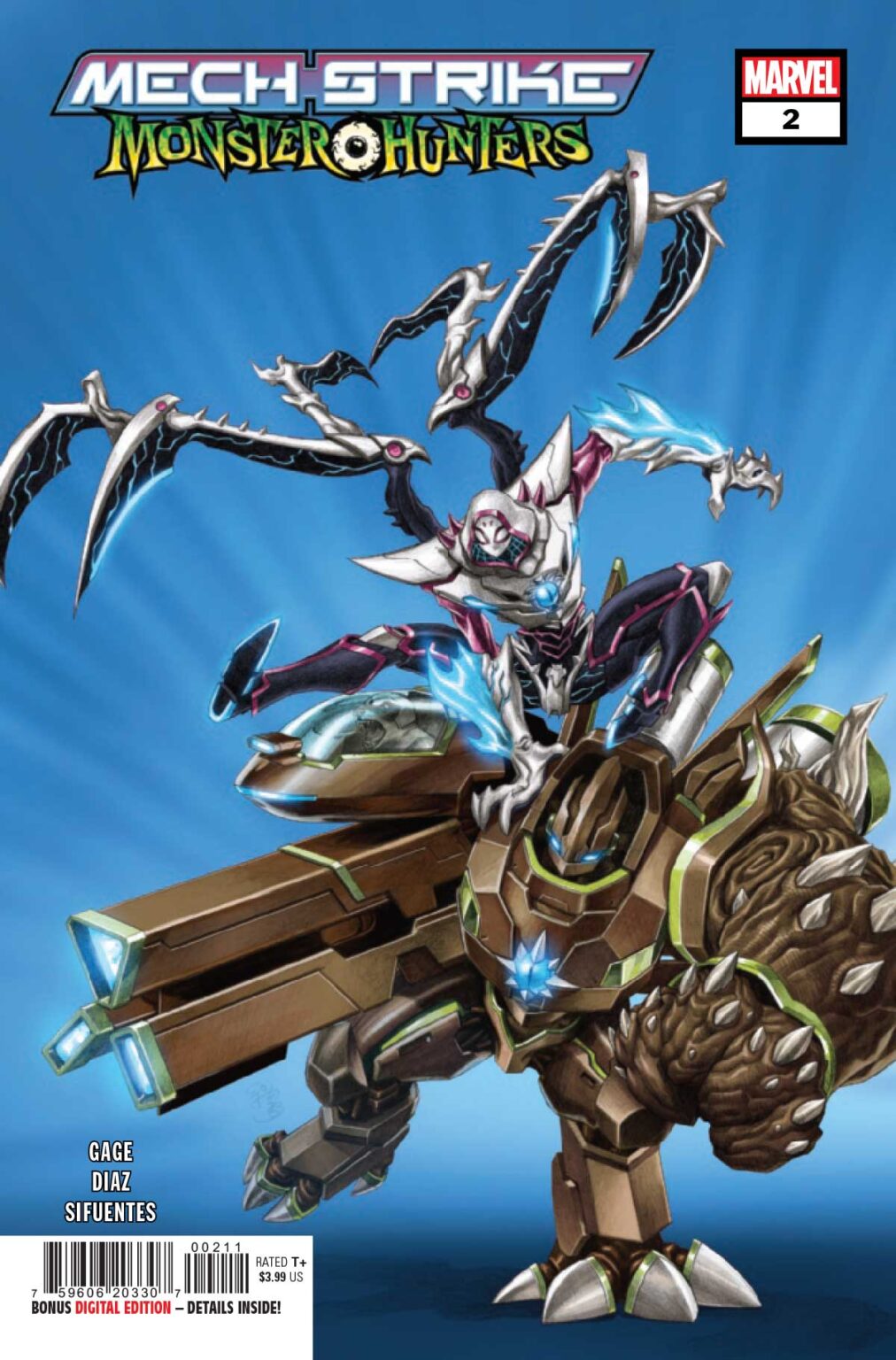 MECH STRIKE: MONSTER HUNTERS #2 (OF 5)
Christos Gage (W) • Paco Diaz (A) • Cover by E.J. Su
Variant Cover by John Tyler Christopher
The armored Avengers and their deadliest enemies have all been monsterized by the mystical Eye of the Kraken. As the Avengers contend with their strange new powers, they seek out some unlikely allies: Rocket, Groot and Ghost-Spider! But will even these new additions to the team be enough to defeat Doctor Doom and his ever-expanding monster army?
32 PGS./Rated T+ …$3.99