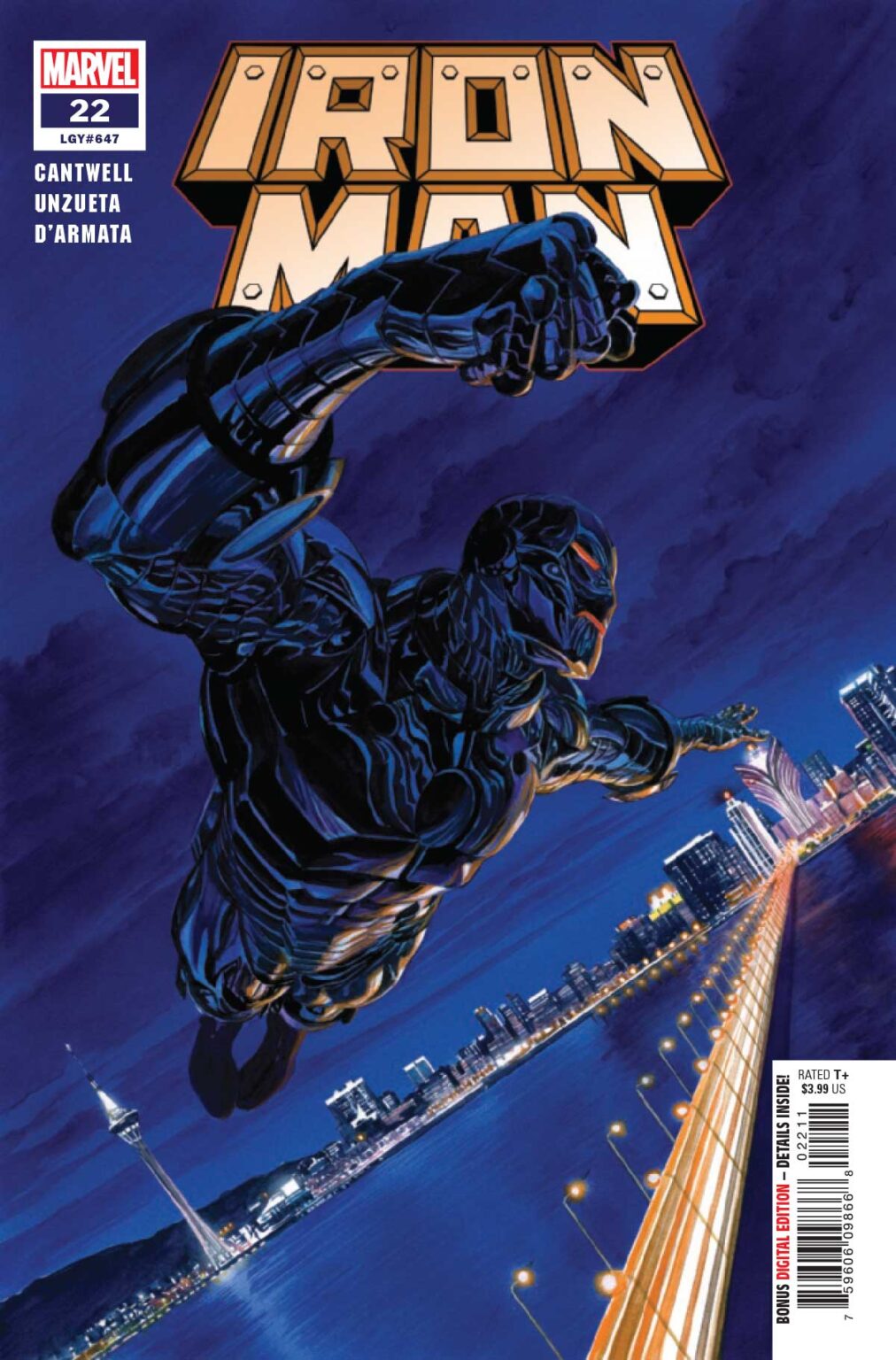 IRON MAN #22
CHRISTOPHER CANTWELL (W)
ANGEL UNZUETA (A)
Cover by ALEX ROSS
VARIANT COVER BY OSCAR VEGA
Predator Variant Cover by Bjorn Barends
Release date 08 02 2022
Tony Stark has worked hard to pull himself up by his iron bootstraps, and after a few detours, he finally tracks down his old friend and employee Vic Martinelli…only to find he’s arrived too late and Vic’s been murdered. Before a guilt-ridden Tony can get a bead on why, he’s attacked by Vic’s assailant…THE TITANIUM MAN. In the battle, he learns the sinister plot goes deeper. The Titanium Man is working for those even more mysterious, and Vic was killed because he’d gotten possession of THE MANDARIN’S RINGS. Tony flies overseas to Asia and headlong into a cloak of conspiracy, hell-bent on tracking down the rings of his most fearsome adversary, desperate to stop them from falling into the wrong hands. But at what cost? What is Tony Stark willing to sacrifice in order to stop the Mandarin’s power returning, wielded by the hands of a new – and possibly unsuspecting – acolyte? Iron Man is about to go hard. He’s about to buddy up with criminals. And he’s about to go…stealth.
32 PGS./Rated T+ …$3.99