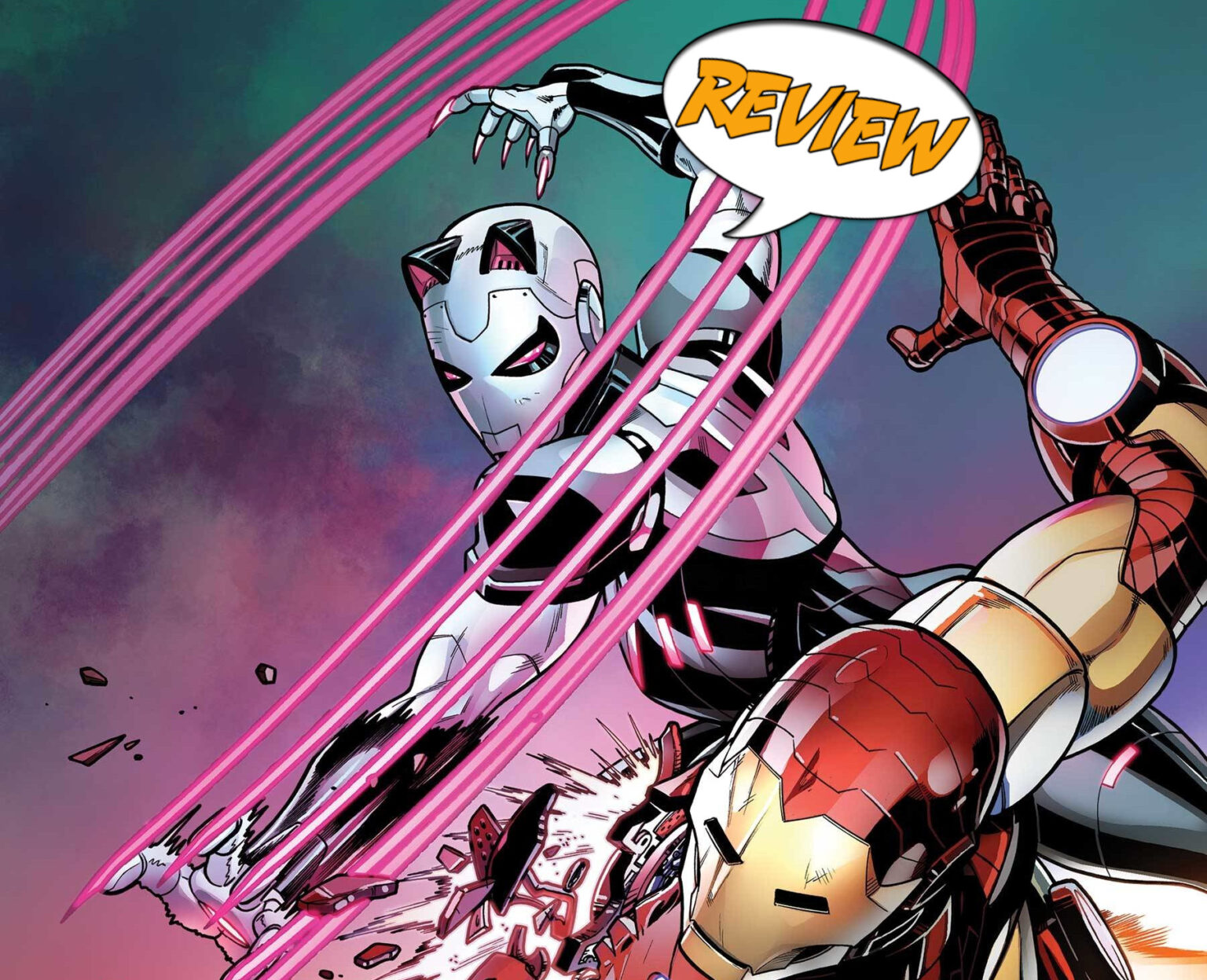 The Iron Catsuit has been stolen! Felicia Hardy and Iron Man join forces to stop the super thief out for revenge. Find out more in Iron Cat #2 by Marvel Comics!

Previously in Iron Cat: Felicia Hardy and Tamara Blake were trained by the Black Fox and had both a romantic and professional relationship. However, Tamara swore revenge when Felicia was forced to kill the Black Fox. Stealing the Iron Catsuit from Tony Stark, she attacked the Black Cat. Now Felicia turns to Tony Stark to help track down the suit.

Iron Cat #2 explores how the suit was stolen in the first place. Tamara freed a copy of the A.I. Madame Menace and used her to break into Stark’s facilities. She is also integrated into the Iron Catsuit. Tony Stark has to track down the suit and deal with a virus implanted into his computer systems. This issue also features a flashback that discusses Tamara Blake and Felicia’s backstory and relationship.

To get the suit back, Black Cat comes up with a plan to lure the Iron Cat out. She hosts an extravagant yacht party to antagonize Tamara. And it works, but the Iron Cat has a plan of her own.

I like many of the ideas in Black Cat #2, but I was surprised about the comic’s pacing. There wasn’t much that happened. We got a little information concerning Tamara’s identity and how it works. The comic also briefly introduced Madame Menace. But the story sets the next big plot point in the last four pages and suddenly stops before we get any conflict. I don’t mind a lot of background information, but the plot needed to move a little bit faster, in my opinion.

The best part of this comic was the use of color. Frank D’Armata, the colorist, did an excellent job taking us between scenes and settings. Using green to introduce Madame Menace and the virus she implanted into the systems was smart. The purples of the flashback that glowed during the flashback kiss provided a great backdrop. I’m not sure if color theory was used, but this was an excellent use of the entire color palette.

Iron Cat #2 suffers from a middle issue syndrome. This comic continues the great start of the last issue and sets up a pleasant hook for the next comic. But nothing much happens here. This will likely read really well as a trade paperback, but at the moment, Iron Cat #2 is 3.5 out of 5 stars.

Iron Cat #2 provided excellent background information but didn’t move the plot forward. However, the use of color was exquisite.