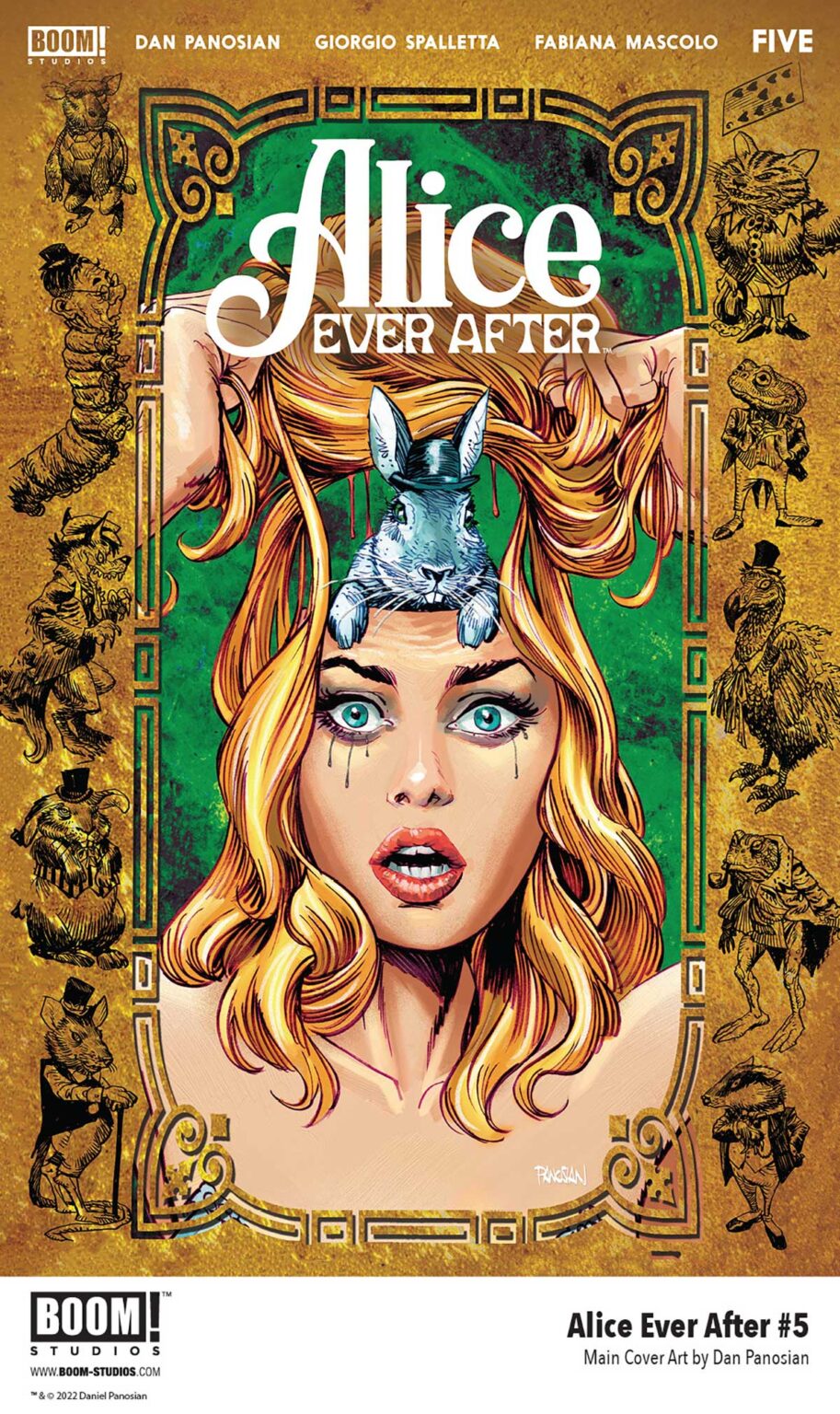 FIRST LOOK: Alice Ever After #5

BOOM! Studios announced the final installment of Alice Ever After is on its way, and today we have a first look at Alice Ever After #5 from writer Dan Panosian and artist Giorgio Spalletta.

In the stunning conclusion to Alice’s dark sequel, Alice finds herself faced with Dr. Madsen and Headmistress Hilda’s dreaded “permanent solution.” As her repressed memories warp Wonderland itself, Alice finds herself on the threshold of being banished from reality forever…