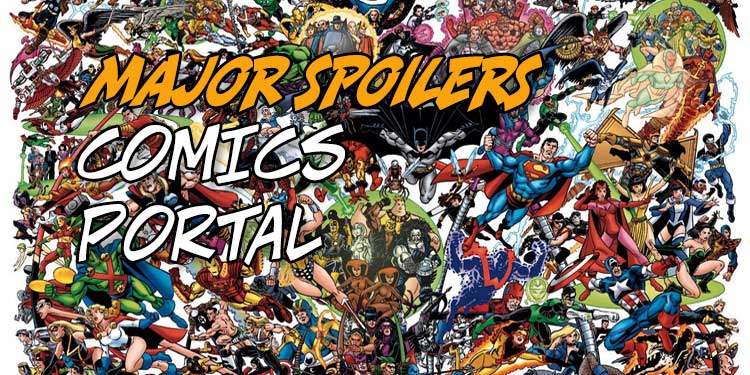 COMICS PORTAL: So Many Superheroes!

Tomorrow, a favorite group of superheroes of mine will be making an appearance—The Justice Society in Dark Crisis. In thinking about them, I realized there must literally be millions of superheroes around!

THEY COME AND THEY GO Speaking of the Justice Society, many of the originals and the new versions of those heroes appear in Stargirl on The CW these days. I’d still like to see them get their own comic again!

Truth is, I never understand why some heroes and some groups become very popular, then fade away.

Some of the groups I’d love to see come back include Marvel’s Alpha Flight (the original version), DC’s Metal Men, The Power Company, and Secret Six, just to name a few. I remember when Alpha Flight first debuted. They were hot stuff! Imagine a group like the X-Men but from Canada. It was a novel idea, and they lasted for a while, but changes started happening (like a new Guardian) and I lost interest. I’d buy a comic featuring that first team! Really!

I do enjoy super-groups from other countries. Batman, Inc., still gets my attention, so I’m hoping we get to read more featuring that team.

A book I really enjoyed—and given Batman’s popularity these days, they should bring back—was Gotham Central. Yes, they are doing a “Year One” for Gotham City, but this was an inventive and gritty series I loved. What happens in the world around Batman? THAT I want to read!

Of course, this applies not only to teams, but to individual heroes.

Right now, Invincible has his own animated show. Sadly, there are no new comics coming out from Image/Skybound with that hero.

One hero I always enjoyed was Nexus from Mike Baron and Steve Rude. His stories were always thoughtful and shocking, never moving in the way I expected. There have been several attempts to bring him back, but I guess there aren’t enough of us fans willing to plunk our hard-earned money down for new adventures! Baron is writing a novel, and Rude still draws posters and other images of Horatio Hellpop, but it’s just not the same! They have a crowdfunding campaign going on now–hope it is a big success!

I’ve always thought Bloodwynd from DC deserved a chance. For a while, the Martian Manhunter disguised himself as this character, but the real guy does exist! And he’s diverse, too!

Of course, every comic book creator wants to develop their own “Wolverine”—you know, the character that takes off and brings him or her millions when it comes to income.

The bad news is that there has only been ONE Wolverine, and even he is not as popular as he once was.

Still, that doesn’t stop new creators from giving it the old college try! It sure seems like new superheroes are being developed each and every day—or at least, they seem to average out to that number.

Whether they are parodies of existing characters or completely new ones, superheroes are still the “big guys” when it comes to comics. Marvel and DC still make the most super-comics, but Dynamite seems to be throwing their hat in the ring with Peter Cannon: Thunderbolt coming back, among others.

Okay, it’s time to face facts—of the literally millions of superheroes developed, only a teeny, tiny fraction of them ever really catch on. Yes, there’s Spider-Man, Batman, and others, but the vast majority of comics characters simply do not rake in the millions like Wolverine and the X-Men used to.

Does that mean we should stop trying to develop new comics characters? I don’t think so! We need to be more creative than simply stuffing a person of color into an existing costume, I think!

HOW DO WE MOVE FORWARD? I like to think back to the time before there was a “Superman.” I’m sure they got a lot of resistance when people first heard of an alien from another world with powers that he had. But they persevered! Now, the Man of Steel is known around the world.

I always think it’s a good idea to run new creations past friends and others. How do they react? Do they have constructive criticism that might help your character be better?

Of course, there are people who come out with the craziest characters. One guy I knew had a person with the speed of the Flash and the claws of Wolverine. He could cut you to bits before you even knew he had started.

“And you think Superman is too powerful, right?” we used to respond.

Personally, I think world building is a terrific idea. If your hero has an excellent environment around him or her and a supporting cast that is interesting with lots of potential, you’re off to a good start!

Maybe you could team up with an artist who could give your hero a great look! After all, most comics are sold based on the cover and the appearance of the characters! Get him or her looking good, and things will at least get a closer look.

I think comics haven’t even begun to scratch the surface yet. If we approach new stories and characters smartly, hey, there’s all kinds of chances for them to be a success! You’ll never know until you try!

What do you think? Have you come up with a new comics hero? Have you shown that person to friends and others to get their reaction? What else can you do to make sure that creation is a success? Whatever your opinion, be sure to share your opinion and thoughts in the space below!