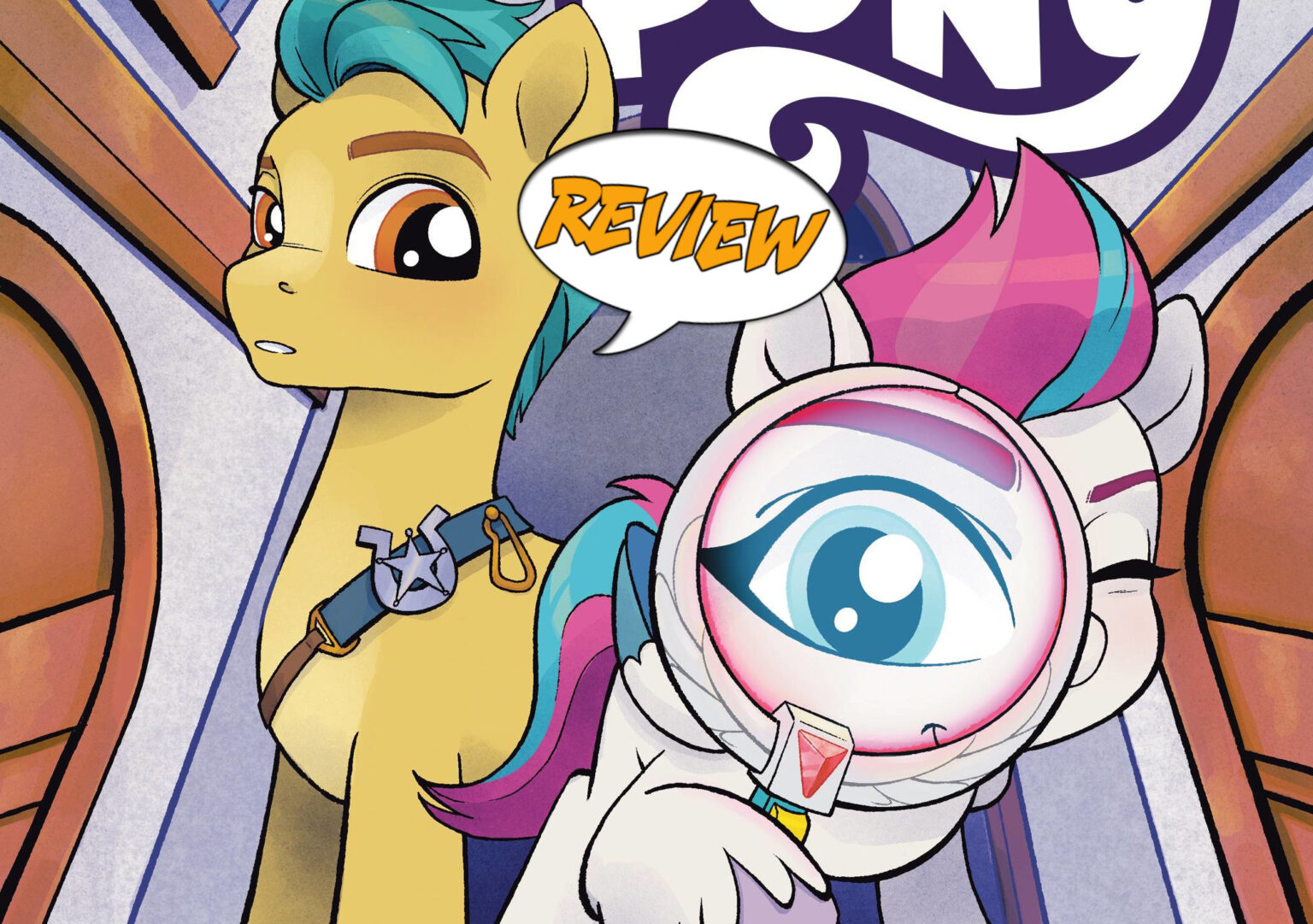 Investigator Zipp is on the case! Especially when the royal pet is missing! Find out in Zipp can find her lost dog in My Little Pony #3 by IDW Publishing!

Previously in My Little Pony: Sunny and her friends have found the ruins of Canterlot. Within the castle walls, they find Discord, who is in villain behind magic malfunctioning. Now the ponies are on the trail, but they also have other responsibilities to handle.

My Little Pony #3 starts with Zipp getting a phone call from Queen Haven to dog-sit Cloudpuff. Zipp is initially reluctant but realizes that she could perhaps look for Discord at Zephyr Heights. Queen Haven has a long list of tasks for Cloudpuff and Zipp, but Zipp does the bare minimum while tending to other things. When Zipp wakes up the following day, she realizes Cloudpuff is missing. She calls in Hitch because Hitch has critter-whispering powers. They follow the trail to Cloudpuff’s favorite restaurant and then to a shop. However, they know Cloudpuff was there but not where he went after.

Hitch talks to a bunny, who leads them to a cave. The cave has a waterfall, and Cloudpuff is relaxing. Cloudpuff agrees to return to the palace, and they can make it back for Queen Haven’s return.

NOT WHAT I WAS EXPECTING

The new generation of My Little Pony has had some exciting storylines through the movies, comics, YouTube videos, and cartoons. There has been this metaplot of magic being a little finicky and the earth ponies suddenly getting magical abilities. However, My Little Pony #3 returned to the episodic nature you would typically expect from this title. I read this comic with my 4-year-old. While she enjoyed it, she commented, “Weren’t we looking for Discord, though?” Don’t get me wrong, my daughter is obsessed with the comic book and the fandom, but it was enough to notice.

But if we consider this a stand-alone one-shot, the plot worked well. The creative team did a good job showing characterization of Zipp and Hitch while also allowing a brief lesson to be learned. Great work by the innovative team.

I fully acknowledge that this comic isn’t written for me. In fact, if my daughter wasn’t interested in it, I probably would have picked this story up. And as a comic designed for a younger audience, this does an exceptional job. 3.5 out of 5 stars for My Little Pony #3.

My Little Pony #3 returns to the episodic one-shots you would expect from the series and does so in an engaging way.