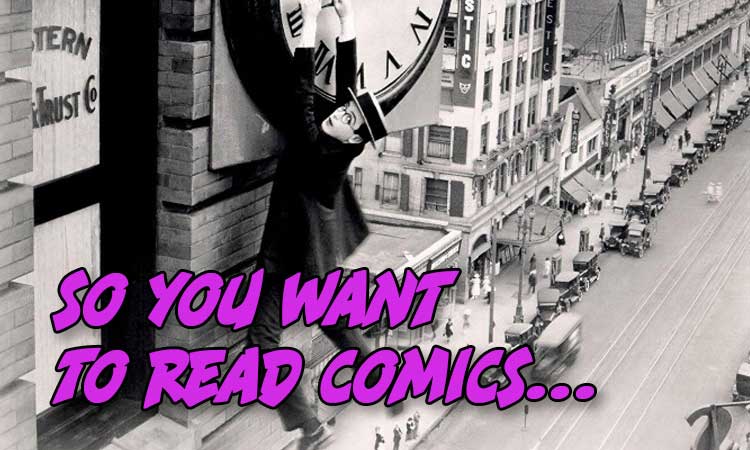 So You Want To Read Comics: Silent Films Edition

It’s a quiet one with this week’s “So You Want To Read Comics”. This is our weekly feature where we take a look at a single topic or genre, then give you two comic book recommendations, perfect for new readers, based on that topic or genre.  This week we’re looking at Silent Films.

While there were some early attempts at projecting animation onto a screen, the “silent film era” didn’t really kick off until 1894.  During this time, great strides in film technology allowed for early filmmakers to really start pushing the boundaries in visual storytelling.  Unfortunately, the ability to record dialog and sync it with the film wouldn’t come for a few years later.  This resulted in a period of filmmaking that emphasized its visuals to tell narratives.  Films like Metropolis and City Lights were able to show both the hazards and joys of modernization in society.  Nosferatu and The General managed to terrify and make people laugh, respectfully, without the use of spoken dialog.  They managed to do this by capturing a common language that went beyond words and spoke to the hopes, anxieties, and experiences that were shared amongst everyone.

So, here are a couple of comic books that attempt to do that same thing.

A newer addition to the lexicon of textless comic books, Step by Bloody Step tells the story of a young girl and her metal guardian as they march, always forward, from the wilds into civilization.  Each leg of the journey is complete with its own set of dangers and gorgeous fantasy setting.  Much like the silent films of the past, it relies on familiar imagery and body language in its drama and in doing so it becomes a story that works on multiple fronts.  On one hand, it’s a personal story about the pains of growing up and watching as heroes fall away one by one to the effects of time, more broadly speaking its a story about society moving from primitive roots into civilized status and how the dangers don’t ever truly go away, they simply change to fit the era.  All four parts of this series are available right now individually, with a collected edition scheduled to come out in August 2022.

While it’s typically emotional speeches and riveting blocks of prose that pull the strongest emotions from us, sometimes it’s the wordless looks that one person gives another that have the greatest effect, and there’s no shortage of these moments in The Arrival.  Telling the story of a man who is forced to leave his home in search of a better life for his family and himself, The Arrival captures the experience that so many have had of coming to another country and feeling isolated and alone.  The creators do this by utilizing a mixture of large and very small panels that alternate the sense of being small in something large, and the claustrophobia that can come from being an outsider and seeing everyone else’s eyes on you.  Without the benefit of words to help tell the story, the reader can empathize with the main character’s struggles in ways that aren’t possible with the assistance of text.

What are some of your favorite wordless comics?  Did you give these recommendations a look? Let us know in the comments section below.