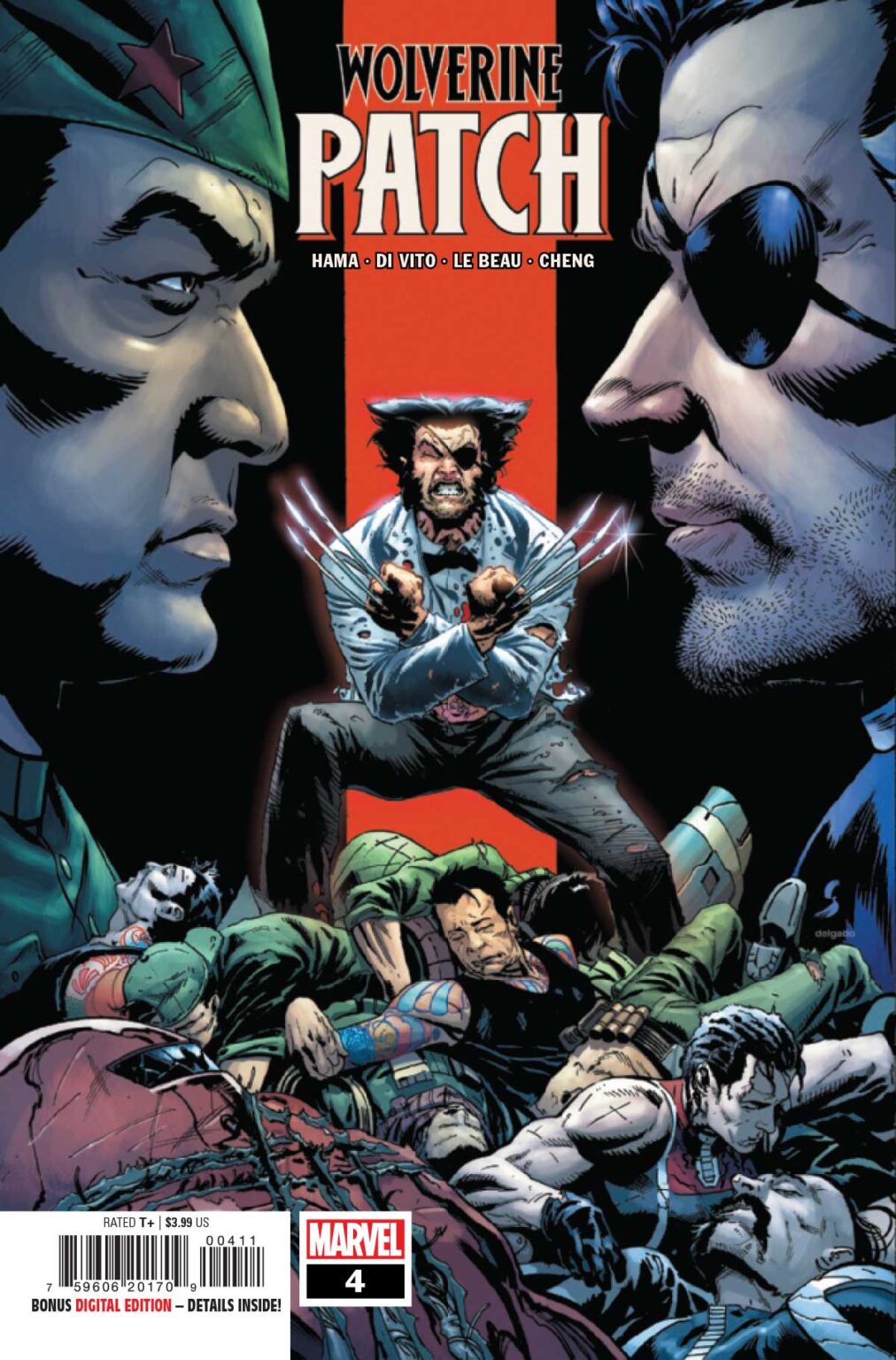 WOLVERINE: PATCH #4 (OF 5)
LARRY HAMA (W) • ANDREA DI VITO (A)
Cover by GEOFF SHAW
Variant Cover by JUNGGEUN Yoon
WAR ON MULTIPLE FRONTS — WITH PATCH IN THE MIDDLE!
• What started as simple recon in the jungles of Madripoor has erupted into all-out war!
• Now if PATCH and the mutants known as the KRASNYS are to survive against the forces of GENERAL COY, NICK FURY & S.H.I.E.L.D. and the mysterious NEMIKOVA, it’s going to take a heavy dose of luck and adamantium rage!
• And – what secret does the powerful new mutant ALEF hold?
32 PGS./Rated T+ …$3.99