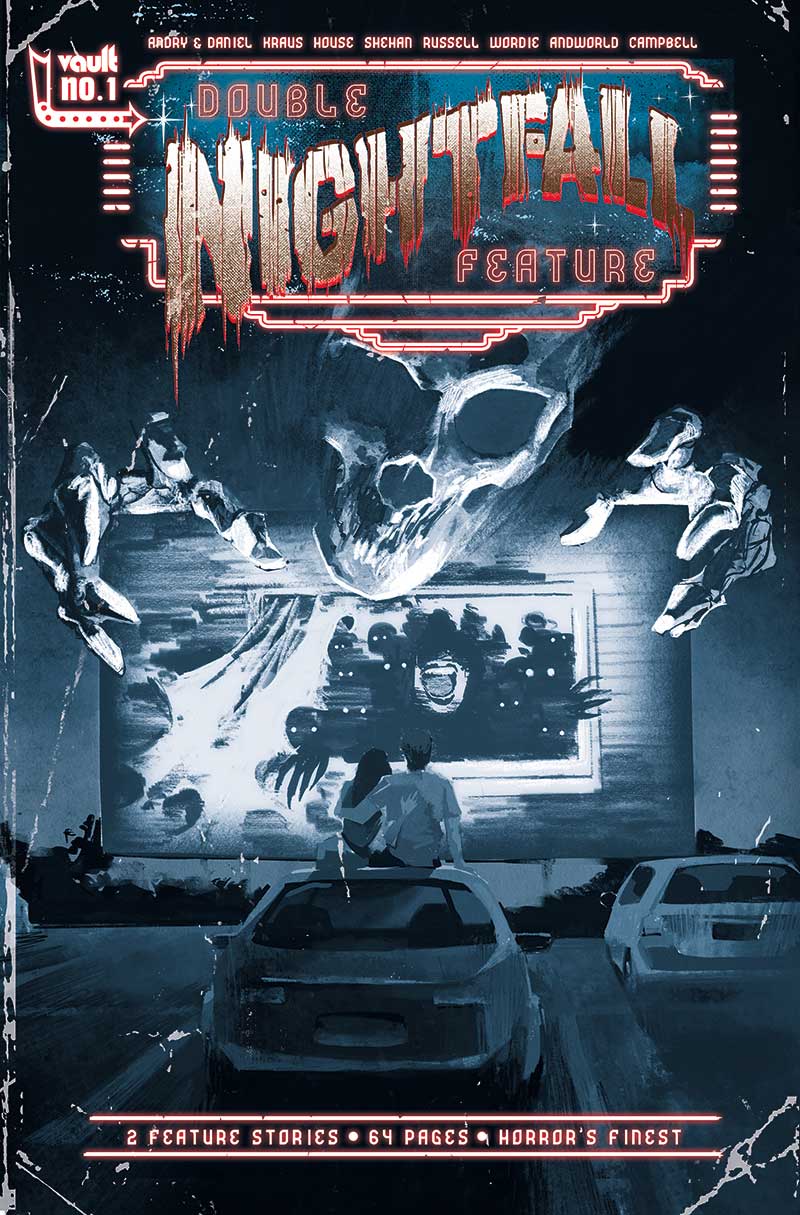 Here is what you can expect to find inside the issue:

Feature one is THE CEMETERIANS, written by New York Times Best-Selling author Daniel Kraus (The Autumnal, The Shape of Water), drawn by Ringo Award nominee Maan House, colored by Kurt Michael Russell (The Plot, The Blue Flame), and lettered by Andworld Design. After human bones begin growing inside inanimate objects all across the globe, a renegade scientist and brilliant theologian delve into the cemeteries where the bones originated, discovering an otherworldly force tired of being buried in darkness.

Feature two is DENIZEN, written by Tim Daniel (The Plot, End After End) and David Andry (Resonant, End After End), drawn by Chris Shehan (House of Slaughter, The Autumnal), colored by Jason Wordie, and lettered by Jim Campbell.  A family’s cross country road trip goes off the map and into the unforgiving wilds of Joshua Tree National Park, when mom and wife-to-be Helene succumbs to a malevolent force tucked inside an abandoned camping trailer.