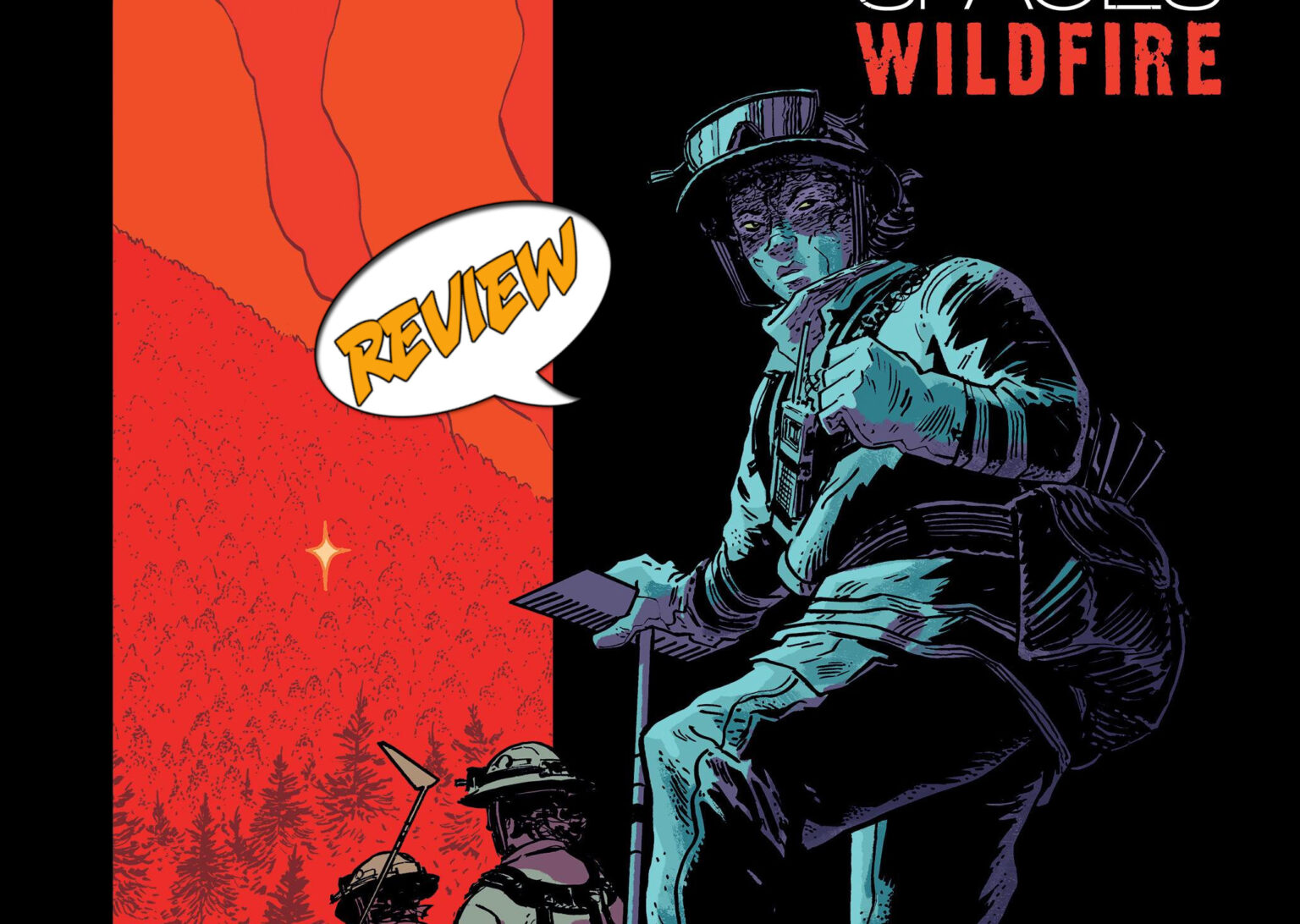 A group of inmate firefighters put their lives on the line to stop a fire. Still, they find an opportunity that could jeopardize everything. Check out the new series Dark Spaces: Wildfire #1 by IDW Publishing!

Previously in Dark Spaces: Check out the new series by Scott Snyder that takes place during California’s wildfire crisis. Crew 513 is a group of female inmates sent to fight the fires for $2 a day and time outside their jail cell.

Dark Spaces: Wildfire #1 begins with an exposition about who Crew 513 is and the fire they are fighting. The story primarily takes the point of view of Ruby Ma Ning, who acts as C.O. for this group of inmates. She leads Sawyer, Zinn, Ramos, and Brooks. Brooks is new to the team and was convicted of stealing billions of dollars through a Ponzi scheme. Brooks realizes this area is where her old boss’ mansion has a server filled with cryptocurrency. She slowly encourages her crew to try and steal it before the fire destroys it all. After a while, Ma agrees.

DEALING WITH THE CONSEQUENCES

Dark Spaces: Wildfire #1 has a simple premise and executes it oddly. The story is slow, and we spend most of the book with exposition. Throughout the work, Ma talks about the difficulty of wildfires and gives commentary about why fires spread. She also provides weird commentary about how this heist is a trap, and these firefighters will die. Who is telling the story then if Ma is killed in the theft? That is the thread that keeps the story interesting. It isn’t the plot line or the fire. It is trying to figure out who is telling the story from Ma’s point of view if Ma died in the fire. I want to finish the series to find out this weird mystery. And perhaps find out how each inmate actually landed in jail.

I am intrigued by the character design of the story. This features an all-female cast. Since the firefighters are in firefighter outfits, they appear more gender neutral than feminine except for their hairstyles. It is also difficult to tell each character apart from the other. The backgrounds are also colorful and show the impact of fire with bright oranges and yellows. Great work by the creative team on this new series.

I enjoyed reading Dark Spaces: Wildfire #1, but I’m not very interested in the main plotline. Instead, I am interested in how Scott Snyder will reveal the intricate mystery he has masterfully set up. 4.5 out of 5 stars.

Dark Spaces: Wildfire #1 sets up an extraordinary heist in the middle of one of California’s deadly fires.