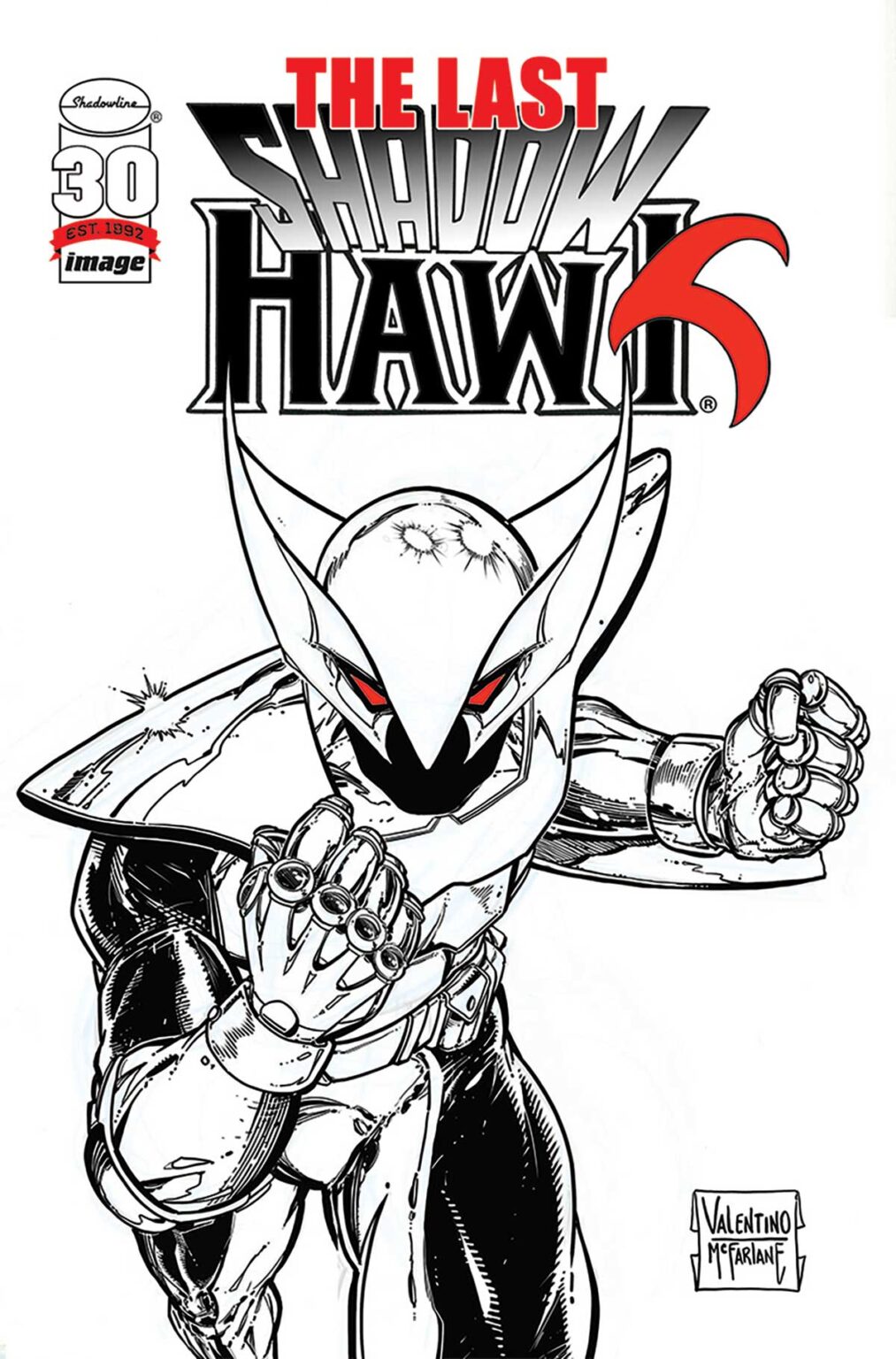 Image Comics announced a new Shadowhawk #1 cover, that was drawn by Jim Valentino with inks by Todd McFarlane in 1992.

The cover was originally intended for the 1992 release of Shadowhawk, before the iconic helmet came into play. Now, to celebrate the 30th anniversary of the series, Image Comics is releasing the art as a special silver cold foil variant. “We’ve pulled out all of the stops on this special one-shot from working with amazing talents like Philip Tan, Rob Liefeld, Daniel Henriques, Brian Haberlin, Chance Wolf, Jimmie Robinson and now Todd Mcfarlane,” said Valentino. “A bevy of incredible covers and a story of vengeance and retribution that will leave reader’s stunned. We’ve done everything we can to make this very last appearance of ShadowHawk (no lie—this really is the end) something truly special.”

Eric Stephenson, Publisher at Image Comics, added: “One of my earliest memories of working in comics is Jim calling me up to tell me about the formation of Image and then later, showing me his initial sketches and artwork for ShadowHawk. Among that early artwork was a cover for the first issue that he eventually decided against using after hitting on the idea to do the black and foil cover highlighting ShadowHawk’s metal helmet, and with Jim’s decision to bring down the curtain on the character once and for all in this special one-shot, it seemed like a good opportunity to dig that unused cover out and get someone special to ink it. Despite knowing each other for nearly four decades and co-founding Image together, Todd has only inked two of Jim’s covers before—Guardians of the Galaxy #5 and What If #11—so he seemed like the perfect choice to add the finishing touches to this cover some 30 years later!”

In the not-too-distant future, the world will be just as it is today…only worse. Evil has permeated the very fabric of society, from the halls of government to the darkened alleyways. Will the heroes who once defended the downtrodden fail them now? Will a new generation rise, inspired by the last of the old? Who will be THE LAST SHADOWHAWK?