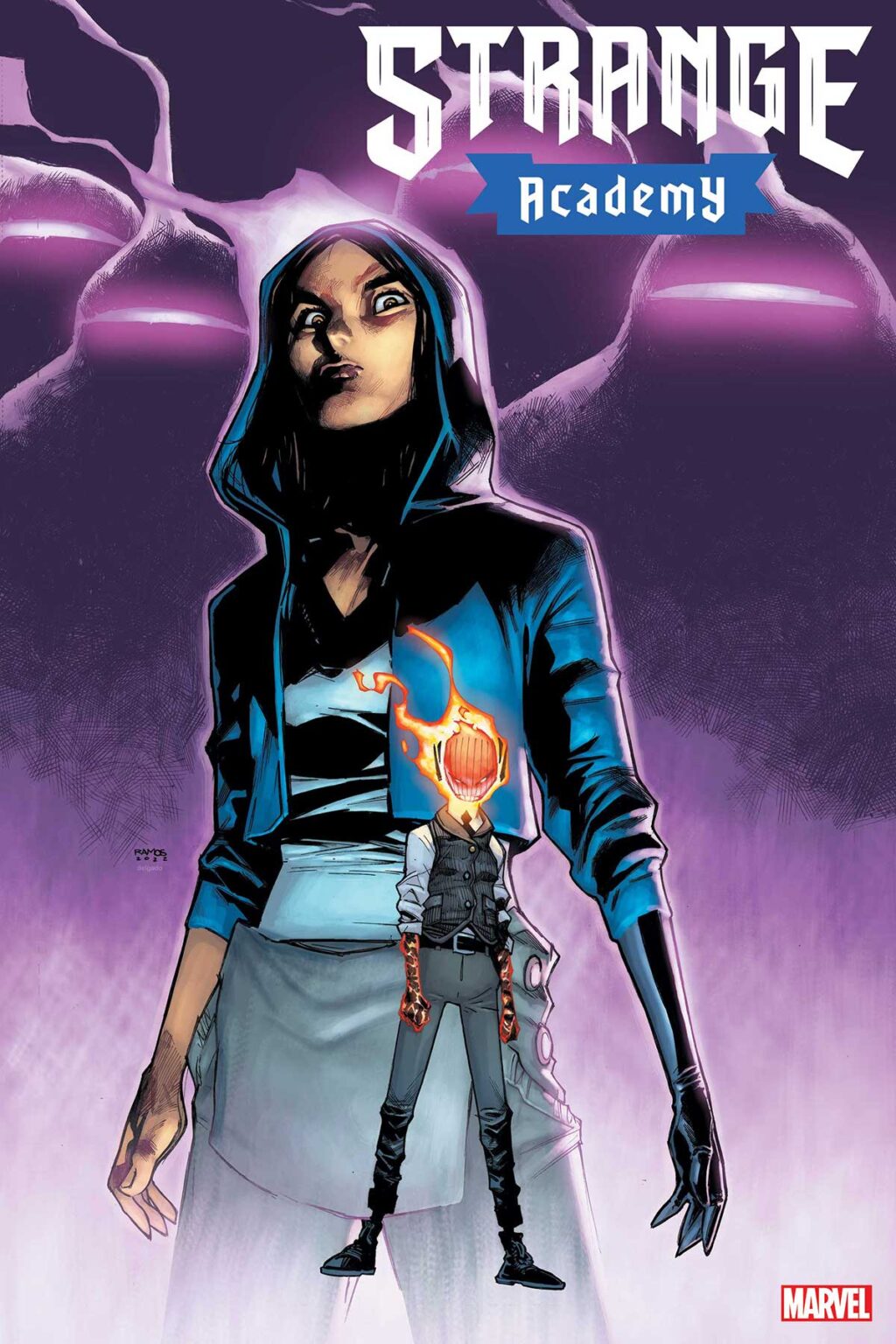 SDCC’22: Strange Academy back in session for Finals

Throughout their original run, the two powerhouse creators revitalized the mystical side of the Marvel Universe with the introduction of new captivating characters like Emily Bright, Doyle Dormammu, and Zoe Laveau. A hit with new readers and longtime Marvel fans, STRANGE ACADEMY quickly became one of the hottest Marvel titles on the shelves, and the best is yet to come!

Earlier this month, STRANGE ACADEMY #18 ended the series’ first era with a student rebellion, a daring journey to the Dark Dimension, and the realization that some of the school’s brightest stars have dark futures…

Freshman year is almost over! From day one, people have been wondering – who is the savior of Strange Academy, and who can bring it all down? The future of Marvel Magic is going to be decided here, and it will take FAR more than the Sorcerer Supreme and his school if magic has a chance!

“This is a real passion project for me and Humberto, and we’ve never had so much fun making this project,” series writer Skottie Young said in a press release from Marvel Comics. “All of the high school teen drama between Dormammu’s son Doyle and Emily Bright is going to come back, but this is not just a continuation of the next day of class! You will see the ramifications of how the first series ended, and we’re going to be focusing on some really cool characters. And with the prophecy over the last few years…someone’s going to come out of this changed in a big way.”

“When we first started, we just wanted to do something together, but it was great to see the reaction from the fans,” artist Humberto Ramos added in the same press release. “I love drawing these characters, and Skottie gives them the best scripts to play with these kids, their universe, their concerns and powers, and the way they’d like the world to be. This new saga and chapter of their lives will be really insane.”