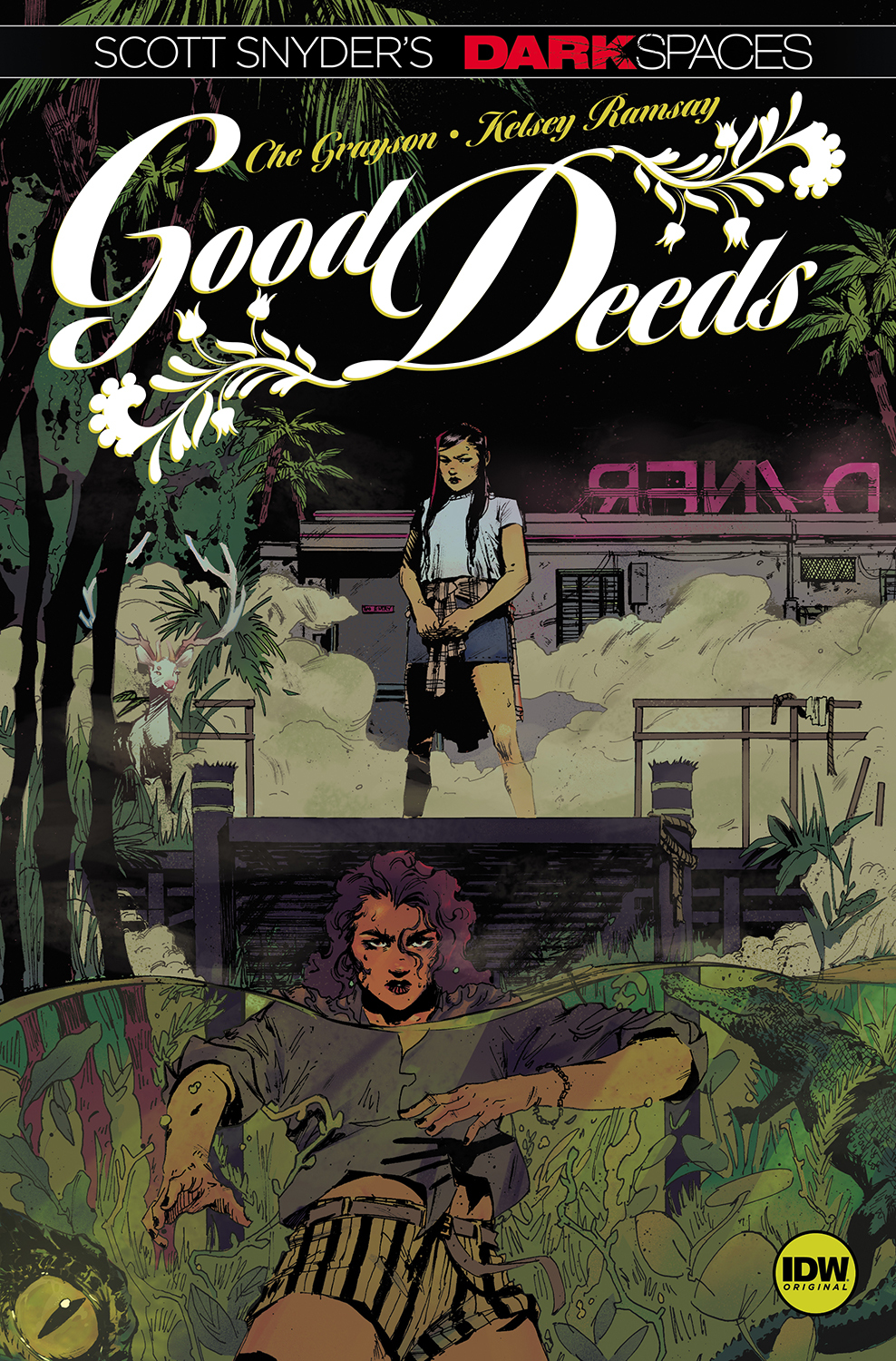 Good Deeds tells a haunting story of historical sins and a supernatural legend out for revenge. When teenager Cheyenne Collins and her mother move to St. Augustine, Florida, on the eve of the town’s anniversary, the community begins to die off one by one and a disgraced journalist steps in to seize the story and redeem her career. As the women are drawn together in the investigation, they uncover the town’s violent obsession with its founding mythology and the Fountain of Youth, as well as their own roles in the reckoning to come.

“Like Dark Spaces: Wildfire, Good Deeds is a harrowing, character-driven exploration of the personal, ethical, and material consequences of the choices desperate people make under extreme pressure,” Snyder said in a press release from IDW Publishing. “One of our primary goals with the Dark Spaces line is to champion up-and-coming talent and I’m particularly thrilled to be working with Che Grayson, an explosively talented writer and filmmaker, and the exceptional artist Kelsey Ramsay. I can’t wait for readers to experience what they each bring to this series!” “I wanted to tell an elemental and chilling story about the entangled nature of American history and the marginalized groups often erased from the narrative,” said Grayson in the same press release. “Good Deeds exists at the intersection of revisionism, legend, and truth, and my characters are motivated by a desire to either uncover or hide that truth. I’m so excited to partner with Kelsey on the project, an incredible artist whose evocative line work and character design made her the clear pick to help bring this supernatural thriller to life.” “Thrillers grounded in reality spook me in the best way,” Ramsay said, “so I was thrilled for the opportunity to become a part of realizing this bleak, enigmatic story. With Che’s incredible voice, infectious energy, and thoughtfulness, it wasn’t difficult to mirror their dazzling creative flourishes in the murky artwork and swampy Southern designs. I’m very excited to be part of this remarkable team, and I can’t wait to share Dark Spaces: Good Deeds!”