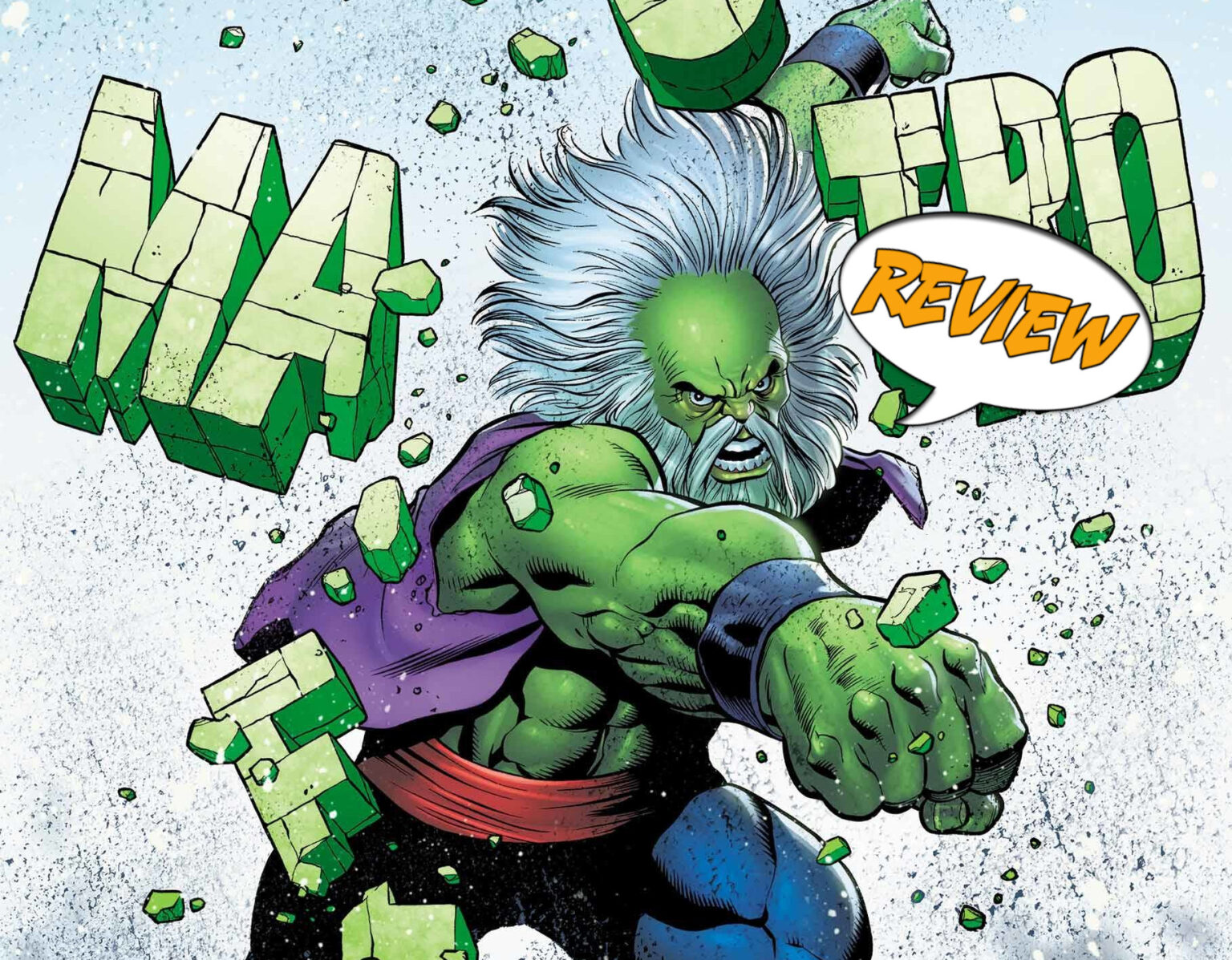 The finale of Maestro is here! Can Bruce Banner defeat Namor, Dr. Doom, and the android Human Torch? Find out in Maestro: World War M #5 by Marvel Comics!

Previously in Maestro: Bruce Banner has lived through a nuclear apocalypse and taken on the new mantle of Maestro. As a tyrant, he rules over the city of Dystopia. However, many old friends disagree with him and have returned to try and stop his rule. Maestro has just been attacked by Namor but could not land a killing blow on him. He sits with Abomination planning his next move.

SIT ON YOUR THRONE

Maestro: World War M #5 starts with Abomination and Maestro trying to figure out how to use Dr. Doom’s teleporter. Eventually, it works, but they find themselves in a cell in Doom’s castle. To escape, Maestro turns back into Bruce Banner to fit through the bars and frees the Abomination. The two split up. Namor ambushes Maestro and fights him. However, Namor has delusions about his past loved ones, and Maestro punches him. Moving on, Maestro finds Dr. Doom and the android Human Torch.

Before they can fight, Abomination hacks into Doctor Doom’s computer and teleports Maestro back to Dystopia. He then takes over the Human Torch and uses his supernova, killing everyone in the castle, including himself. Now Maestro sits on his throne, unopposed… for now.

THE VILLAIN OF THE STORY

This was an unsatisfying ending for me. Maestro: World War M #5 promised an epic encounter between many well-known characters. But most important, it implied that the title character would resolve one aspect of the plot. Instead, Namor defeated himself through his thoughts, and Abomination sacrificed himself to kill everyone else. So, what did Maestro do? He escaped the prison and punched a couple of things.

And on top of that, Abomination hacked the system off-panel, so we did not get to see that resolution. I think the story could have ended with a little more pizzazz, or at least a bit more banter. Instead, it just seemed like we were trying to tie up loose ends.

There is a different artist in this issue compared to the rest of this miniseries, and it was a noticeable difference. All the characters appeared smaller than before. I’m not sure if that was my perspective, but Maestro/Hulk is usually depicted as larger than life, and I didn’t get that here.

While the ending fell flat for me, Maestro has been an excellent series. I really got to know why Bruce Banner became a villain. As a whole, I think this series is a must-pick-up. However, Maestro: World War M #5 is a 2.5 out of 5.

Maestro: World War M #5 wrapped up the story points but failed to excite the reader.