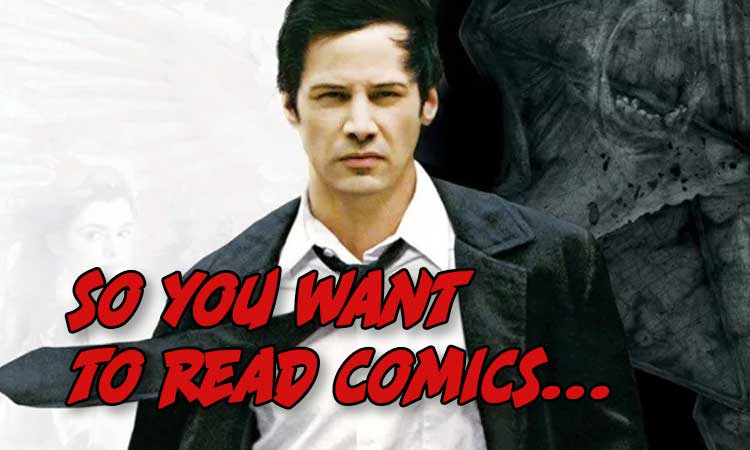 So You Want To Read Comics: Urban Fantasy Edition

We’re hitting the streets in this week’s “So You Want To Read Comics”.  This is our weekly feature where we take a look at a single topic or genre, then give you two comic book recommendations, perfect for new readers, based on that topic or genre.  This edition we’re taking a look at Urban Fantasy.

While sometimes being included under the umbrella term “low fantasy”, urban fantasy has some unique characteristics that makes it stand out from other genres that are similar.  For instance, the way that the normal world mixes with the fantasy elements often provide a major focus to the story.  Somethings like Vampire: The Masquerade has a  focus on a secretive relationship between humans and the supernatural.  Whereas the movie Bright puts these interactions out in the open, both of which lead to different types of drama.  Another characteristic that helps distinguish Urban Fantasy is that the setting has a very prominent position in helping tell the story.  Some fantasy stories can exist anywhere and not be all that different, but urban fantasy stories typically use a specific setting as an integral way to help convey the feeling and tone.  Of course with any genre or subgenre, the definitions allow for wiggle room, but these are the characteristics we’ll be looking at here.

With that being said, here are a couple of comic book series, great for lovers of urban fantasy.

While there is a case to be made that a majority of comic books are in some way, urban fantasy, it’s this title here that truly captures the spirit of the subgenre and presents it in a way that only comics can.  Primarily set in London and featuring its main character, John Constantine, Hellblazer is a series of adventures where John must use his potent magical abilities, ample street smarts, and questionable moral compass, to combat all sorts of supernatural and fantastical forces.  Hellblazer is a very long running series and has helped launch the careers of writers like Grant Morrison, Neil Gaiman, Brian Azzerello, and Garth Ennis, so there’s plenty here to read and the style is varied that even if there’s a story you don’t like, there’s a chance that the next one is right up your alley.

Imagine if all the familiar names that you’re used to seeing in old children’s stories, were suddenly forced into our world and have to maintain their own borough of New York City. That’s what you get with Fables.  While hundreds of different storybook characters show up, the primary leads are The Big Bad Wolf, known as Bigby, and Snow White, who together try to maintain peace and tranquility in their new home, while also making sure that the real world has no idea that a bunch of fairy tales are living amongst them.  A good portion of the fun to be had with this series is seeing which character shows up next and in what role they play.  Fables is somewhat unique in the comic book world as it was written entirely by one author, which is impressive considering both the vast amount of volumes this series has had and the heaps of awards it has won at various comic awards ceremonies.

So what are some of your favorite urban fantasy comics?  Let us know in the comments section below.