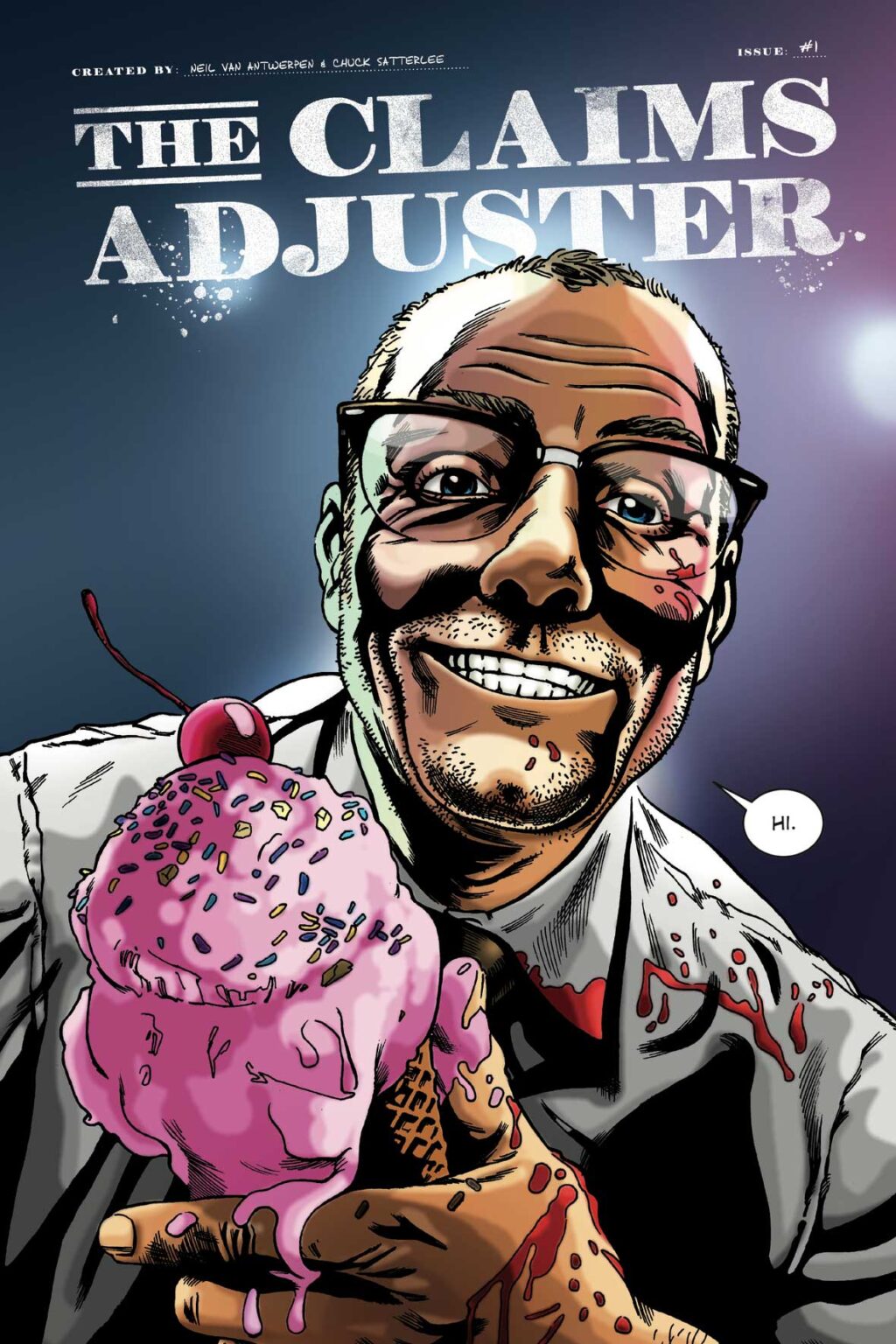 Hot off of the heels of a successful crowdfunding campaign to collect legendary Batman artist Norm Breyfogle’s Of Bitter Souls into a 400 page omnibus, Charles Satterlee continues his return to comics with Devil’s Due Comics’ first new creator-owned titles announced since Covid pandemic lockdowns began. The Claims Adjustor, created by Satterlee, Neil Van Antwerpen and industry newcomer artist, Laura Helsby, is a dark, psychological story set in a world of super-powered beings. The story features Leonard Scholnick, a claims adjuster for an insurance company that specializes in super-battle-damage. He has seen the toll that these fights take on the innocent… and having experienced loss himself, he has decided they all need to go, hero & villain alike. The series is scripted by Satterlee with story by Van Antwerpen & Satterlee, Van Antwerpen handling layouts and Helsby on pencisl & inks. Colors are by Leslie Atlantsky and letters by Chuck Maly. (Elfquest) No Other Gods is Written by Satterlee with art by Neil Van Antwerpen, colors by Nicholas Michael and letters by the great Tom Orzechowski (Spawn). Set in the sixteenth year of the reign of America’s first dictator, the Republic has fallen and the heroes of yesterday have been driven into hiding. Recently, a young hero showing glimpses of off the charts power has emerged… and the tyrant and old heroes are in a race to get to him first. NO OTHER GODS is a cautionary tale of tyranny told in a world of super powered beings.

“I couldn’t be happier to land these two series at Devil’s Due”, said Satterlee, “I have been a fan of publisher Josh Blaylock and of Devil’s Due for as long as they’ve been around. It is an honor for me and my fellow creators to have the DD logo on our books!”

“Not only did the concepts and teams behind both of these comics grab me,” said Blaylock, “but I felt that Chuck and his crew were uniquely positioned for us to work with them, and he is well experienced in what it takes to see a book through, with an understanding of production beyond the creative.”

The solicitation schedule and series details will soon be announced for both titles.