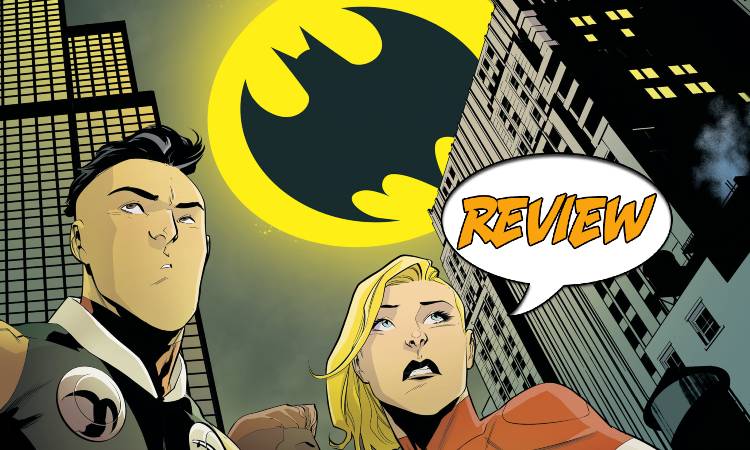 Justice League Vs. The Legion of Super-Heroes #4 Review

The Leaguers and Legionnaires have been scattered throughout time and space, and even Brainiac 5’s mind may not get them out of it this time. Your Major Spoilers review of Justice League Vs. The Legion of Super-Heroes #4 from DC Comics awaits!

JUSTICE LEAGUE VS. THE LEGION OF SUPER-HEROES #4

And will the greatest heroes of two ages be able to stop it before it’s too late?

TIME, SEE WHAT’S BECOME OF ME

From somewhere in his team’s past, Brainiac 5 tries to broadcast a signal to his team, but to no avail. He discovers (with a little help from Mon-El, Naomi, and a helpful native of the time period named Kamandi, that they’ve discovered an abandoned Leviathan base that may help them. At the same time, Batman tries to come to terms with his team being thrown through time in the last issue by getting a headcount, but even that ends up being fruitless. He does discover that Rose Forrest is among the Legionnaires, which leads to a bit of interesting dialogue, even if it misspells the name of her superhero identity as Thorne. Throughout time we see the heroes in dire straits, as Gold Lantern meets a twenty-something Alan “Green Lantern” Scott at the dawn of the 1940s, Colossal Boy and Wonder Woman deal with the world of 1962, and Computo manages to reverse the time-travel effect… with a few side-effects like an elderly Black Adam and a teenage Green Arrow upon their reuniting.

AT THIS POINT, THE TITLE IS CEREMONIAL

This issue accomplishes very little other than giving a few more Legionnaires speaking roles and allowing the President of the U.P. to lose her mind about Batman, and as the issue ends, the unspecified threat has seemingly erased the sky (although the art doesn’t seem to SHOW that.) In fact, the battle between “what the art is actually showing” and “what the story wants us to believe” is a recurring issue for me while reading this comic. Godlewski does imbue the characters with expression in the important moments, but a big two-page spread of the Legion/JLA in front of the Council of the United Planets is filled with characters emitting the proverbial Dull Surprise, and many of the details that made these designs interesting upon their debut are eliminated or underplayed here. It gives the pages a sameness that isn’t helped by the flat coloring.

Perhaps the most puzzling part of Justice League Vs. The Legion of Super-Heroes #4 is the choice to add MORE guest appearances to a story that already features thirty super-heroes and another half-dozen hangers-on, making for the point where I’m willing to wash my hands of the story entirely, as it earns 2 out of 5 stars overall. Given that it’s still not clear where/how this Great Darkness gels with the Great Darkness of Dark Crisis, but given that said threat actually KILLED much of the cast of this book some four months ago, it’s a pretty sure bet that the answer isn’t going to make much of a difference in the long run. I hope this Legion actually gets to DO something, someday.

JUSTICE LEAGUE VS. THE LEGION OF SUPER-HEROES #4

Four issues in, this series simply will not get to the point and the art, while fine, isn't able to carry the load itself.