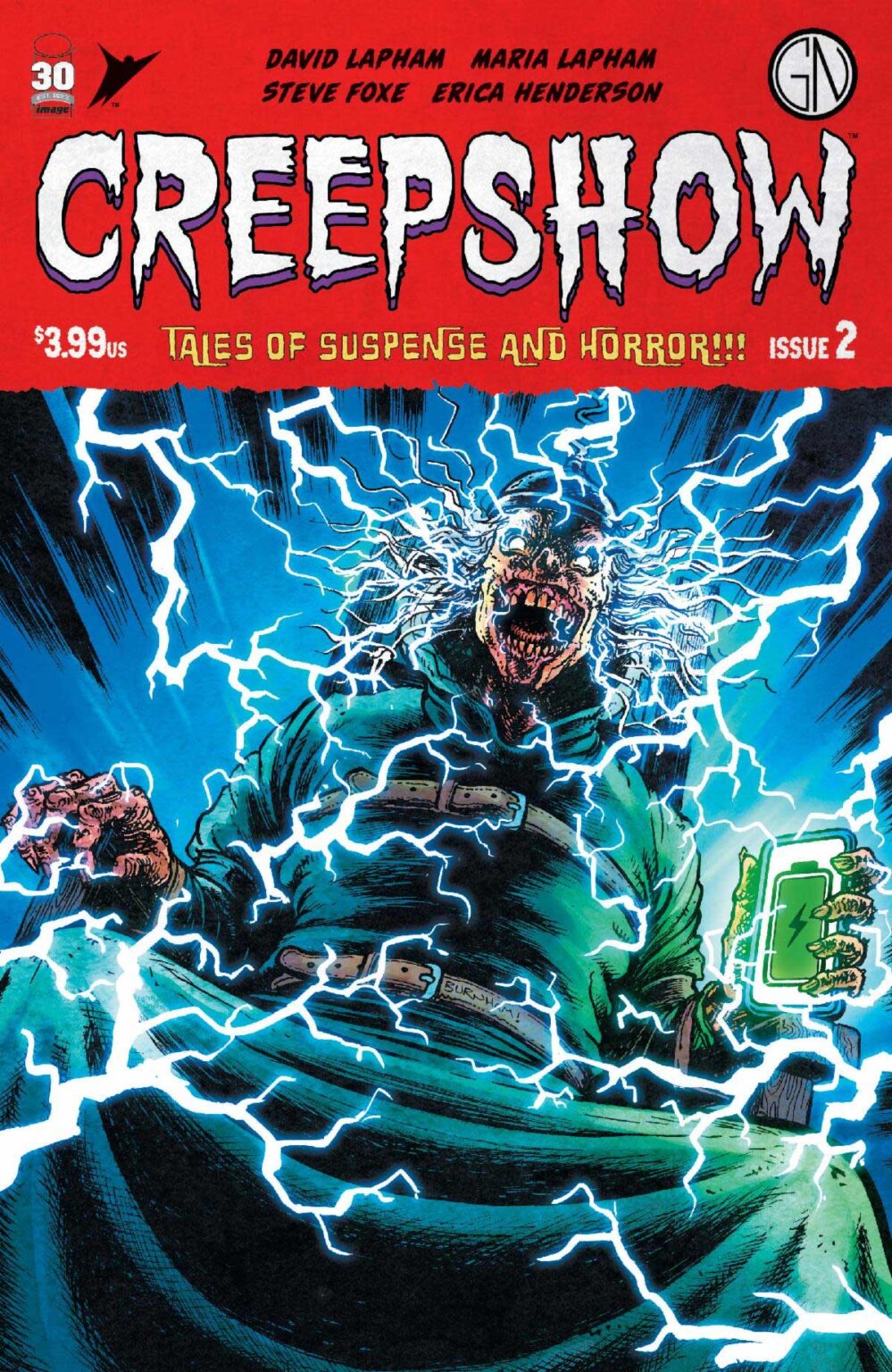 Creepshow #2 is landing in stores in October, and today we now know the creators bringing the horror comic to life.

David Lapham and Maria Lapham (Stray Bullets) kick off the issue with the terrifying tale of a tree whose roots grew so deep they reached Hell…and the girl who sat beneath it. “We were sitting in the shade of this wonderful old tree at a friend’s house, and we started wondering too much about that tree and very bad things happening,” said David and Maria Lapham in a press release from Skybound. “When we got the opportunity to write and draw a Creepshow story, the tree was there waiting.”

“Creepshow left an imprint on me waaaaay back when I was a kid terrified (but always tempted) by the horror aisle in the local VHS rental spot,” said Steve Foxe. “Getting the opportunity to contribute to this anthology, especially alongside someone as talented and delightfully demented as Erica, is a huge honor, and I could think of no subject more suitably unsettling than…pop-culture fandom. Anyone who’s waded into the putrid waters of social media knows that some ‘fans’ take things a little too far. Erica, The Creep, and I are going to show everyone what happens when just such a super-fan crosses a line—and a creator decides to fight back.”

“As a lifetime horror fan, being part of Creepshow is an honor,” said Erica Henderson in the same press release. “I hope you all enjoy delving into the deep recesses of obsession and malaise with me and Steve. We’ll be waiting for you—after all, misery loves company.”