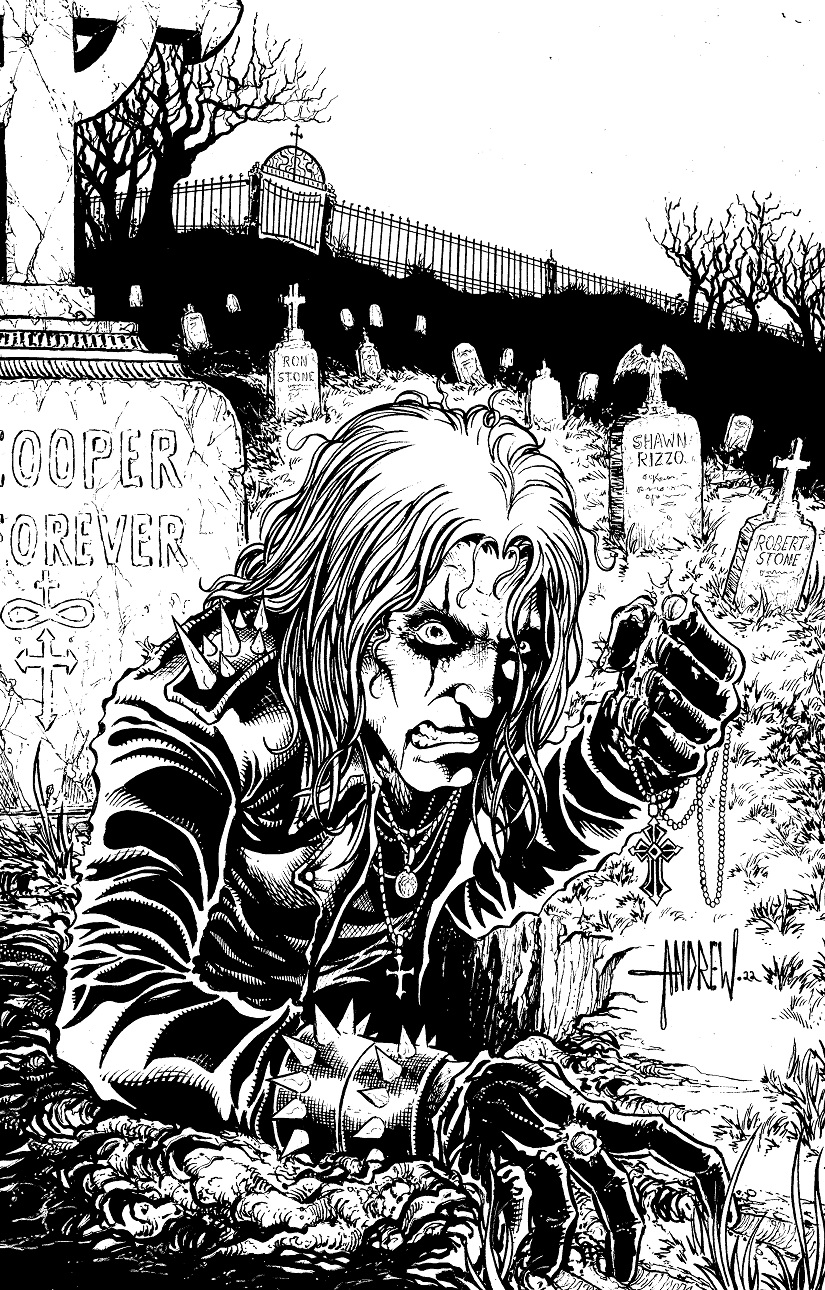 SDCC’22: Alice Cooper takes on the Prince of Darkness at Dynamite Entertainment

Rodney Barnes and Edu Menna along with Alice Cooper are teaming for Alice Cooper vs. The Prince of Darkness at Dynamite Entertainment. “The Graphic Novel medium is perfect to give new angles to the fans,” Cooper said in a statement accompanying the announcement from Dynamite Entertainment. “There is so much more you can do in the form of a comic than you can do onstage, and the Dynamite team help take ideas to new levels. It’s just a great vehicle for storytelling, and it really has almost limitless possibilities. I had such a great experience with Dynamite on our last story, that I’m looking forward to working with them on more. We’re hoping to stretch the existing boundaries of the comic medium again, and doing it with the same theatrical, sinister sensibility that comes with the name ‘Alice Cooper.’ What else can I say but Welcome to my new nightmares!”

There is no word on what the comic book will be about, though the title Alice Cooper vs. The Prince of Darkness probably tells us all we need to know at the moment. At the moment this appears to be an initial convention announcement with release dates and full creative teams being announced at another date.