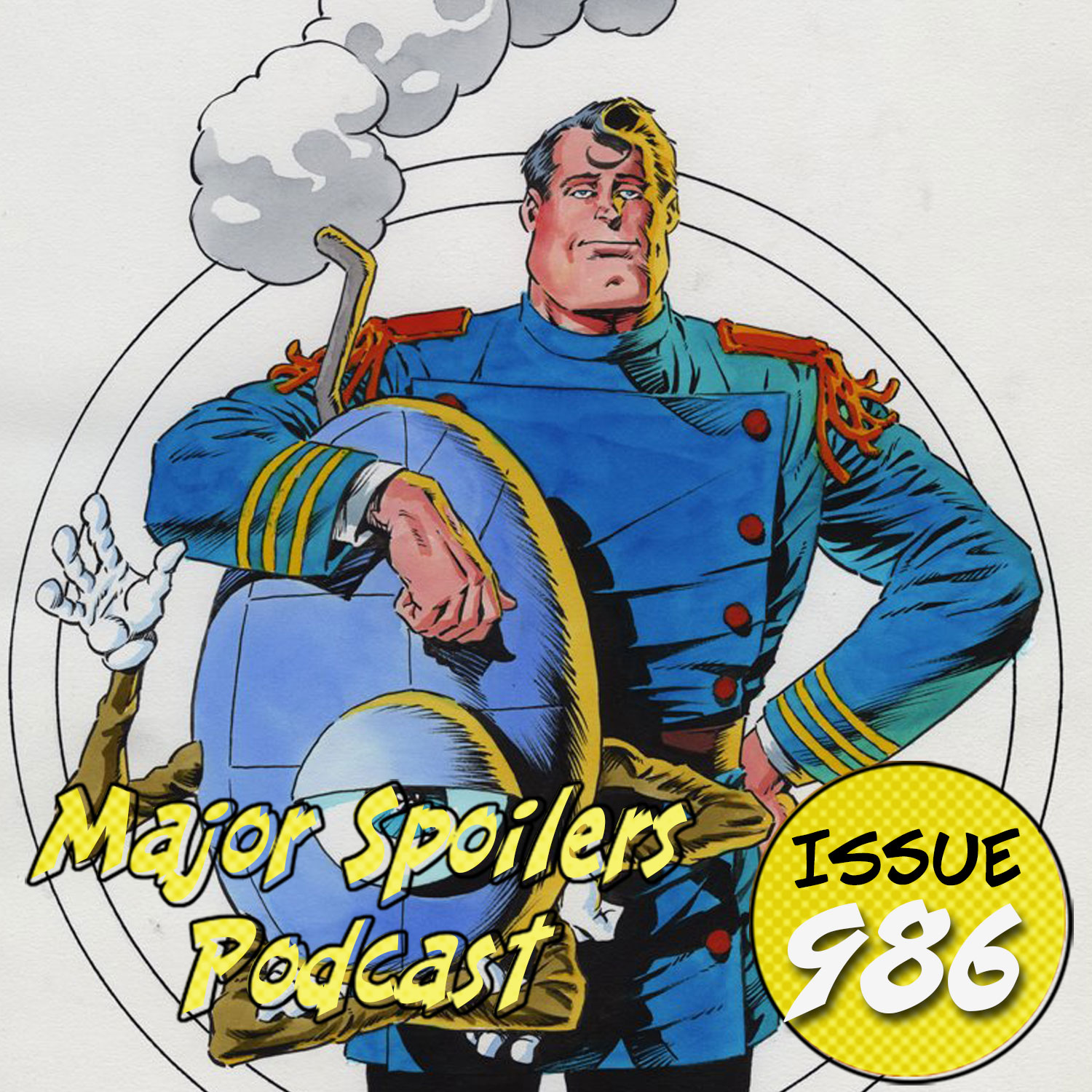 Captain Sternn goes under the microscope this week, as does the Tao of Igor, Do A Powerbomb #2, and Bloodborne: Lady of Lanterns #1. We talk Fire and Ice, Unbreakable Red Sonja, and more, on this week’s Major Spoilers Podcast! (From Galoob)

Fire and Ice celebrates 40th anniversary with games and comics

The Munsters Rob Zombie Film Coming To Netflix In September

The Munsters finally have a home. Rob Zombie's new film, which got a trailer last week, will debut on Netflix in September. The rocker confirmed the news on his Instagram page this afternoon, ending nearly a year of speculation. "This fall, we are gonna spook-out like it's 1964!

STEPHEN
THE TAO OF IGOR
Writer: John Kovalic
Artist: John Kovalic
Publisher: Dork Storm Press
Cover Price: $22.95
Release Date: May 2022
DORK TOWER IS BACK! The fan-favorite, critically-acclaimed comic returns with the eagerly-awaited TAO OF IGOR! It’s the big day - Mud Con! But is its new director, Igor, ready? Or even awake? And what of Matt, Gilly, and the rest of the gang? Great for new readers, sure to delight old fans, this is the Dork Tower collection you’ve been waiting for!

Lona Steelrose is brought to another dimension and given an opportunity that could change everything. Will she join the DEATHLYFE tournament?!

You can purchase this issue via our Amazon affiliate link - https://amzn.to/3aOIpJN

RODRIGO
BLOODBORNE: LADY OF LANTERNS #1
Writer: Cullen Bunn
Artist: Piotr Kowalski
Publisher: Titan Comics
Cover Price: $3.99
Release Date: 7/27/2022
New comic series based on the critically acclaimed gothic gaming hit, Bloodborne!
Enter the city of Yharnam through the eyes of its citizens, when new hunters take to the streets to fight against the cruel and unusual epidemic that has gripped the city. In the black of the night, families and faith will be tested...
Fan-favorite artist Piotr Kowalski returns to the series with Eisner Nominated writer Cullen Bunn (The Sixth Gun, Wolverine, Spider-Man: Season One)!

You can purchase this issue via our Amazon affiliate link - https://amzn.to/3zioc8A

CAPTAIN STERNN
First conceptualized in the late 1970s, Captain Sternn was developed by artist Bernie Wrightson during his time at The Studio. The character's first published adventure was developed for Tyrannosaurus Press in 1977, and was eventually published in 1980 in Heavy Metal magazine.