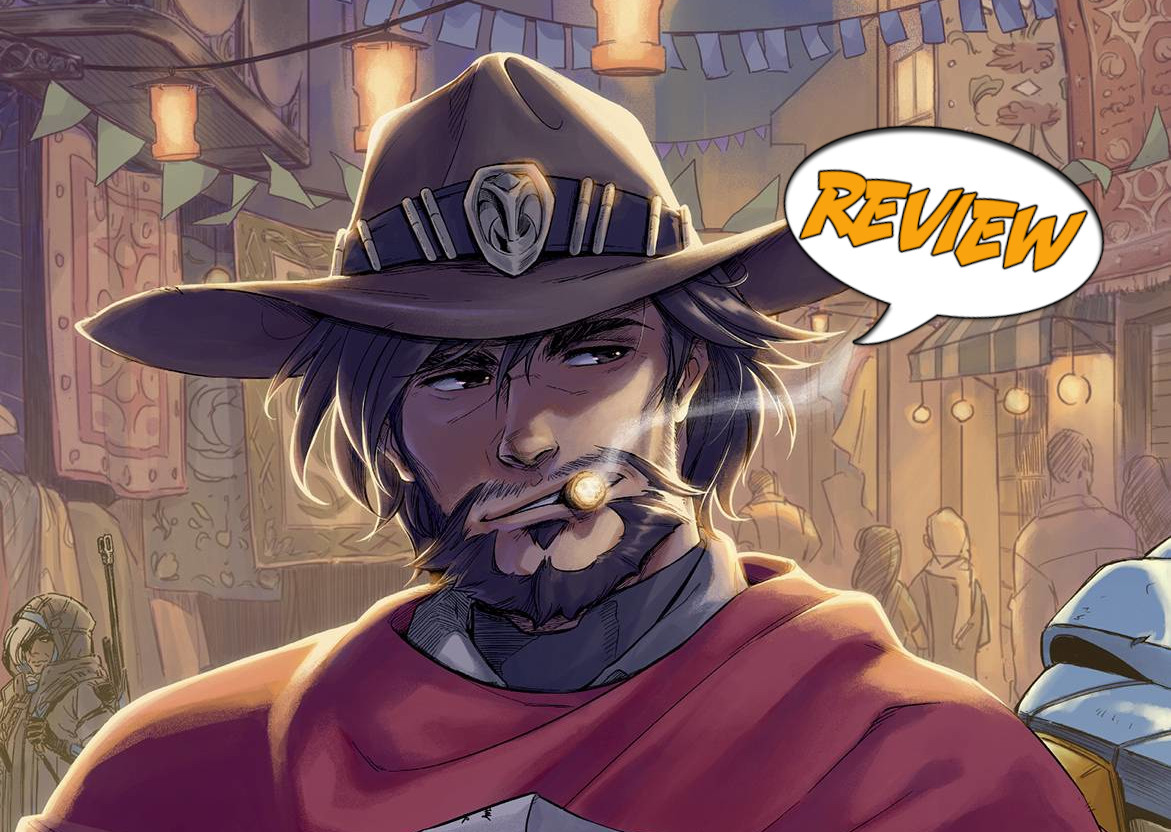 Cole Cassidy has received the call to rejoin Overwatch. But if he returns, things are going to have to change. Find out what happens in Overwatch: New Blood #1 by Dark Horse Comics!

Previously in Overwatch: Overwatch came out in 2016 and took over the FPS video game community by storm. With Overwatch 2 right around the corner, we look at some of the heroes that make the world feel real!

Overwatch: New Blood #1 starts with Cole getting a letter to visit an old friend in Cairo, Egypt. When he arrives there, he meets with Ana, and they share a drink and a long conversation. However, they end up talking about Overwatch. Before they get too deep in the exchange, they are attacked by several assassins. They head to Ana’s hideout and continue their discussion. Ana suggests that they need a leader if Overwatch is to come back. Cassidy thinks about this and realizes they can’t bring back just the old Overwatch; they need new blood. Cole then decides to try and recruit Pharah.

I admit I have quite a few hours on Overwatch. I have a fair understanding of the game and the primary storyline. However, I don’t really have a firm grasp of the characters’ personalities. Overwatch: New Blood #1 offers excellent insight into who some of these heroes are and what role they play in the overarching narrative. In my mind, Cole Cassady was just a gunslinger who was part of Blackwatch. Now, I understand that he is a thinker concerned with the greater philosophical meaning of being a leader. And this issue has a great narrative arc that I appreciate. Great work here by the creative team.

I felt a little underwhelmed by the art. The action scenes were dynamic and entertaining, but nothing grabbed my attention, and sometimes the backgrounds felt a little flat. The art is solid but not exceptional. Still, great work by the creative team.

I enjoyed this issue because I am familiar with the source material. But this probably is a little boring for someone who isn’t into the Overwatch video game. For my tastes, Overwatch: New Blood #1 is a solid 3.5 out of 5 stars, and I’ll likely follow the rest of the series.

Overwatch: New Blood #1 does a great job showing us the personality of a fan-favorite character.