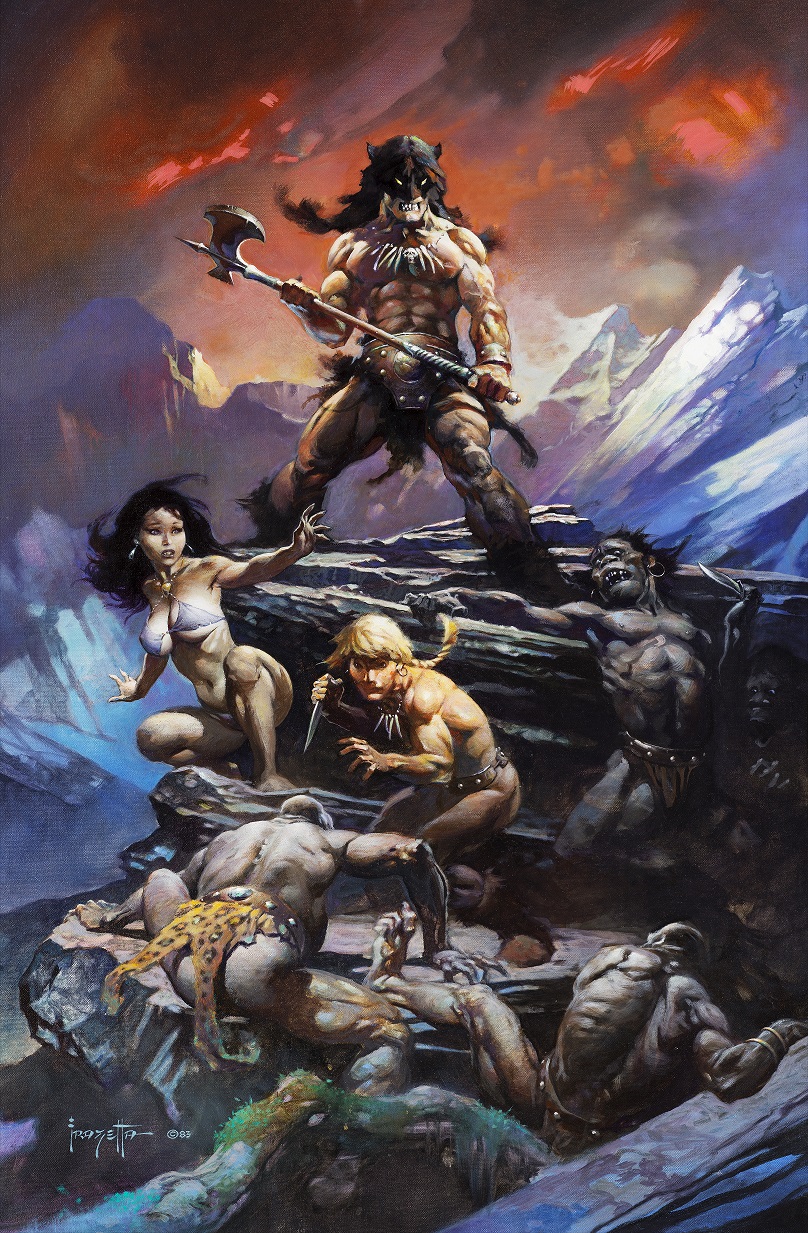 Fire and Ice celebrates 40th anniversary with games and comics

Fire and Ice returns! The beloved sword and sorcery masterpiece of artwork, animation, and storytelling is making its way back to the hearts and hands of fans thanks to a new partnership between Dynamite Entertainment, the Frazetta Girls brand, and Bakshi Productions for both new comic books and tabletop games. With the coming 2023 marking 40 years since the 1983 release of the original film, now more than ever is the time to celebrate and continue the legacy of this innovative and memorable film. Dynamite is working alongside the Frazetta family and Bakshi Productions with talented creators to craft a truly special set of follow-ups that will delight fans new and old.

“My grandpa introduced me to his film, Fire and Ice when I was in grade school,” said Sara Frazetta. “Watching movies together, especially Fire and Ice, bonded our relationship. We felt the intensity of the scenes together. We were transported into the world he created. It was magical. Fire and Ice has remained in my top favorite films of all time and to be able to reignite the property with the Bakshi family and Dynamite is incredibly exciting!”

“Bakshi Productions is excited to work with the Frazetta Girls and Dynamite Comics to create new Fire & Ice media,” shared Eddie Bakshi. “It is an honor to again explore the fantastic world that Frank Frazetta and Ralph Bakshi created. I know that Bakshi fans have been waiting a long time for more Fire & Ice material, and that’s what we plan to give them.”

Dynamite CEO and Publisher Nick Barrucci added, “Fire and Ice is a seminal classic animated feature that is beloved by fans and creators alike. In having discussions with Sara Frazetta, and having brought up my love of the movie, she stated that we could have further conversations with Joe Weber, Sara Frazetta, and Eddie Bakshi to see if we could work on a creative direction that everyone would be happy with to expand on the series. It was important to all of us that we bring something new and grew the fantastic tapestry that came before. Fortunately, we all agreed on the direction of the series, and are bringing the fans the back story of these incredible characters that will build on the movie. Then when the opportunity came to release a game based on the movie, that was just icing on the cake. I speak for myself and the team at Dynamite when I say that we are honored to work with the Frazetta family who are comic book royalty, and the legacy of the Bakshi family. We can’t wait for fans and retailers to see the series as it’s released.”

A comic book series is set to debut that will serve as a prequel and continue the themes and ideas of the original film. That ended with the barbarian hero Larn and his beloved Princess Teegra embracing in their victory and survival against the fearsome evil queen Juliana and her demented son Nekron. While their mysterious erstwhile ally Darkwolf looked on from afar. Could fans get to see these characters again, or be introduced to a barbaric and fantastical cast of newcomers? These secrets will be revealed in time as the projects come to fruition.

Further creative team information will be revealed soon, but the comic series will feature a cover presenting Frank Frazetta’s original masterpiece painting created for the development and eventual poster for the movie. Superstar artists with a love of the mythos will be announced closer to the solicitation date.

In addition to a thrilling comic book prequel, Fire and Ice will also be coming to gamers’ tabletops! The expansive fantasy mythos and memorable characters will translate perfectly to the roleplaying sphere where these tropes are beloved by gamers who play the likes of Dungeons & Dragons, Pathfinder as more, with many games taking inspiration from Fire and Ice and Bakshi’s other fantasy films. The exact format and design of the game is to be revealed.

Fire and Ice was the match made in heaven collaboration between Bakshi and Frazetta. The two developed the concept together and the film’s art style was based on Frazetta’s work, brought to life through Bakshi’s animation. They then called in comics scribes and Conan the Barbarian veterans Roy Thomas and Gerry Conway to handle the script. Frazetta was then also closely involved in production, from casting to the rotoscoping filming sessions. In its day the film was heralded as if a comic book was brought to the big screen, and now Dynamite is bringing it back to some of its major inspirations in other media.

The original Fire and Ice film was directed by the master animation director Ralph Bakshi. Beyond innovative for his time, Bakshi revolutionized adult animation and techniques like rotoscoping and unique mixes of animation with live-action photography. Breaking out in 1972 with his adaptation of Robert Crumb’s raunchy comic feature Fritz the Cat, Bakshi would go on to create a trio of beloved sword and sorcery films in Fire and Ice, Wizards, and his adaptation of The Lord of the Rings.

Frank Frazetta is considered the Godfather of fantasy art and continues to influence countless painters and illustrators to this day. Early in his career he worked in traditional comic book and strip illustration in the “Golden Age”, such as a string of Shining Knight features for DC Comics. As his career progressed, he moved to a focus on painting and creating covers for classic novels, film posters, and some comic books as well. Within comics he was associated with Warren Publishing’s Creepy, Eerie, and the now published by Dynamite Vampirella. His paintings on subjects like his “Death Dealer” have become iconic across merchandising and the original paintings are some of the most sought after art pieces in the world.

“I’m tremendously excited to see the return of Fire and Ice, and while I know this project will evoke powerful feelings of nostalgia to longtime Frazetta and comics fans, this world fits perfectly with the realms of fantasy that are incredibly popular right now,” said editor Matt Idelson. “Really, it’s a perfect marriage.”

More details will be revealed soon!