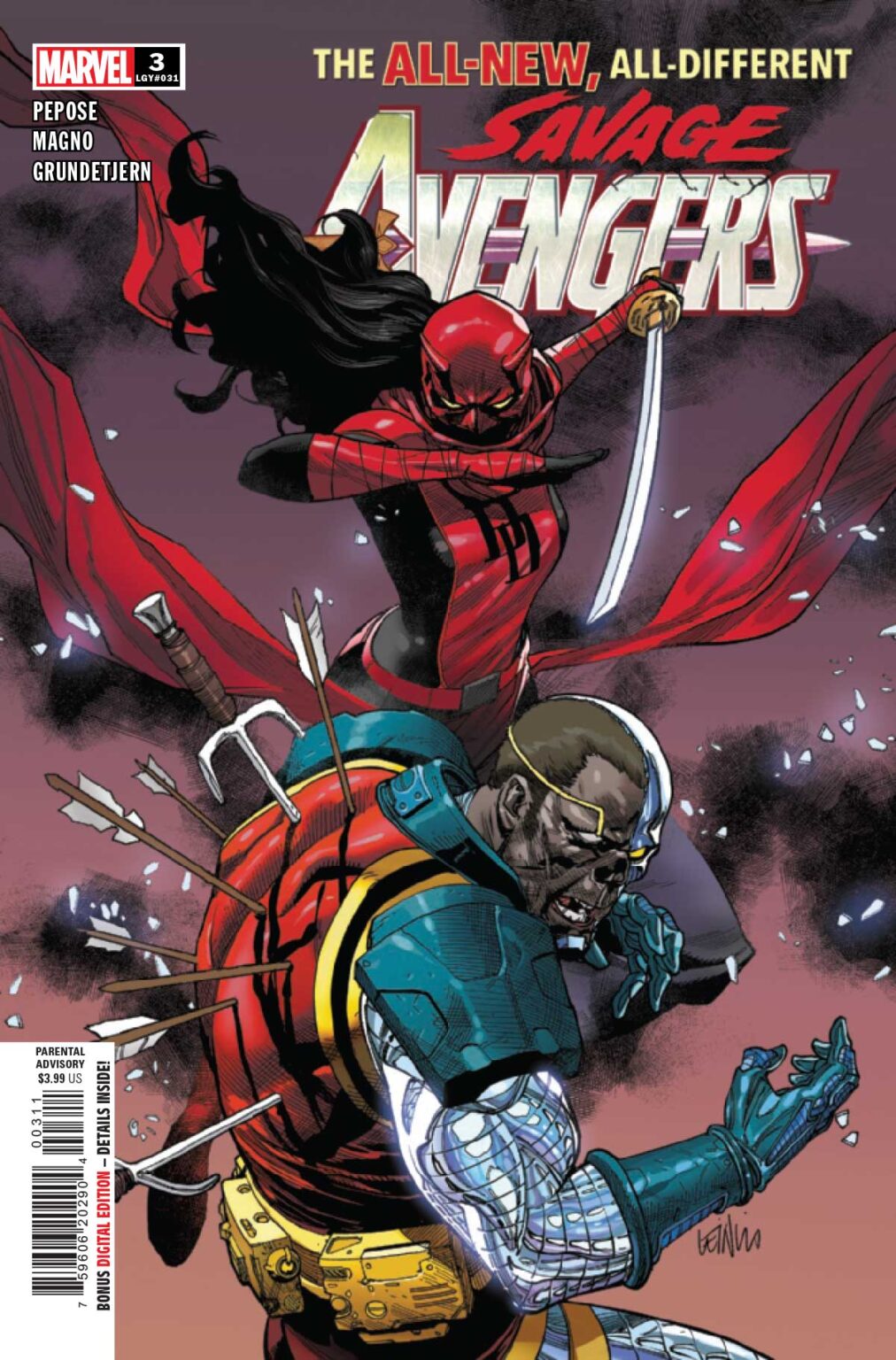 SAVAGE AVENGERS #3
DAVID PEPOSE (W) • CARLOS MAGNO (A)
Cover by LEINIL FRANCIS YU
Teaser Variant Cover
by GIUSEPPE CAMUNCOLI
Predator variant COVER
by Mirka Andolfo
JOURNEY TO THE TEMPLE
OF THE BEAST!
Banding together the deadliest warriors of the Marvel Universe, Conan and the Savage Avengers have never been accustomed to playing defense. But after being hunted across the Hyborian Age by DEATHLOK THE DESTROYER, only one thing’s for certain — our heroes aren’t running anymore. Armed with a death-defying plan in the heart of a forbidden temple, can even the Savage Avengers fight against the future? Or will an ancient evil crush their victory before they’ve even begun? Everything changes in this sword-and-sorcery showdown between Cyborg and Cimmerian!
32 PGS./Parental Advisory …$3.99