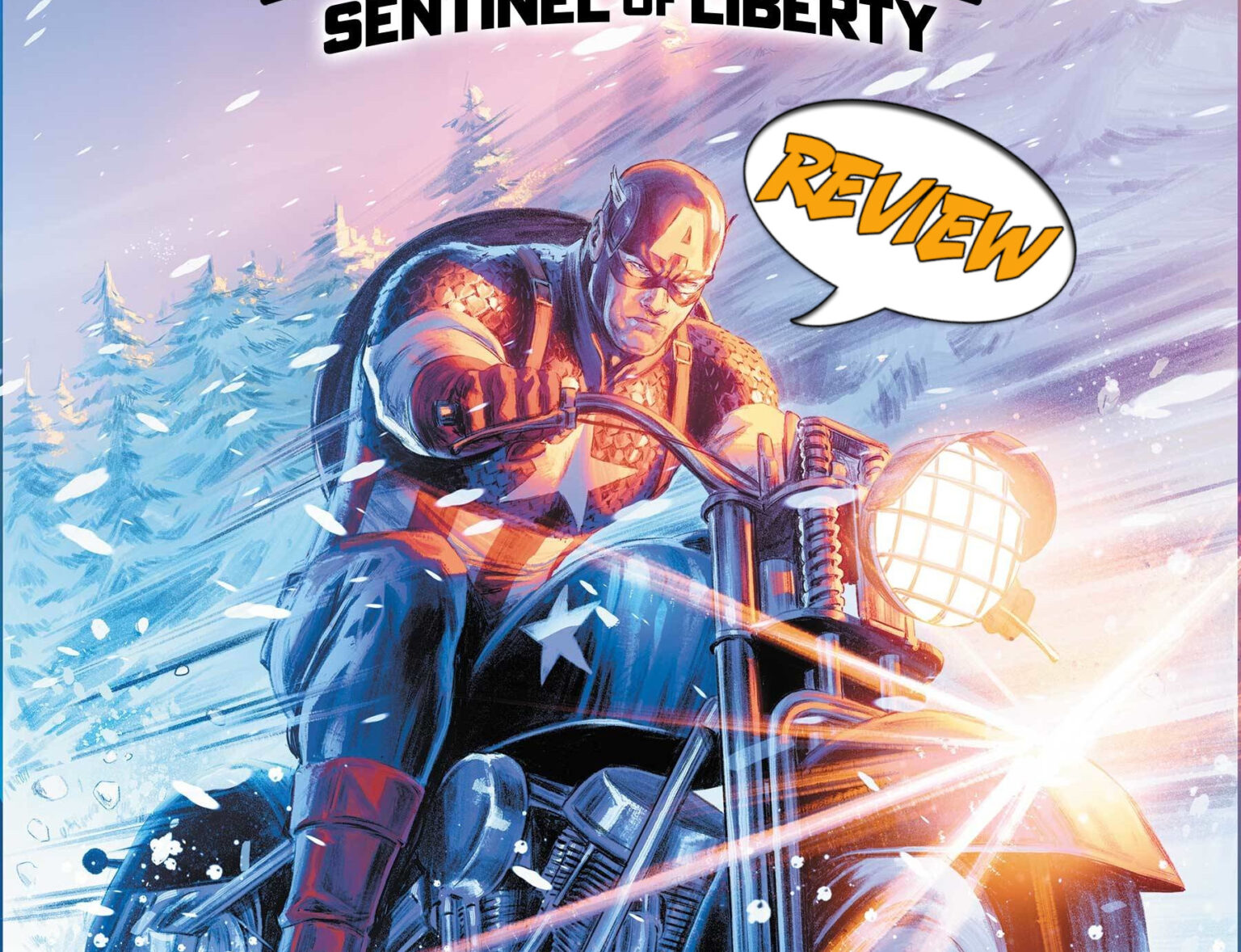 Steve Rodgers prevented an attack on the 4th of July, but the attacker died before he could find out who hired him. Find out if Captain America can solve this mystery in Captain America: Sentinel of Liberty #2 by Marvel Comics!

Previously in Captain America: Captain America received a cryptic radio message and called in some old friends to help him crack the code. The code said there would be an attack on the 4th of July and Steve Rodgers suits up with Bucky Barnes to stop the attack. The attacker is a young kid dressed as the Destroyer, but he is killed before Steve can get any information. Now Steve Rodgers tries to figure out what is going on, and Bucky is nowhere to be found.

Captain America: Sentinel of Liberty #2 starts a few days after the first issue. Bucky is nowhere to be found, and Steve Rodgers is trying to figure out his next move. After talking to old and new friends, he hears about The Forge, a green energy power plant in Germany. Steve heads to investigate the Forge and finds a group of soldiers using tech from A.I.M., Hydra, and the Hand. On top of that, he recognizes one of the soldiers as someone he once fought alongside. At the plant, Captain America finds a giant symbol of his shield and is attacked by what appears to be a robot.

Meanwhile, Bucky Barnes is in a casino in Madripoor and finds Peggy Carter!

THE POWER OF THE SHIELD

This past spring, I taught a brief lecture about symbolism in comic books with my primary focus on Captain America. Usually in this lesson, the class formulates an opinion about what the American Dream is or what it means to be American. This theme is central to many Captain America storylines. In Captain America: Sentinel of Liberty #2, the symbol of the shield is distorted, but it isn’t clear what it is supposed to represent. This leads to my primary concern that we are asking more questions and not answering anything. I left this issue confused about what is the hook and what is the subplot. In this stage of the narrative arc, bringing up more plot hooks and mysteries is okay. Still, you must progress on the storylines you already have going. And I don’t think the creative team did that here.

Captain America: Sentinel of Liberty #2 has many great ideas and solid art. But the story beats present a lot of mystery without answering many questions. However, there are beautiful artistic character designs in a large cast of characters. 3.5 out of 5 stars for this issue.

Captain America: Sentinel of Liberty #2 presents a lot of good plot hooks that threaten to overcomplicate the story.