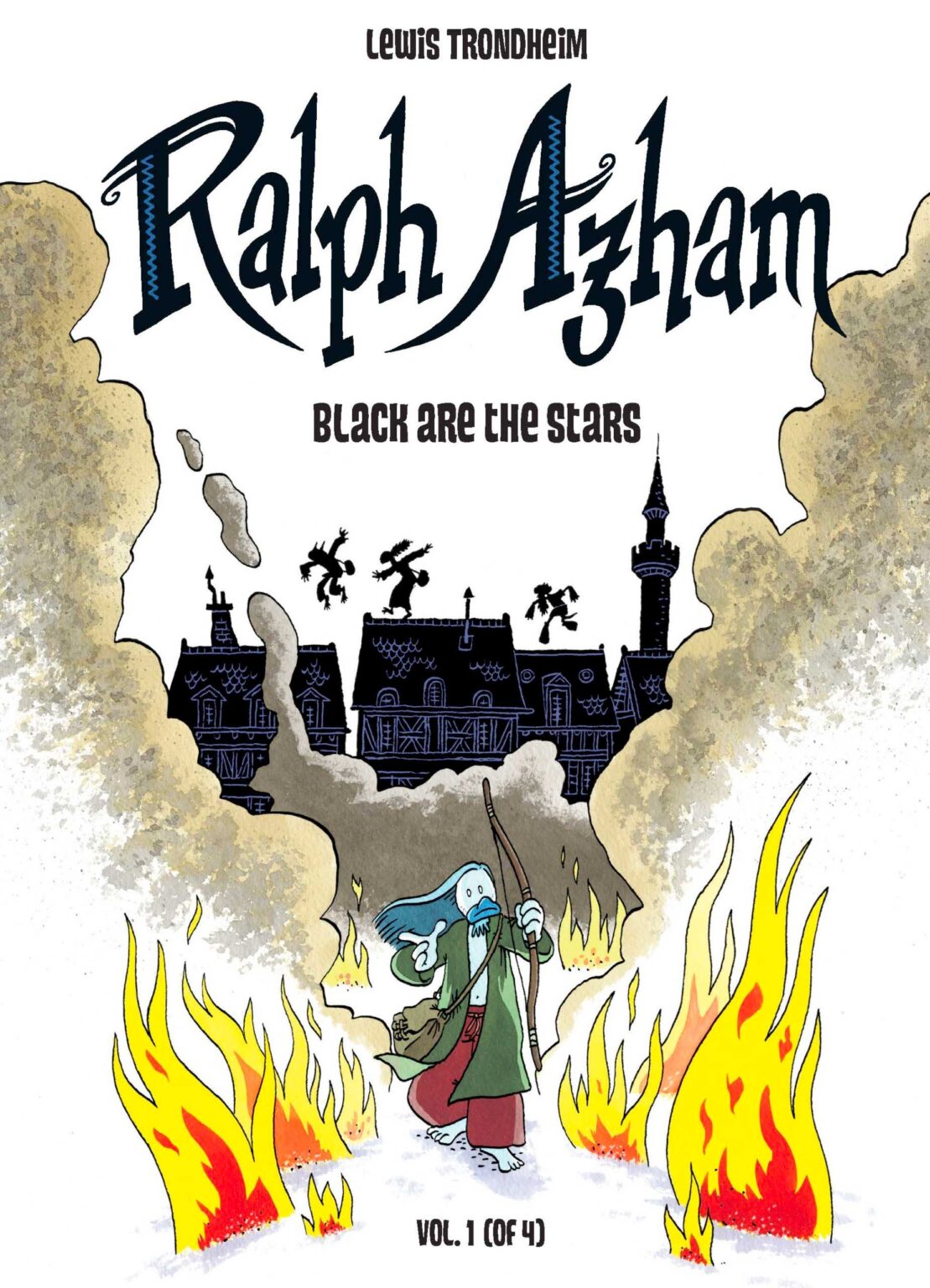 Papercutz announced the August release of Ralph Azham Volume 2, a story of fathers and sons, magic and mysticism, and plenty of action and adventure, from cartoonist Lewis Trondheim.

Here is the description of the book from Papercutz: In this sprawling adventure by award-winning cartoonist Lewis Trondheim, filled with heavily-guarded castles, apocalyptic red skies, flying beasts, and deep mythos, our protagonist Ralph Azham discovers he has a long-lost sister, Captain Rose Azham. She had a vision that the two siblings will fight to the death sometime in the future. To interrupt the family reunion, a King possessed by the wicked sorcerer Malick declares a vendetta against Ralph, after Ralph’s uncanny power to conjure spirits. Now, guided (and sometimes dragged) by spirits, Ralph and his loyal page Yassou must flee the puppet king’s forces through treacherous mountain passes to hazardous high seas… Nowhere is safe for Ralph and his scrappy entourage. But how long can he run for? And what of the rumors Ralph has been spotted in cities causing more chaos and destruction? The fate of the world, or the end of the world, might depend on Ralph’s next step.