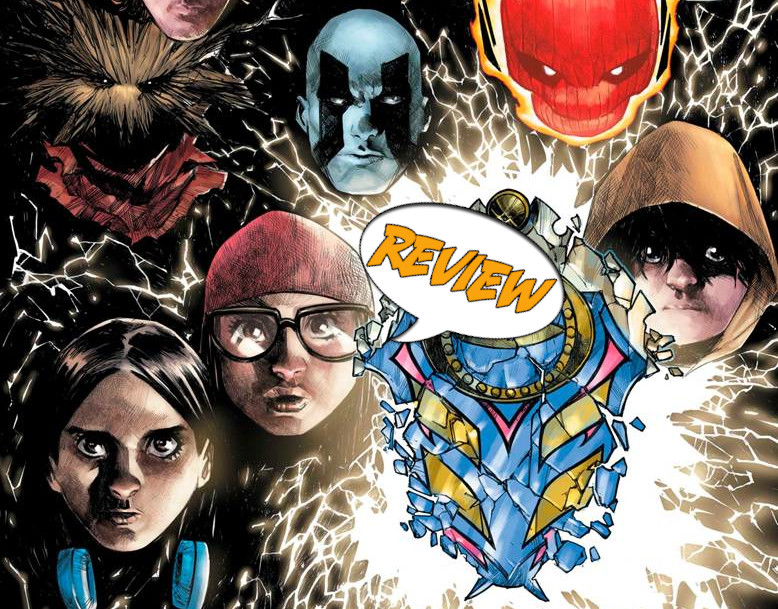 Previously in Strange Academy: Calvin has been expelled for selling dangerous wishes to his classmates. And Doyle has been managing a prophecy that says he will destroy Strange Academy. With these rising tensions, Emily has planned a walkout and has taken most of the students with her!

Strange Academy #18 shows Emily hiding out at The Sanctum Sanctorum. Since Dr. Strange is dead, the place is vacant for their use. The students try to determine their demands, and Emily gets angry and nearly hurts her classmates. Doyle senses her anger and revisits Ms. Hazel. Doyle sees the future, and his suspicions are confirmed. It isn’t him that destroys Strange Academy but Emily. He calls Dr. Voodoo to tell him they must remove Doyle’s ring on Emily’s finger before it corrupts her.

The teachers plan a visit to the students and try to bring them back peacefully, but Emily stands her ground. So much so that she attacks both her fellow students and teachers and successfully subdues everyone. She then opens a portal to the Dark Dimension!

NOT IN THE RIGHT MINDSET

I don’t think I was in the right headspace for Strange Academy #18. Something about teenagers committing acts of violence just didn’t sit right. I know we should separate our fiction from reality, but I struggled with Emily turning into a potential villain. This is unfortunate because I love these characters. Doyle and Emily are incredibly engaging together, but we expect Doyle to be the villain because of his relation to Dormammu. Instead, it is Emily. This is something that has been foreshadowed and an exciting idea. But I struggled with the theme of this issue due to recent events.

I also struggled with some of the linework. There was a page that showed Emily using magic, and I struggled to discern what was happening. I admit that this may be my review copy that has a watermark on every page. The colors, however, are done really well.

BOTTOM LINE: GOOD BUT NOT THE RIGHT TIME

Strange Academy #18 has been in the works for many months, and its publication schedule can’t know the state of current events. Despite that, the story is still beautifully written and thorough. On top of that, the narrative arc makes sense. With that in mind, Strange Academy #18 gets 3.5 out of 5 stars.

Strange Academy #18 explores the themes of protest and standing up for oneself, but it takes a dark turn.