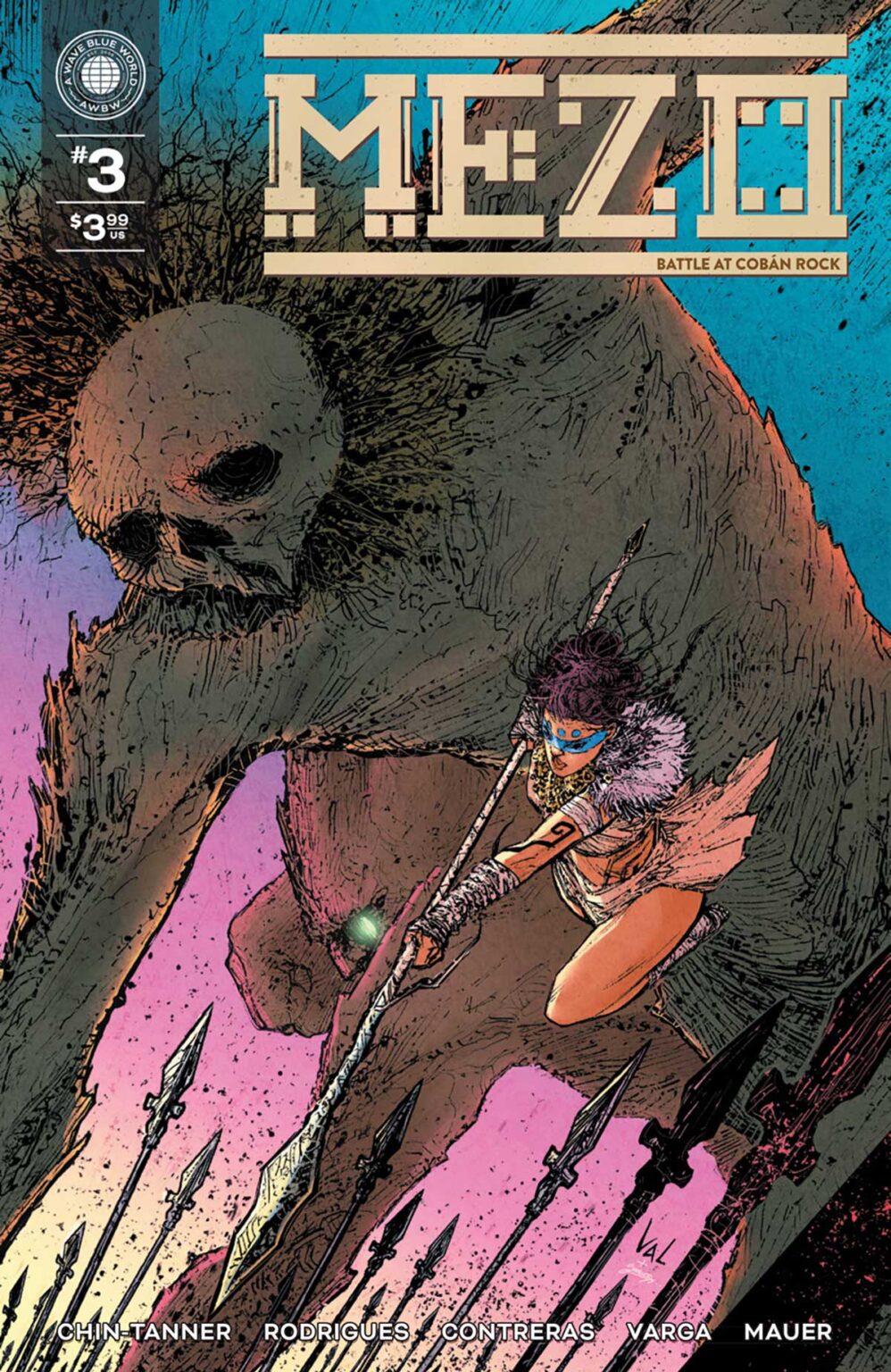 Mezo: Battle at Coban Rock #3 (of 5)
Script: Tyler Chin-Tanner
Art: Val Rodrigues, Gab Contreras, Varga Tomi
Cover: Val Rodrigues
Variant Cover: Terry Blas On Sale Date: July 6, 2022
Item Code: MAY221225
Publisher: A Wave Blue World
32-page, full color comic, $3.99
In the land of Mezo, the Tzalekuhl Empire sets out to conquer all surrounding territories, disrupting the peace that has lasted for generations. Only Kyma, the daughter of a fallen chief who refused to yield, stands in their way with the aid of the mighty Huax’kin Warriors. All-out war erupts as Kyma leads the attack against the invading Tzalekuhl army. But will her thirst for revenge interfere with her mother’s well-planned strategy for victory? The odds swing in their favor when the hero twins arrive, and they’ve brought along the mighty creatures known as the Arbath’a to lend a hand.