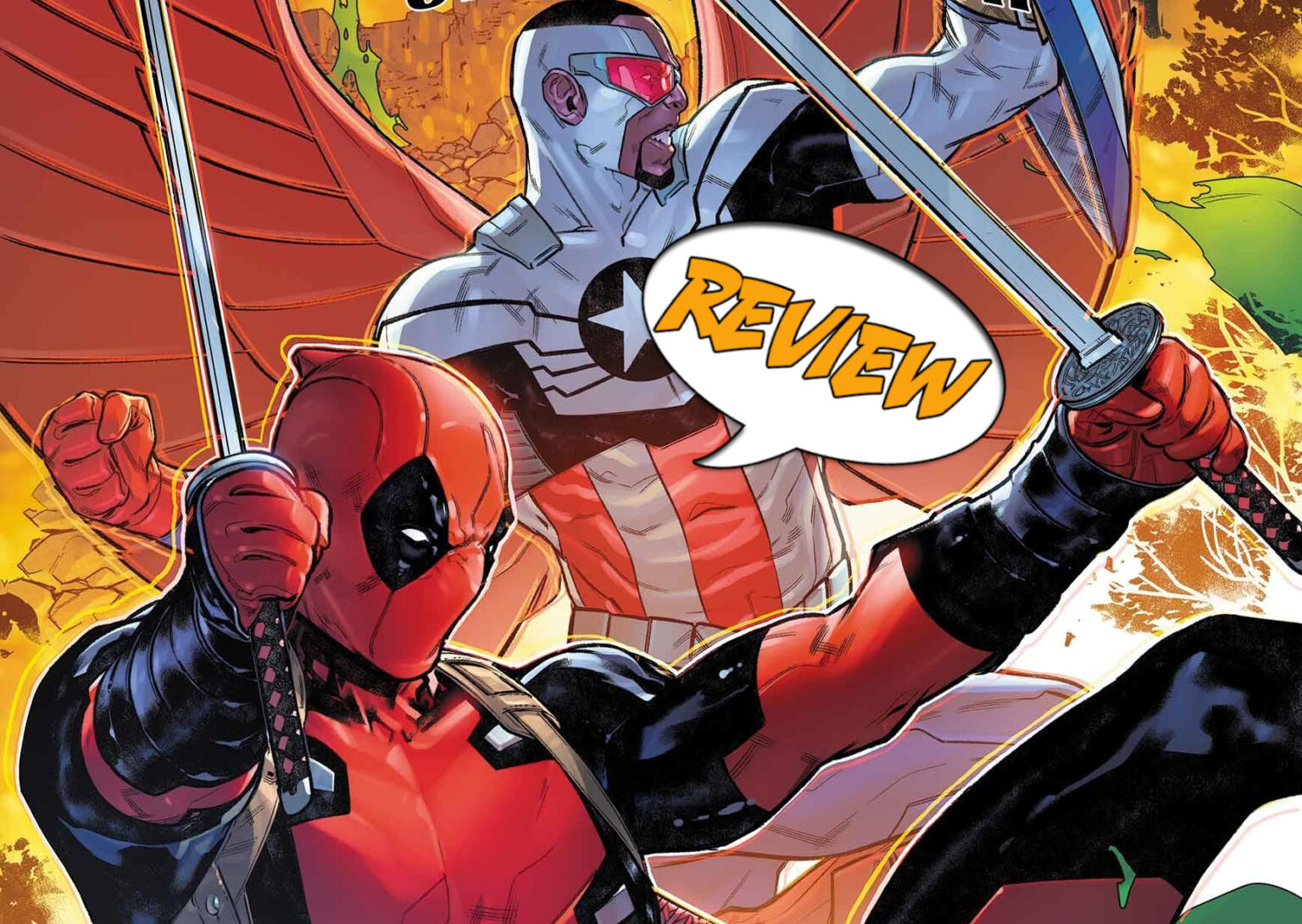 Sam Wilson is Captain America! After following a tip from Misty Knight, Captain America and Falcon found a group of migrants and rumors of unauthorized doses of Super-Soldier Serum. Find out more in Captain America: Symbol of Truth #2 by Marvel Comics!

Previously in Captain America: Captain America and Falcon went to the American Southwest and found a train full of migrant workers and an odd smuggling operation. Captain America uses his government contacts to determine what is going on. While Falcon goes with his cousin Luisa to ensure the migrants make it home safely. Meanwhile, White Wolf has recruited Crossbones and is planning a new attack.

Captain America: Symbol of Truth #2 begins with Sam Wilson breaking Deadpool out of Latveria. Deadpool was tortured but is actually here on a job and quickly escapes the situation without Sam’s help. However, the two must break out of the complex, and as they go, Sam asks what Deadpool knows about the super serum situation. Deadpool tells Captain America that the person he is after is a white supremacist and smuggles vibranium. As they escape, they are caught by Doctor Doom, who is upset that they broke Latveria’s laws

Meanwhile, Falcon is with the migrants and learns from his cousin that they were in a lab before escaping. As they are talking, the facility is attacked by Crossbones, who kills the prisoner and tries to kidnap Luisa. Luckily, Falcon flies Luisa away to safety.

Captain America: Symbol of Truth #2 discusses immigration politics and racism. Having Sam Wilson and Joaquin Torres as the protagonist of this story is an exciting decision. But suddenly, we are thrown into Latveria with Doctor Doom and Deadpool. This new plot point feels out of touch with the story’s theme. Indeed, there are other heroes, villains, and locations for Sam Wilson to go to. But instead, we get Deadpool, who says a great Wilson & Wilson joke but doesn’t fit the tone of the story. I hope there is a reason that will be apparent in future issues. However, the Falcon storyline is very engaging, and I hope we get to see more of that.

This issue wasn’t as engaging as the comic’s start. The colors were excellent, but the line art didn’t stand out as much as in the first issue. This is a 3 out of 5-star comic for Captain America: Symbol of Truth #2.

Captain America: Symbol of Truth #2 makes interesting decisions that seem to go against the theme of the story arc.