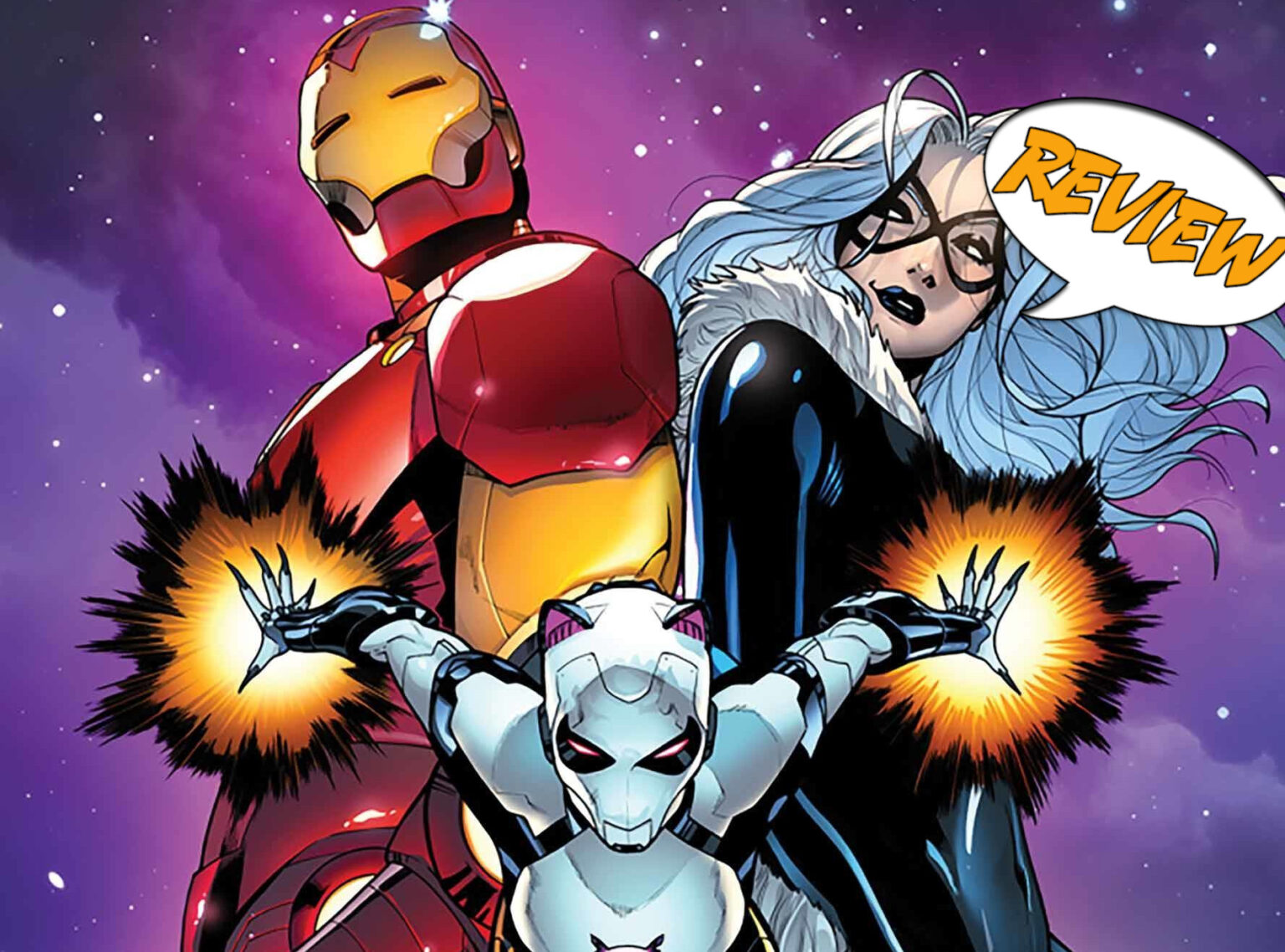 Someone stole the Iron Catsuit and is after the Black Cat! Can Felicia Hardy figure out who is behind the suit? Find out in Iron Cat #1 by Marvel Comics!

Previously in Iron Cat: Iron Man made the Iron Cat armor for the Black Cat. However, that suit was thoroughly destroyed.

DON’T FORGET THE PAST

Iron Cat #1 has two timelines. One is in the past when Felicia is younger, under the Black Fox’s tutelage and friend with fellow thief Tamara Blake. Felicia managed to steal a diamond, but the police were in hot pursuit. The Black Fox told Felicia to throw away the diamond to escape arrest.

In the present, the Black Cat is trying to steal the same diamond that eluded her before. Unfortunately, she got an angry call from Tony Stark about the missing Iron Catsuit. Soon, that same suit attacked the Black Cat! Abandoning the diamond, the Black Cat runs away from her pursuer. However, the Iron Cat reveals her identity as Tamara, who wants revenge when Black Cat killed the Black Fox. Felicia makes a quick escape before going to Tony Stark for help.

Over the years, Black Cat has felt less like a trope and more like a character. For me, Iron Cat #1 shows that Felicia Hardy is a compelling character. Felicia regrets having to kill the Black Fox to save Manhattan. And her thought process in stealing this diamond for sentimental value makes you want to root for her, despite her being a thief. This is a compelling backdrop to tell this story. Unfortunately, the plotline was predictable. I figured out who was in the suit before the big reveal. When you look at the narrative arc, you will find the storytelling is safe and lacks innovation.

The art was strong. I enjoyed the design of the Iron Cat armor, and l liked the alternate style between the past and present. I especially enjoyed the coloring of the background in many of the panels. Great work by the creative team.

I enjoyed Iron Cat #1. Felicia Hardy was just an antagonist (and love interest) to Spider-Man. Now she feels like a natural person with strengths and flaws. Black Cat #1 is a solid 4 out of 5.

Iron Cat #1 provides depth for Black Cat, who often felt like an attractive love interest and thief rather than a real character.