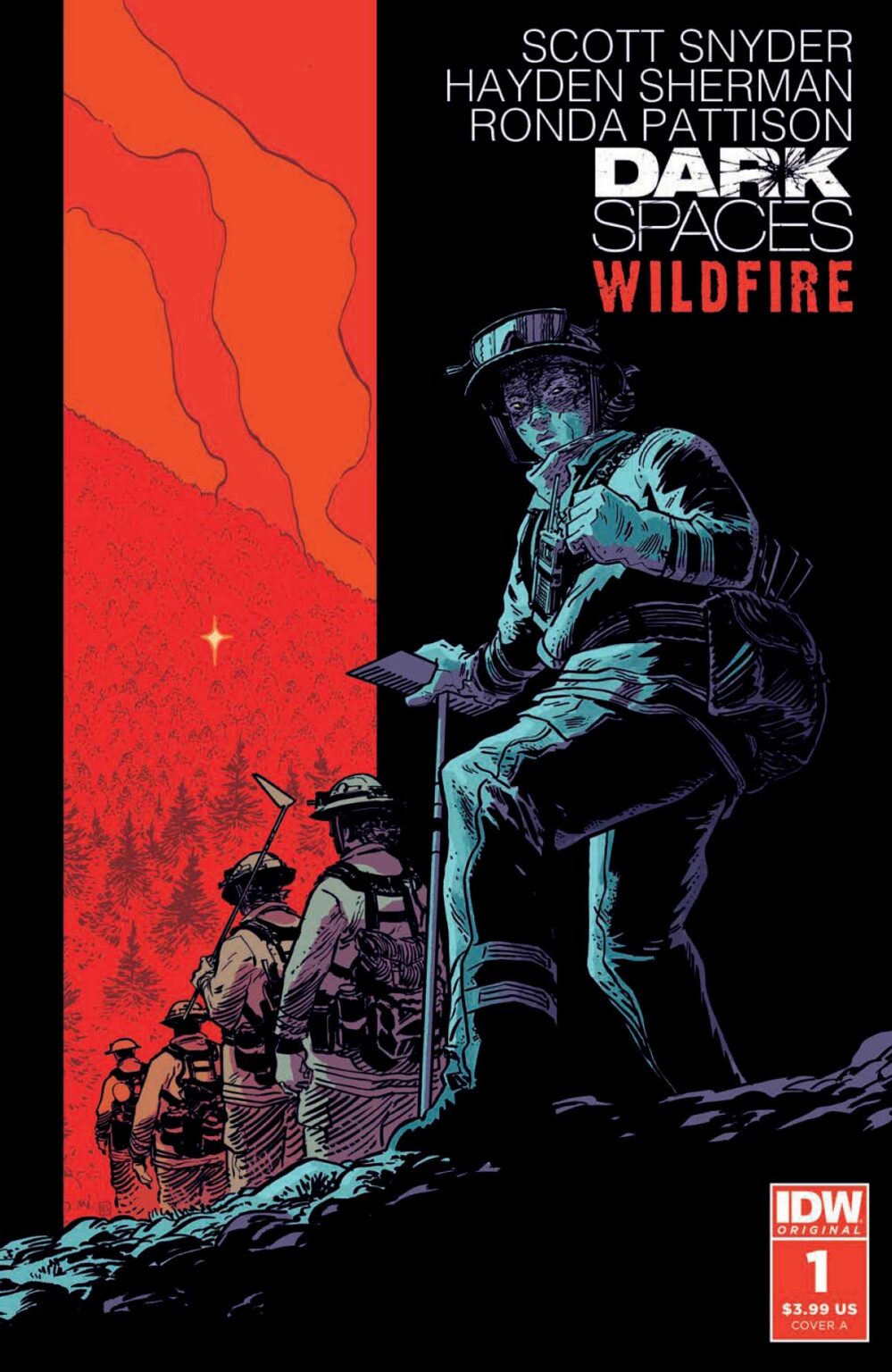 Set six weeks into the slow burn of the historic Arroyo fire, Dark Spaces: Wildfire explores the decisions of a desperate crew of women from an inmate firefighting program on the frontlines. Their newest recruit—a white-collar convict with a deep network of shady dealers—discovers that they’re mere miles from a former associate’s abandoned mansion. Enchanted by a score that would truly change their lives, she proposes a plan to abandon their duties and hunt for riches under the cover of smoke and ash. But with the fire closing in on the forest around them, is this a flicker of fortune or a deadly trap?