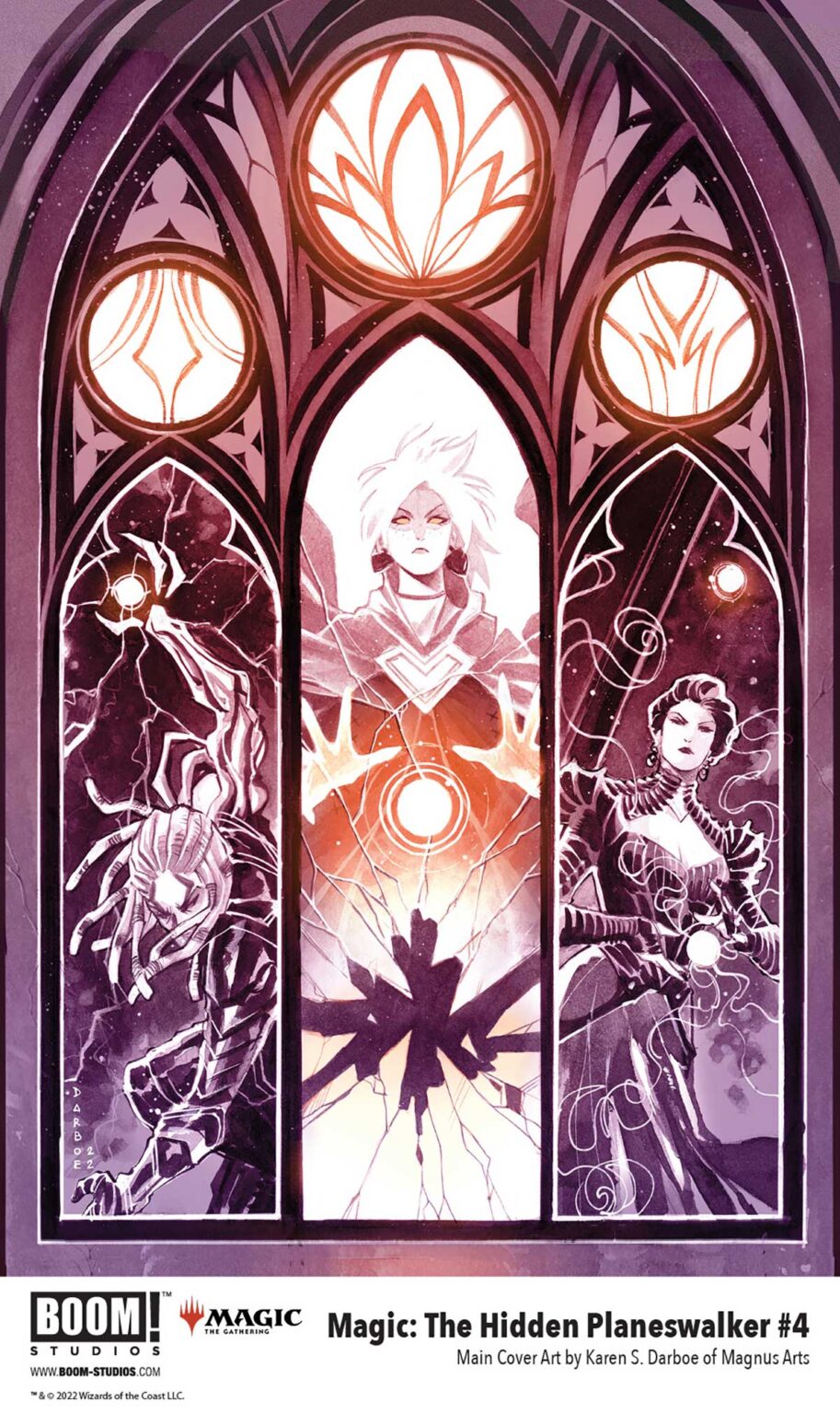 Magic: The Hidden Planeswalker #4 arrives later this month, and will feature a number of variant covers that we were able to get ahold of… after the jump.

In the stunning climax, Isona Maive, the recently released Hidden Planeswalker, plans a reckless mission in the most dangerous corner of the multiverse—hoping to save her home plane, even if it imperils the rest of the multiverse. With Liliana’s pupil at the mercy of Tezzeret’s poisonous and misleading whispers, will Liliana have the strength to be a hero, even if it makes her feel like a villain?