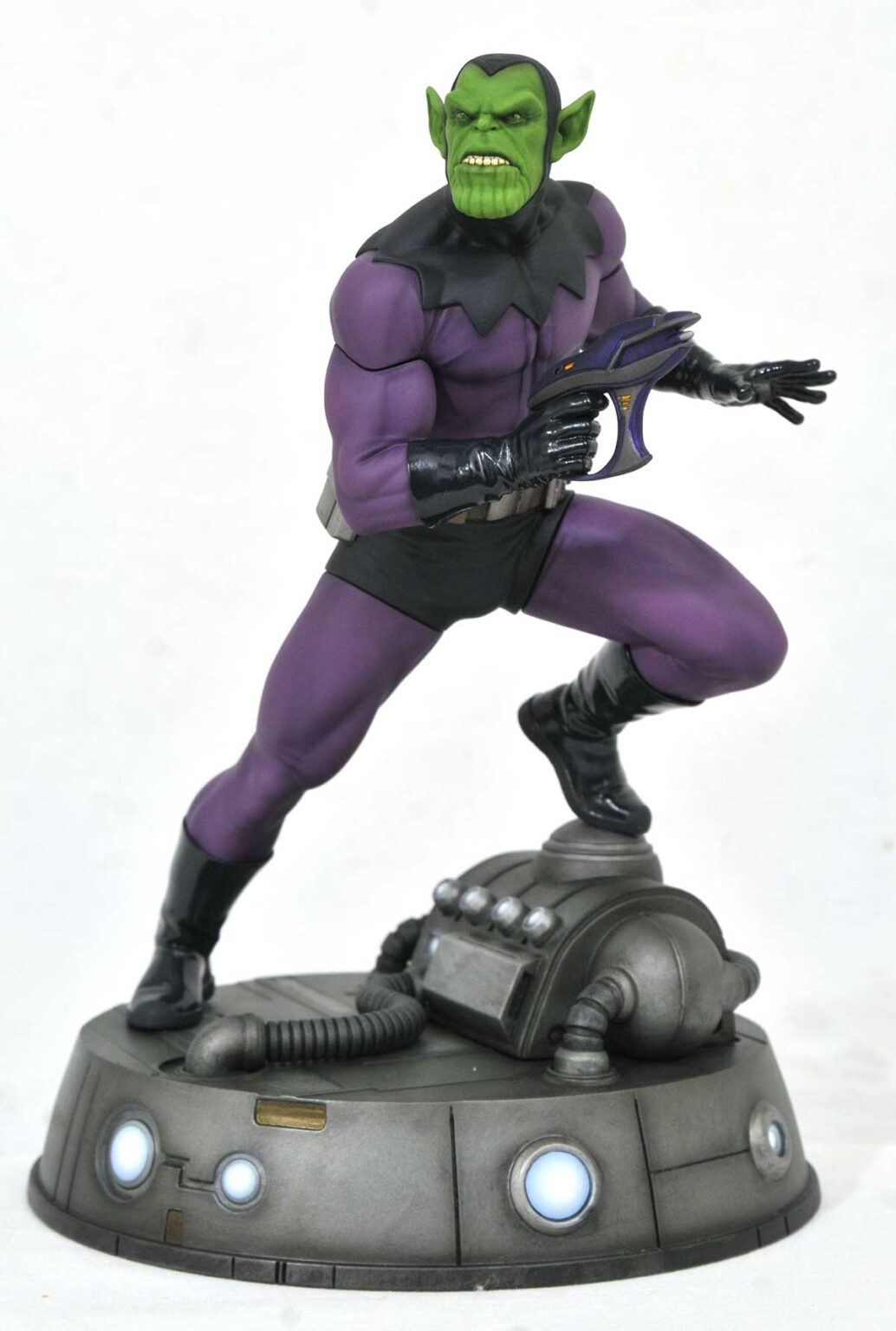 With Secret Invasion just around the corner on Disney+, now is the time to welcome your Skrull overlords with a new Sinister Skrull statue for your cubicle.

The Marvel Comics Gallery Diorama line is heavy on heroes, but the villains are making their move! Popular baddies like Venom, Carnage, Mr. Sinister and Doctor Doom will soon be joined by a bevy of Spider-Man foes, like Green Goblin, Vulture and Kraven. But this week, one of Marvel’s most insidious villains makes his appearance at comic shops, and he’s armed and ready to attack – he’s a shape-shifting Skrull alien, and he’s the newest Gallery Diorama!

Depicting a green-skinned, purple-clad Skrull warrior, weapon at the ready, the Marvel Comic Gallery Skrull PVC Diorama stands approximately 10 inches tall atop a high-tech base. Crafted in high-quality PVC, it features detailed sculpting and paint applications, and comes packaged in a full-color window box. This piece was designed and sculpted by Paul Harding (@hardingart)!

The Sinister Skrull is available now.