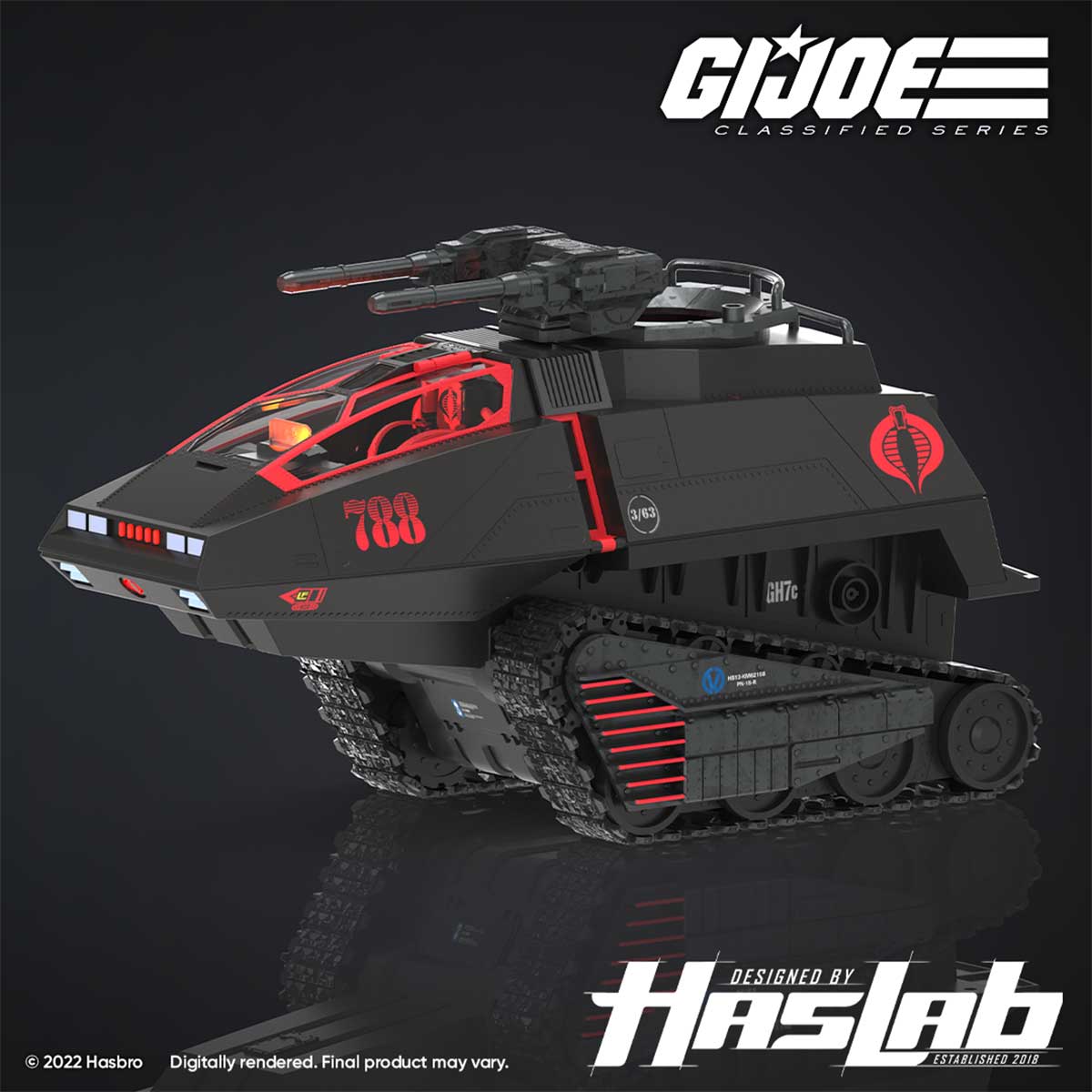 During the Yo Joe! June fanstream, Hasbro Pulse shared news of the newest addition to the Classified Series that features the HISS Tank.

Here is the rundown of the HISS Tank and accessories:

Fans can fund the new project for $299.00 USD with 8,000 backers needed to fund the project. The HasLab page featuring Destro’s Journal, which includes all the details around the new H.I.S.S. tank can be found here.