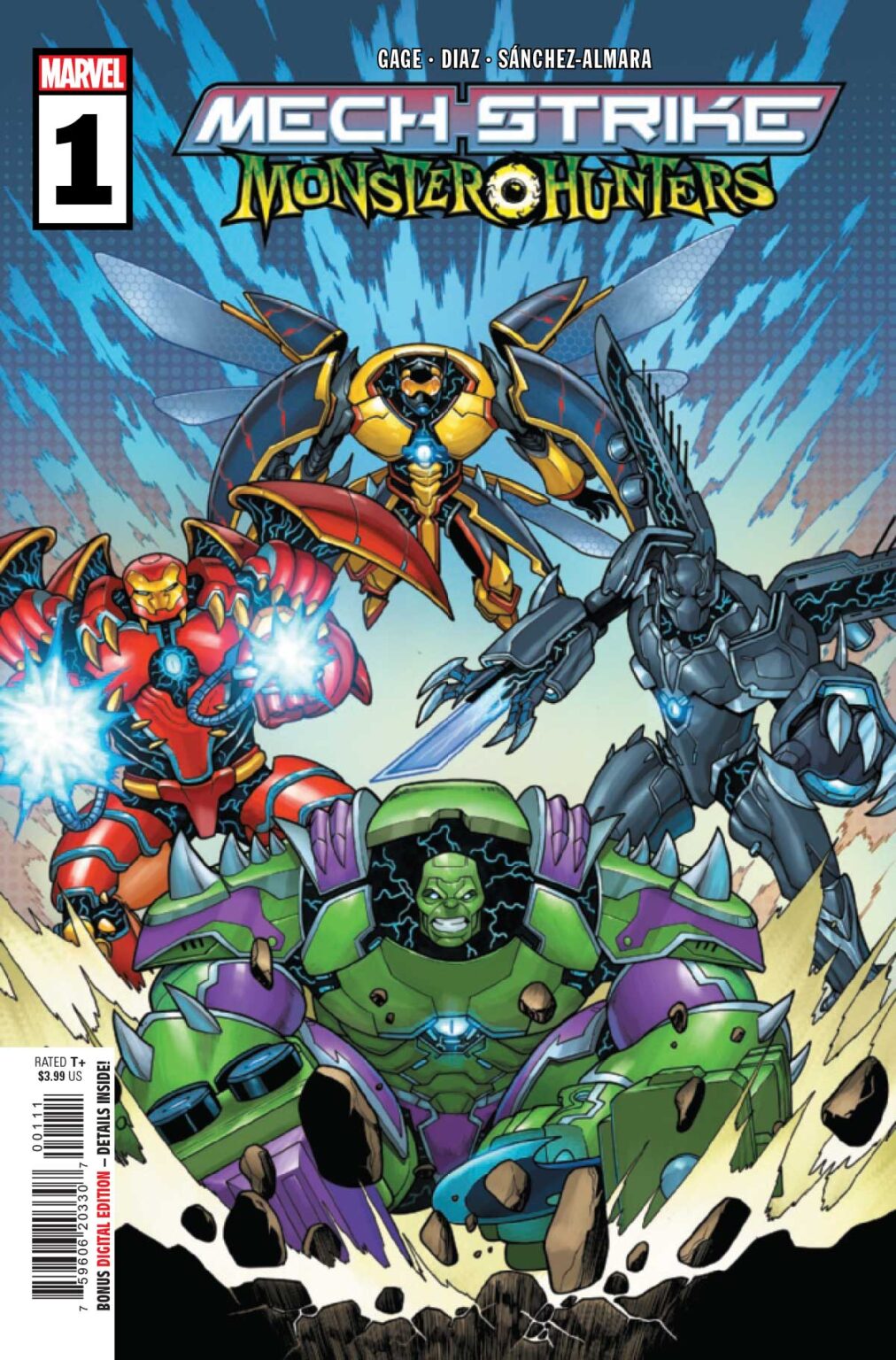 MECH STRIKE: MONSTER HUNTERS #1 (OF 5)
Christos Gage (W) • Paco Diaz (A) • Cover by Pere Pérez
Variant Cover by E.J. Su
Variant Cover by Junggeun Yoon
In AVENGERS: MECH STRIKE, the Avengers donned new mech armor to battle an unprecedented threat. Now a trio of the world’s most notorious super villains, assembled by Doctor Doom, have used the Eye of the Kraken to give themselves a mystical – and monstrous! – upgrade. In order to defeat their foes, the Avengers must undergo a similar transformation – and become MONSTER HUNTERS! But will the heroes be consumed by their dark new powers? Featuring classic Avengers characters and some surprising new additions to the team, all outfitted in their very own mech armor!
32 PGS./Rated T+ …$3.99