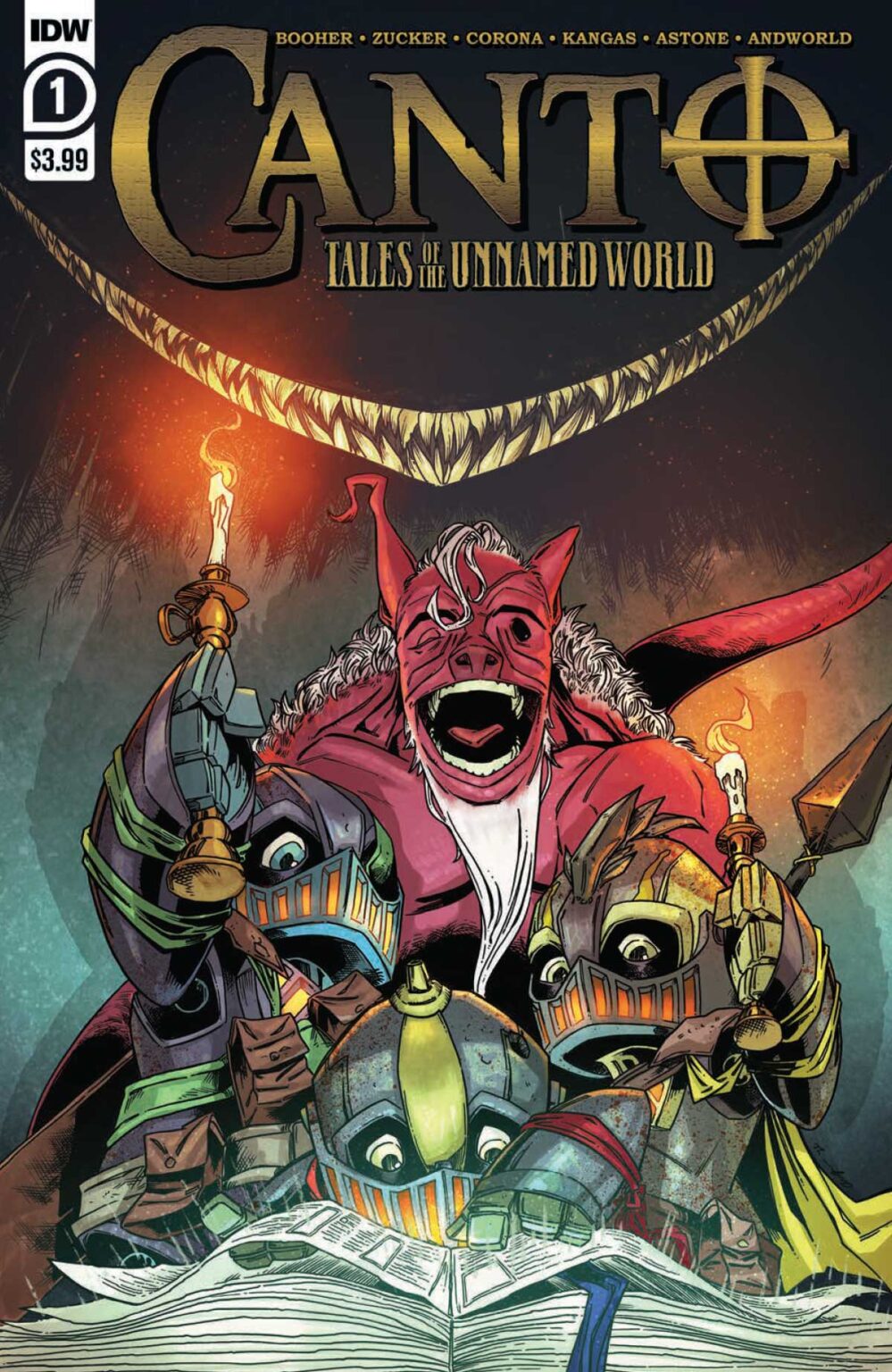 Canto: Tales of the Unnamed World #1 (of 2)
Creators [Last name, first name]:
Writer: Booher, David
Artist(s): Zucker, Drew; Kangas, Liana; Corona, Jorge
Colorist: Astone, Vittorio; Stern, Sarah
A Cover: Zucker, Drew
RI cover: Staehle, Will
Solicit:
After his quest into the City of Giants, The lovable knight Canto, his friends Falco and Rikta, and their
Malorex mount are returning to the New Arcana. But to get home, they must cross a
bridge guarded by a mysterious bard. His price? A story he’s never heard in all the Unnamed World.
This phenomenal collection of stories by Canto co-creators David M. Booher and Drew Zucker,
alongside some of comics’ top artists expands the world and adventure of the fan-favorite Canto
series between Canto II: The Hollow Men and Canto III: Lionhearted, both on sale now!