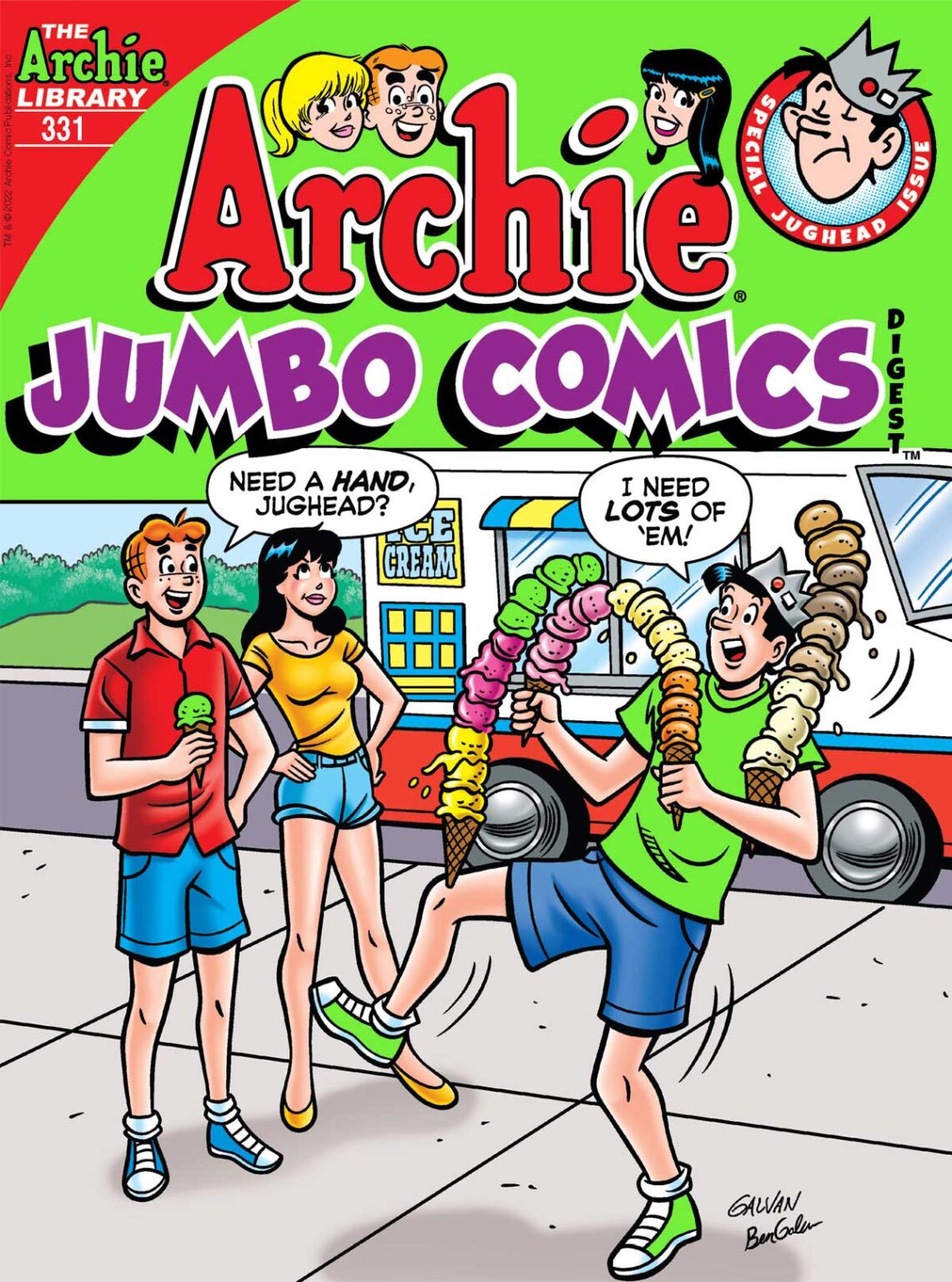 TWO BRAND NEW STORIES: First, in “Volley Folly,” Chuck has an idea for a side hustle on the beach—he wants to paint custom volleyballs! He gives a free sample to Jughead in hopes that Jug will talk it up and promote it. The ball has Jughead’s face painted on it and Jug loves it. But soon after, Jughead notices weird things are starting to happen, like whenever the ball gets hit, Jughead feels it! Is there more to this novelty volleyball than meets the eye?

Then, Bingo Wilkin returns in “Bad Blood Buds”! When Samson and Willie (Samantha and Bingo’s dads) are in feud mode, Bingo and Samantha declare that their true love will prevail in the face of adversity. An idea is born, and the two dads decide to act like best pals to see if that might derail their kids’ romance, since nothing else has worked. With tensions mounting in Samantha and Bingo’s romance as their dads begin to get along, Bingo is in need of some sage advice: enter Jughead Jones, Bingo’s cousin! Can he help salvage their romance and put an end to their fathers’ constant feuding? Maybe after lunch and a long nap.