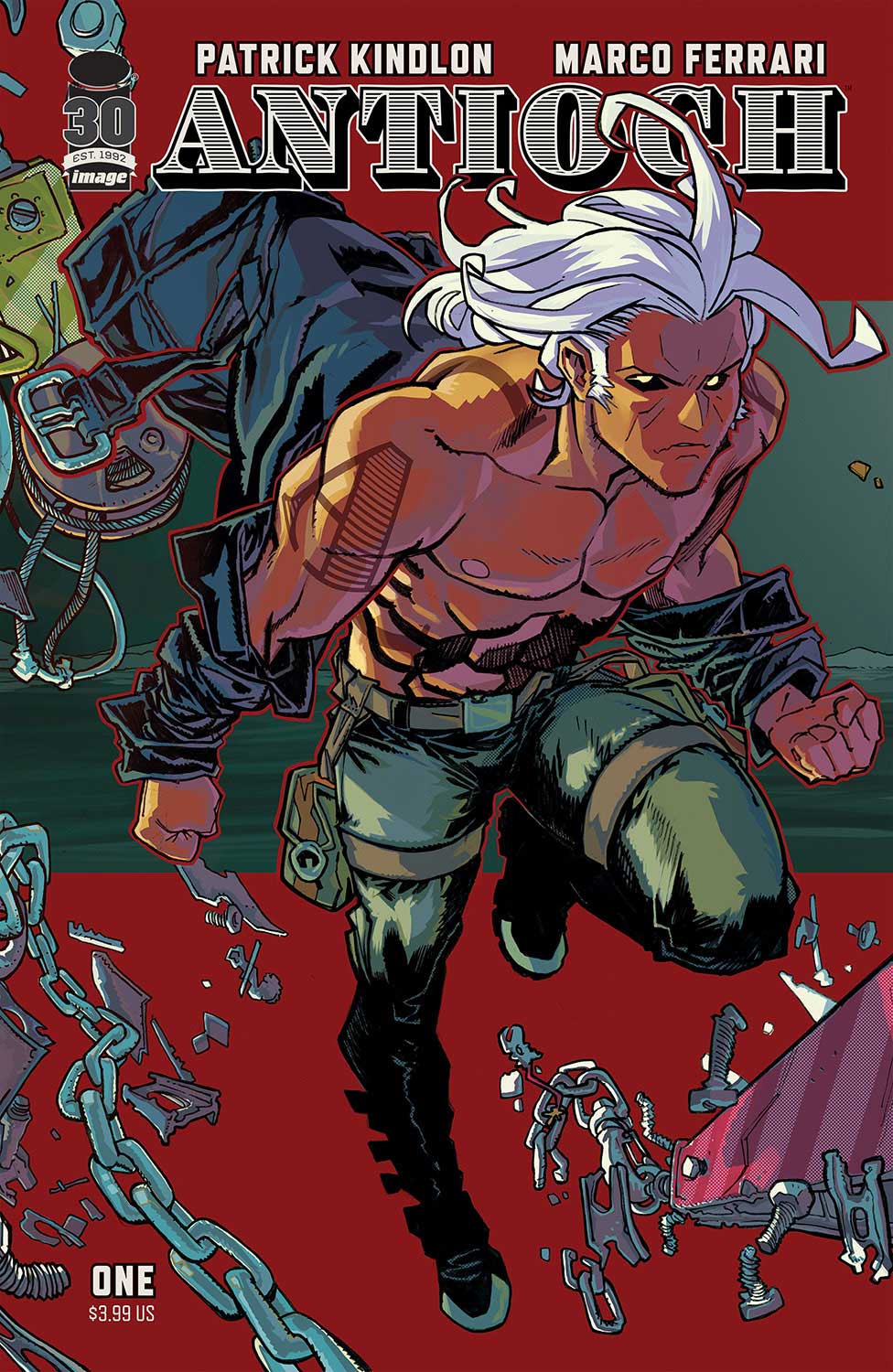 In September, Patrick Kindlon and Marco Ferrari are teaming for Antioch which will launch at Image Comics.

Here is the solicitation information from Image Comics:

Antioch follows a king from a lost continent who enters the world of man with a purpose: to stop us from killing the planet. But when he finds himself in a superhuman prison, his title is useless and his powers only matter if they help him survive!