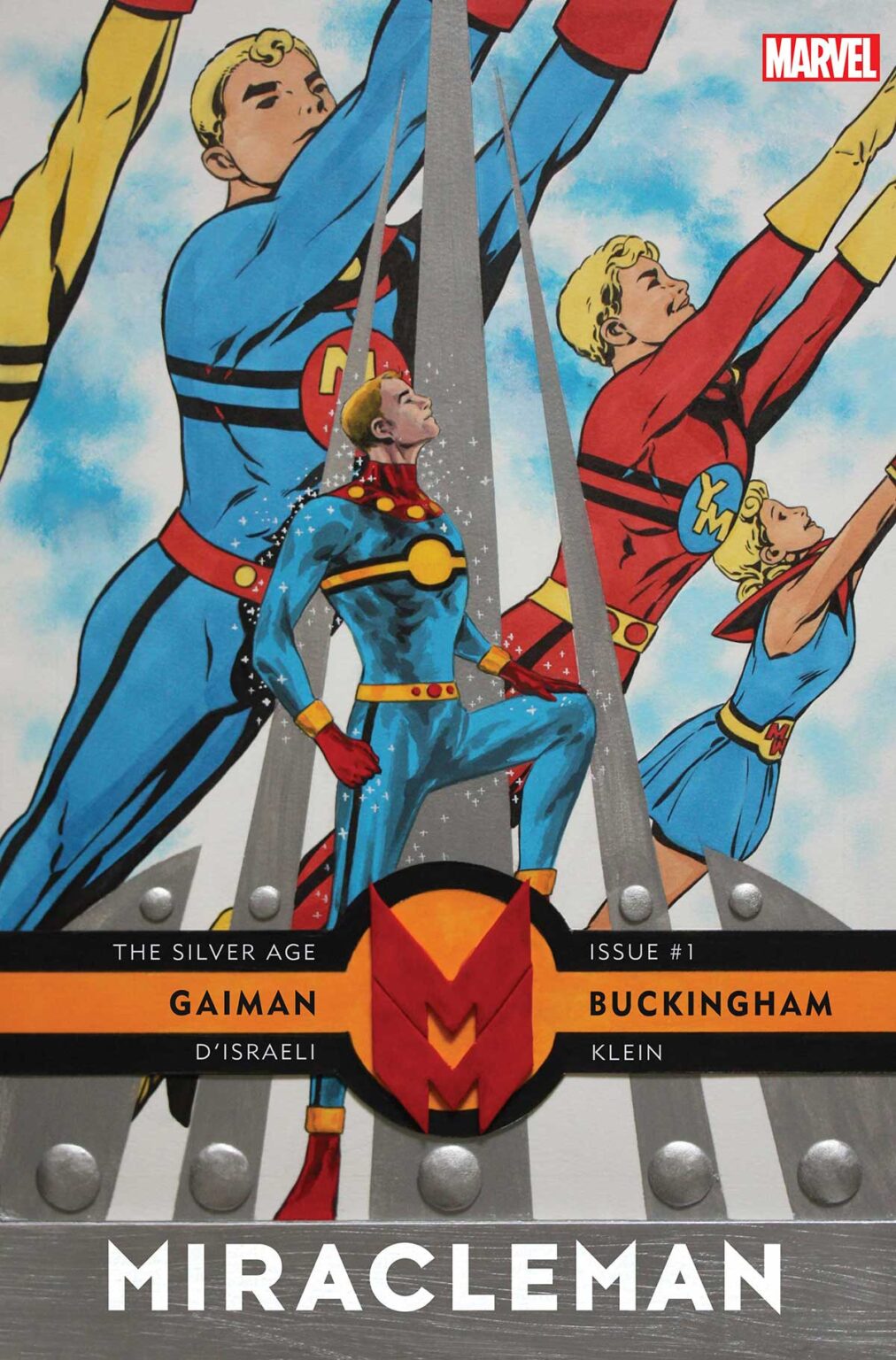 The wait is over! Just in time for the 40th anniversary of Miracleman’s modern era, Marvel Comics is thrilled to announce that Neil Gaiman and Mark Buckingham’s groundbreaking MIRACLEMAN: THE SILVER AGE SAGA will return this October! The two visionary comic talents will complete their unfinished MIRACLEMAN storyline “The Silver Age,” including remastered editions of the first two published issues, complete with new artwork and bonus material. The series will follow the previously announced MIRACLEMAN BY GAIMAN & BUCKINGHAM BOOK 1: THE GOLDEN AGE TPB, the new collection containing Gaiman and Buckingham’s first MIRACLEMAN series. After 30 years, fans will finally see the full incredible story of Young Miracleman with more to come! Young Miracleman — the lost member of the Miracleman Family — is back! His last memories were of a 1963 world of joy and innocence. Now, he’s been thrust into the 21st century, where his best friends have become gods and monsters. Where can a hero from a simpler time call home in this brave new world?

“We’re back! And after thirty years away it is both thrilling and terrifying,” Buckingham said. “Neil and I have had these stories in our heads since 1989 so it is amazing to finally be on the verge of sharing them with our readers.

“I have pushed myself to my limit to craft something special for these issues. Cinematic in approach, clean and elegant, drawing on the best of my own style but also paying homage to the exceptional talents of all who came before us, whose unique visions have shaped this ground-breaking series over forty years, and the 1950’s Marvelman foundations on which it was built.”

It’s the story the comic book industry has waited decades for! Don’t miss this historic moment when MIRACLEMAN BY GAIMAN & BUCKINGHAM: THE SILVER AGE #1 arrives at long last this October! For more information, visit Marvel.com.