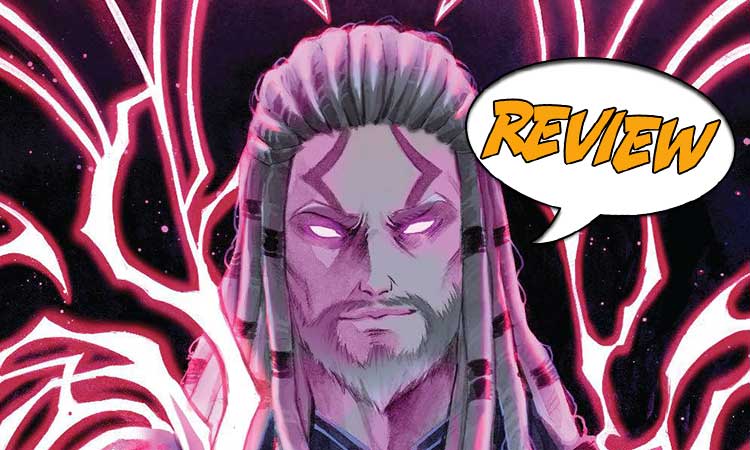 Liliana saved Isona Maive but now stands face to face with Tezzeret! Can Isona defeat her pursuer? Find out in Magic: The Hidden Planeswalker #3 by BOOM! Studios.

MAGIC: THE HIDDEN PLANESWALKER #3 (OF 4)

Previously in Magic: Liliana Vess managed to imprison Marit Lage but not before she received a vision about a woman trapped in his. After recovering from her wounds, she goes to Aykan to free Isona Maive. Unfortunately, Tezzeret is just around the corner!

NOT WHAT THEY SEEM

Magic: The Hidden Planeswalker #3 begins with Lilianna and Isona working together to defeat Tezzeret, and they barely succeed. Back at Strixhaven, Isona fits into the school and begins to make friends and practice her skills. Isona is still upset that Magit is trapped and says they should be doing what they can to kill Marit. When Liliana refuses, Isona gives Vess the cold shoulder and continues her training with other teachers.

After a couple of weeks, Liliana looks for Isona, but she has gone missing. Liliana believes that Isona may look to fight Magit Lage again. However, after researching, Liliana realizes that Isona lied to her. Isona summoned Magit to her plane to try and take its power; in return, it destroyed civilization. Elsewhere, Isona meets up with Tezzeret, and they form an alliance to absorb the energy of Magit Lage!

RIGHT IN THE MIND

Magic: The Hidden Planeswalker #3 provides a ton of characterization for Liliana Vess. For a while, Vess ignores Isona in her time of need. This feeling festers in Vess until she finally breaks and looks for her. This motherly instinct shows a new side of Vess. She isn’t that cold-hearted necromancer that her reputation insinuates. Instead, she is a caring person trying to do a little bit better, which is nice to see on the page.

Meanwhile, Isona acts as a direct foil because Isona is power-hungry. And her desire for power destroyed her entire plane. That characterization is what makes this issue interesting. Not the excellent character designs or the visually stunning pages. The story is taking its time to explore what it means to be a necromancer turned good. Great work by the creative team.

I’m sad that this miniseries is coming to an end soon. Magic: The Hidden Planeswalker #3 was a joy to read and allowed us to empathize with its protagonist. 4.5 out of 5 stars from me.

Magic: The Hidden Planeswalker #3 has a pleasantly good narrative arc that provides a great story despite initially being a card game creature.