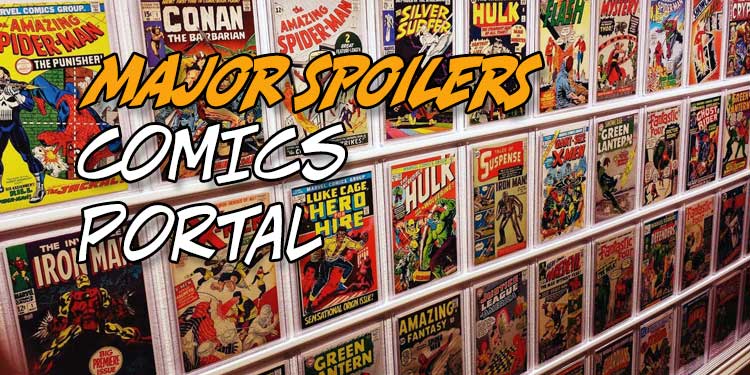 Today there are more creators making comics than ever before!

I was considering the comics industry recently and came to the realization that there are more creators actually making comics today than ever before!

Yes, there have been days when there have been several companies making comics, but these days we have the “big three”—Marvel, DC, and Image—and we have the “other” companies—Dark Horse, IDW, Dynamite, Valiant, BOOM! Studios, Aftershock, Ahoy, Mad Cave, Magnetic, AWA, Black Mask, Titan, Moonstone, Vault, Oni Press, Source Point Press, Behemoth, Red 5, and many, many more I can’t think of at the moment.

Then consider all the Indie comics creators, some of whom have their own companies. All you have to do is go to a local convention and check out their small publishers area or artist alley, and you’ll see many tables filled with even more comics!

Considering how easy technology makes it for just about anyone to make his or her own comic, add crowdfunding to the mix, and it’s nearly impossible to actually know just how many comic books are being produced and made available for purchase each month.

It’s a staggering number! And, given the interest many fans have in telling their own stories, I don’t see that decreasing any time soon even though the costs in the current economy continue to rise steadily!

In previous years, we had only the “big two” or so. And the stands still got pretty full! Now we have to look over a whole wall of new stuff each week at times! Yikes! Okay, I feel pretty safe in the quantity aspect of the industry right now. But what about quality?

I think it’s pretty safe to say that many of the comics are really great, even among the Indie books! I devote a lot of time and attention to as many comics as I can, and I think we’re actually seeing a noticeable uptick in the number of “great” to “good” books in the marketplace.

Are they all terrific? Sadly, I think we’d all agree that no, they’re not all superior in quality. Some have absolutely excellent artwork, others have high-power characters, and more than ever are seeing improvements in writing and scripting.

One thing that drives me crazy is the lack of proofreading, though. I often like to point out that there is a big difference between “Let’s eat, Grandpa” and “Let’s eat Grandpa.” Unfortunately, not all comics creators get the importance of commas and other pieces of grammar that help readers understand just what’s going on in a comic book.

The bad news is that if readers encounter too many roadblocks—unclear art, grammar that’s difficult to perceive, inconsistent characterizations—too many throw up their hands and move on to something else. We all only have a limited amount of free time we can devote to deciphering a comic.

I used to work for a “name” metropolitan newspaper. That organization previously devoted a lot of time and money to what is called “quality control.” They had proofreaders and editors, all of whom were involved in making sure that, if you picked up that day’s edition, it actually made sense! Yes, sometimes an error or two might slip by, but overall, they held to a high standard of what we called “readability.”

That’s no longer the case, however. When it comes to printing a publication, “immediacy” has replaced “accuracy.” Faster is better than preciseness. These periodicals are considered highly disposable, and fewer people are actually saving the daily newspaper or other publications that come our way.

Just check out the local recycling plants! They’re full of discarded paper products! And that increases on a daily basis! Also, it’s just so easy to hit the “delete” button on your electronic device! Once your hard drive gets even remotely close to full, you have to clear our files you once thought were vital to keep!

THE COMPETITION IS FIERCE!

Every day, we seem to encounter more and more products vying for our oh-so-limited attention spans. When you add videogames, movies, and TV to the mix, comics face an uphill battle as they try to earn our time and quatloos each week!

Not only that, but each month (each week sometimes) means the newest edition of that book or story is available, and we have to keep up with the “latest and greatest” version of everything, right?

I’ve also been finding that we need some “down time” as well as paying attention to what we enjoy. Our brains just can’t handle 24/7 work and such, so we need to slow down and even stop occasionally! It’s a must!

But the truth is, we make time for what we really like! I often find that some comics (and other publications) I purchase, but I look back and find that the stack of “what I want to get to” keeps getting taller and taller. When I look through them and discover certain titles have moved down the “Got to Get to” list, I often have to put a halt on obtaining them—at least until I can get caught up!

So, until I can clear some space and/or time to keep up with what I love, I have to deal with real life getting in the way of comics. For instance, I had to get four projects done yesterday during my awake hours from 8 a.m. until my head hit the pillow around midnight. Thankfully, I completed them all, but it was a close one!

My advice to all the comics creators out there? Be sure to put quality ahead of quantity! Fans like me need to be sure we spend our time wisely, and if a comic doesn’t grab me pretty quickly, well, it may not make it to my pull list. Really!

What do you think? Have you had to let a beloved comic go recently because the quality had started to slip? Or are there other books that have risen up and demanded your attention while older ones have not? Are you hurrying rather than spending your time making your product the best it can be? Whatever your opinion, be sure to share your thoughts below!