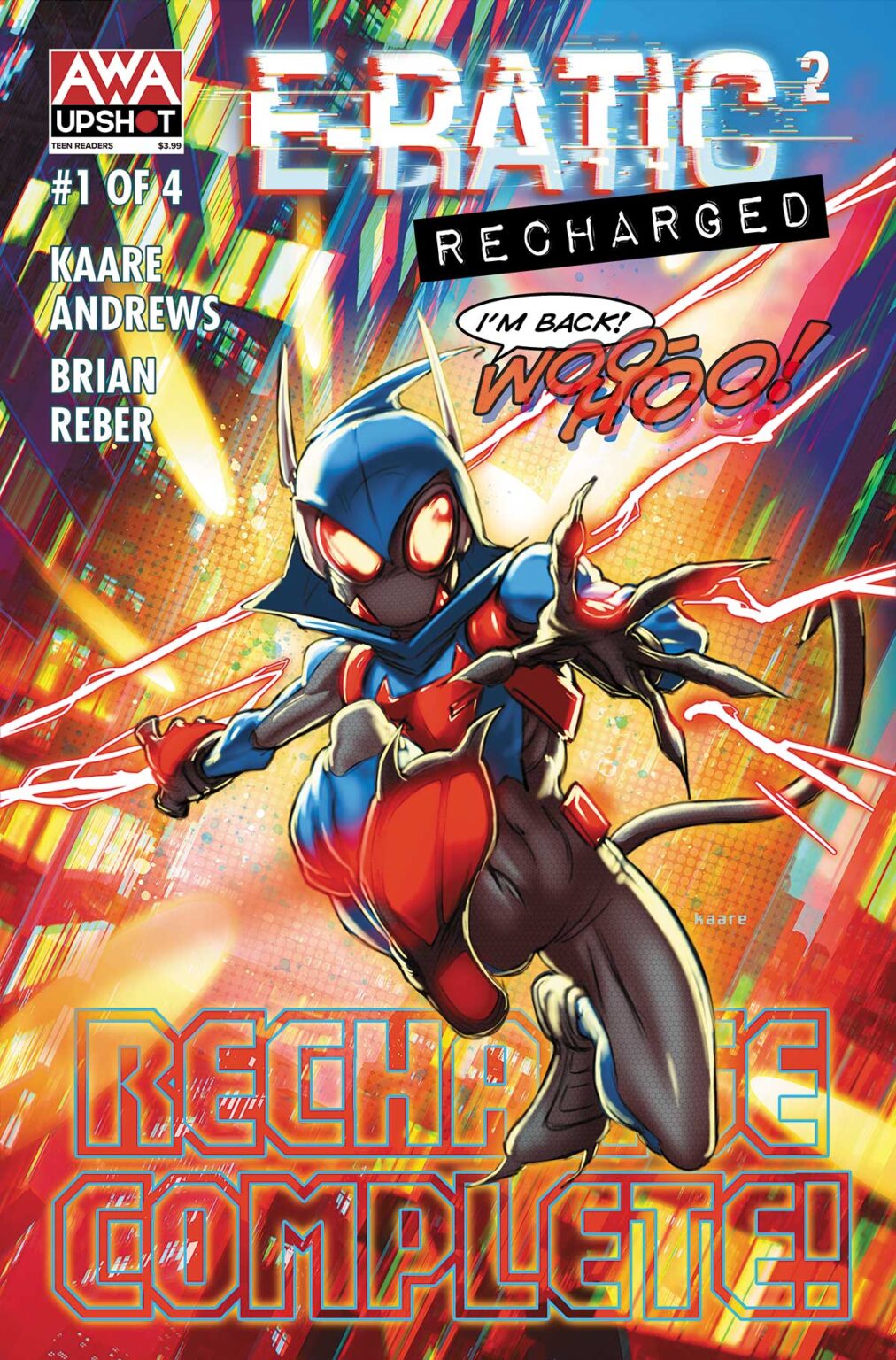 AWA Studios announced the September release of E-Ratic: Recharged, the second volume in the series from Kaare Andrews and Brian Reber. For decades, teen superheroes have been at the forefront of pop culture representing the universal truths of their generation. Now, Oliver Leif is a hero for Gen Z, representing the impermanence they are accustomed to through his 10-minutes-a-day superpowers. While today’s youth have unlimited access to information and entertainment, many have limited job opportunities and live in a world that is constantly changing. This is perfectly captured by the fleeting nature of Oliver’s powers and his struggle to use them to their full potential when they only last 10 minutes each day. Set in the shared universe spun-off from THE RESISTANCE, Oliver’s limitations are what defines his powers and, through these limitations, helps him garner meaning, form, and structure. Volume 2 follows a successful introduction to the series, with E-RATIC Volume 1 included in AWA’s top 10 bestsellers of 2020.

“Creating a high school character to exist in AWA’s superhero world has been such a thrill, and I knew I wasn’t done with Oliver Leif and his story,” said Kaare Andrews, creator, writer, and artist of E-RATIC. “In Volume 2, readers will see more adventure intertwined with the challenges of high school, young love, and being a teenager, all while navigating short stints of superpowers that aren’t always easy to control. Having written and drawn many major characters, E-RATIC is the first time my own kids begged me to do more. How could I say no to that?” You’re fifteen years old. You’re suddenly granted incredible powers. Cool, right? There’s only one problem: you can only use your powers for 10 minutes at a time. After a quick recharge, high school superhero, Oliver Leif picks up right where he left off in Volume 2 – saving the world again as he navigates even more pressing perils like young love, bullies, a broken family, and the gauntlet that is high school. But this time, young Oliver is teamed with a barbarian princess who claims to be from another dimension.

E-Ratic: Recharged is scheduled to arrive on September 7, 2022.