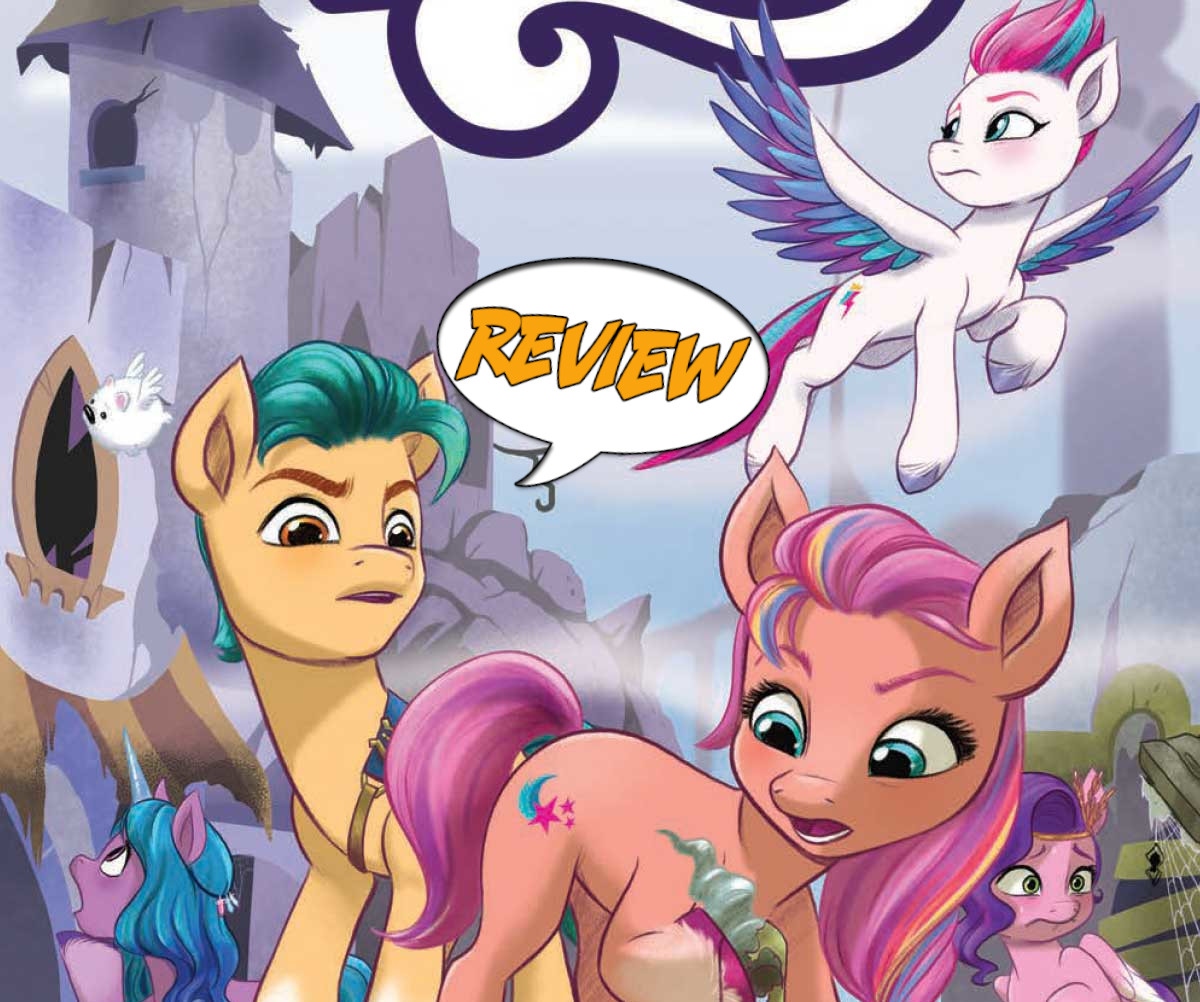 The Mane 5 have found the ruins of Canterlot! Can they work together to figure out who stole the Pegasus Crystal? Find out in My Little Pony #2 by IDW Publishing!

Previously in My Little Pony: Magic is glitching in Equestria, and Sunny leads her friends to figure out what is happening. Additionally, the Pegasus Crystal has gone missing, and the group is looking for who may have stolen it. In their quest, Izzy finds herself in front of the ruins of Canterlot!

My Little Pony #2 starts with Hitch, Zipp, Pipp, and Sonny finding the ruins of Canterlot. They slowly go in and run into Izzy! Reunited, the group heads into the royal castle and walks into a trap. Suddenly, they are eating a meal with Discord, a lord of chaos. Since Sonny knows her history, she knows who she is talking to and how dangerous Discord is. Discord tells a story about how ponies were divisive toward each other, and Princess Twilight Sparkle and her friends created the three crystals that held the world’s magic. Discord then shows that he stole the Pegasus Crystal because he doesn’t believe magic should have returned to Equestria! The ponies try to recover the crystal, but Discord is too powerful, and he easily defeats them and escapes.

THE CRACKS IN THEIR FRIENDSHIP

I appreciated how this new generation of ponies connects to the previous iteration. My Little Pony #2 directly references the older cartoon and shows how the world has changed. An interesting side effect is that my daughter can see the newer cartoon and talk to my wife, who grew up with the previous generation. It creates this natural connection and talking point that is cool to see. While I think My Little Pony is here primarily to sell toys, this comic makes new interactions between people from different eras.

Discord played on Izzy’s emotions in My Little Pony #2 to prove the point that magic causes disagreements. This semi-direct attack on Izzy, as an example, adds a sense of manipulation. This theme feels a little dark for the tone of the story. It is one thing to have Izzy feel left out. It is another for a character to play on that emotion. Perhaps that theme is designed for me as an adult.

BOTTOM LINE: I LIKE THE DIRECTION OF THIS COMIC

My Little Pony #2 has a great narrative arc. On top of that, the character and setting design are solid as well. With the story reintroducing Discord, chaos is sure to ensue. 4 out of 5 stars for My Little Pony #2 by IDW Publishing.

My Little Pony #2 takes great strides to provide depth in the narrative arc and the protagonists.