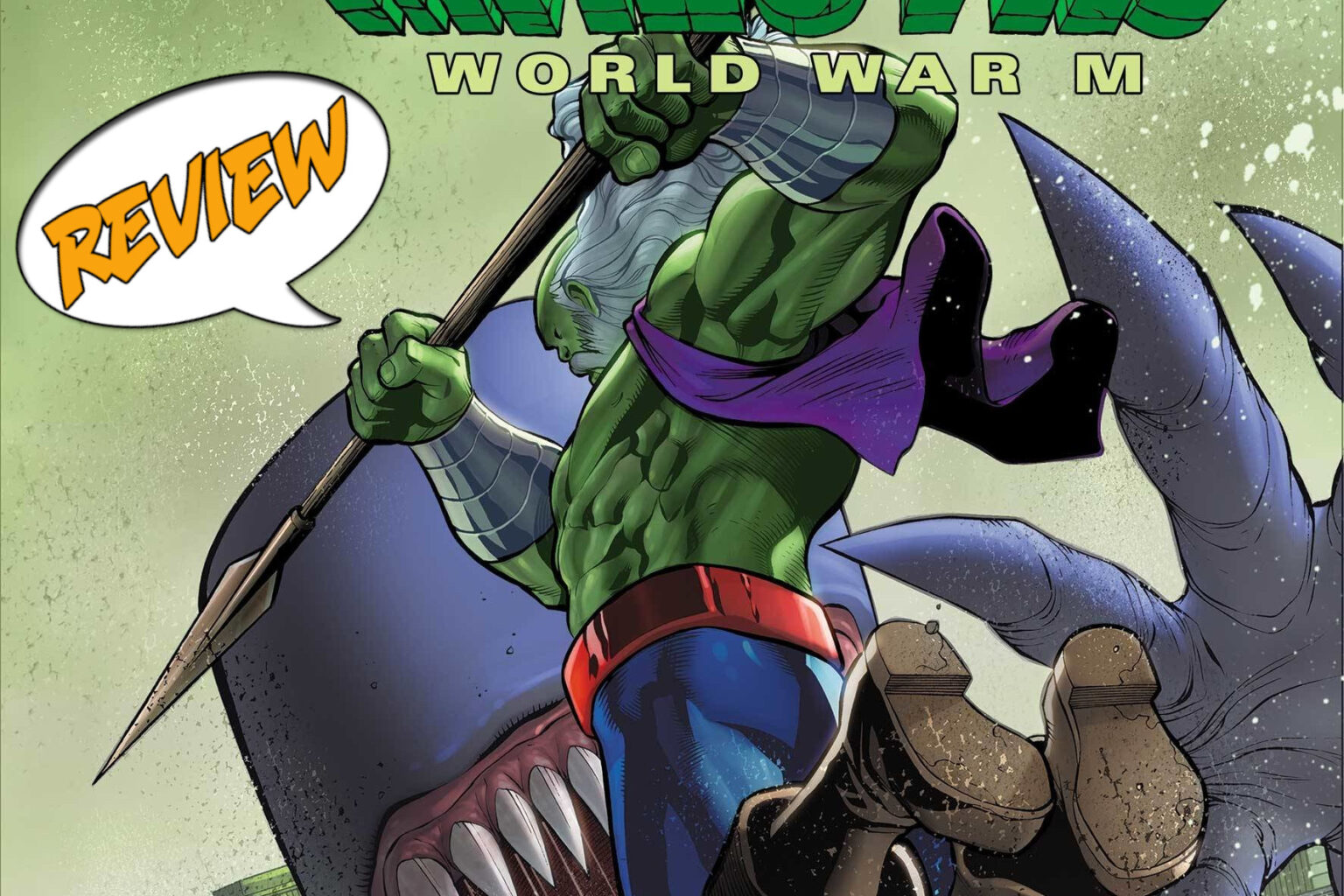 Namor will have his vengeance! Namor summoned Giganto to destroy Maestro and Dystopia. Find out if Bruce Banner saves his city in Maestro: World War M #4 by Marvel Comics!

Previously in Maestro: The Hulk has survived the apocalypse and took the mantle of Maestro, the ruthless tyrant. However, some people are against him. This includes Rick Jones, Dr. Doom, Abomination, the original Human Torch, and Namor. Recently, Maestro has killed Namor’s family, and Namor has summed a monster in his grief.

THE END OF THE KAIJU

Maestro: World War M #4 shows the destruction of Dystopia and Namor’s grief. Abomination has a change of heart and focuses his energy on saving the citizens of Dystopia. Maestro takes a spear, jumps onto Giganto, and damages its eye. Meanwhile, Abomination fails to protect a citizen and tries to stop Namor until Dr. Doom summons Namor back to Latveria. With Namor gone and Giganto blind, the creature heads back into the sea. Abomination gifts Maestro a teleportation device that will take him to Dr. Doom.

Maestro is a terrible villain and tyrant, but at least he cares about his people. Most of his antagonists have been hero-types so far in this series. Maestro: World War M #4 does an excellent job putting Maestro against a person who is more dangerous than him because Namor was grieving. And through that grief, Namor commits atrocities as an aggressor. For the first issue in a long time, you want to root for Bruce to win. But the real star in this issue is Abomination. He acts as a hero and tries to save people while working against Namor. He is the most engaging character, and I hope he gets a good ending in the finale next issue.

In a Hulk comic, the character designs are usually visually stimulating. Hulk and Abomination have great designs that emphasize their intelligence and strength. Giganto felt a little simple. The creature is a shark Godzilla, but it did not have a lot of details for me to gravitate to. My eyes were rarely on the monster but on the city’s ruins in the background. The ruins are drawn well with incredible detail and took the emphasis away from the Giganto for me.

In Maestro: World War M #4, my attention drifted to Abomination and the city’s ruins instead of Maestro, Namor, and Giganto. The story’s climax seems to be pitting Hulk against Dr. Doom and Namor, which doesn’t excite me like other storylines in the series. But I want to know the ending regardless. 3.5 out of 5 stars for Maestro: World War M #4.

Maestro: World War M #4 had some excellent components but didn't emphasize the main plots or characters.