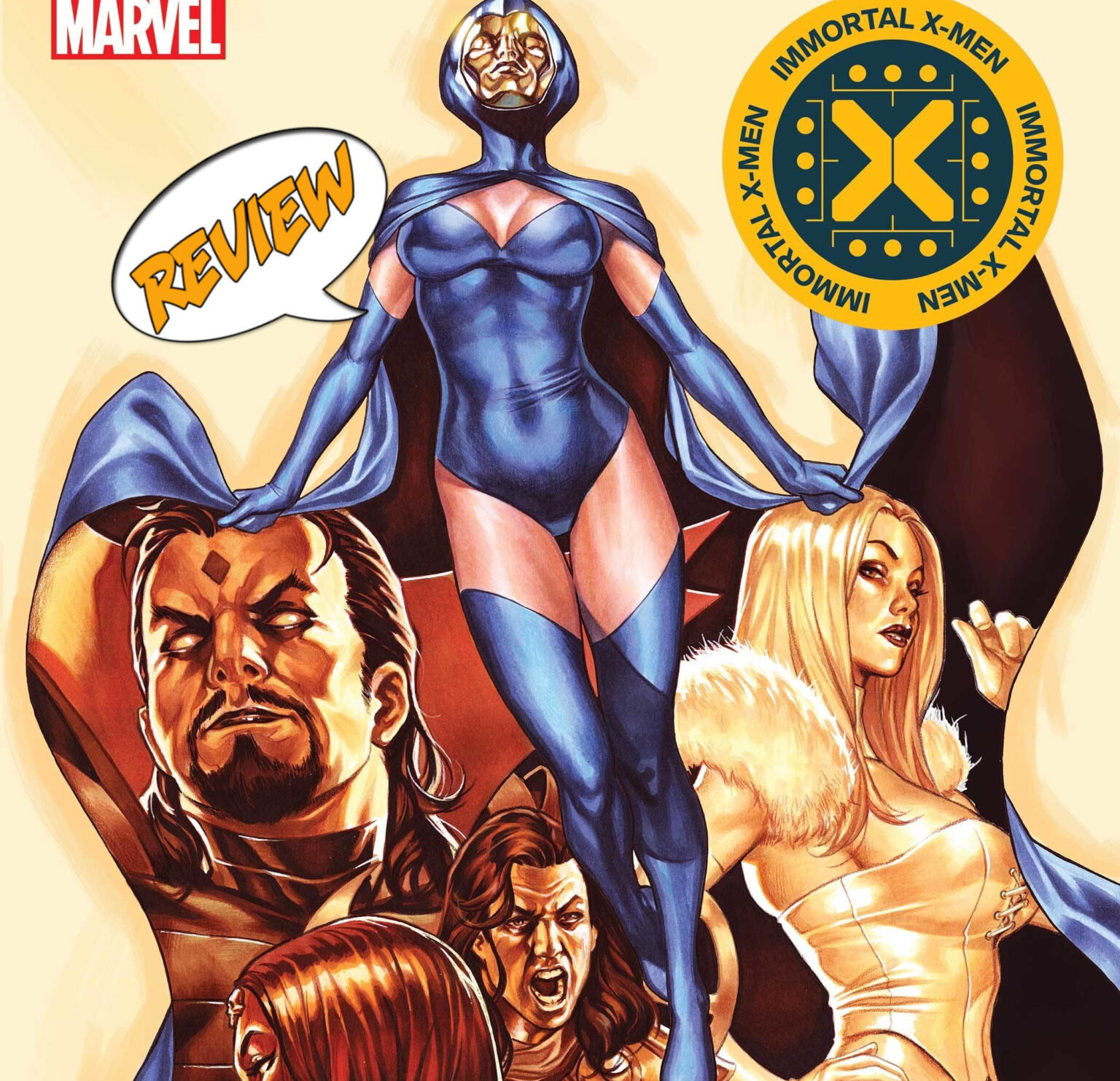 Destiny was resurrected and joined the Quiet Council in an inferno! Now the truth of those circumstances finally comes to light. Check out the Immortal X-Men #3 by Marvel Comics!

Previously in Immortal X-Men: Krakoa is governed by the Quiet Council. After Magneto left for Arakko, Hope Summers filled his seat. However, many council members have their own plans hiding from each other and the mutant citizens. Recently, Mystique used her powers to manipulate her wife Destiny and provide a seat for her on the council.

Immortal X-Men #3 takes the perspective of Destiny, who talks about her initial books of prophecy and the first time she met Raven. In the present, she is in a lot of pain and is receiving another vision. Meanwhile, Professor X tells Hope about Moira and her role in the nation’s founding. Hope mentions receiving a Cerebro helmet from Charles when they resurrected Destiny during that conversation. Sinister also says that Mystique asked for Destiny’s DNA. Suddenly, Mystique’s deception to revive her wife comes to fruition, and the council argues about what to do.

Suddenly, Destiny comes back and reveals her vision. War is coming, and the mutant nation must fight. As Destiny and Mystique return to their quarters, they share a passionate kiss and night before Destiny starts to write a book. She then admits that Mystique isn’t in any of her future visions.

WHAT TO DO FOR LOVE

There are a lot of complex emotions here in Immortal X-Men #3. Mystique always struck me as a linear character who is very single-minded in her goals. However, watching her go through a vortex of emotion to defend her deception to resurrect her wife caught me off guard. In fact, I found I was holding my breath on some of these pages. This character profile of this character adds dimension to Mystique as a villain and antagonist. This new era of mutants in Krakoa allows us to explore heroes and villains working together for the greater good. This issue is a prime example of people trying to work together. One of the most interesting parts is that Charles Xavier doesn’t seem much better than the bad guys.

There are also some stunning visuals in this story. There are no actual action sequences but beautiful splash pages. The two that stand out are Destiny’s vision of the future, where we see glimpses of characters in different possibilities of the future. The other is the loving kiss and embrace between Destiny and Mystique, emphasizing their love. Great work from Kieron, Lucas, and Dijjo for the art and writing.

There is so much depth to Immortal X-Men #3. Every page kept building up the tension of the narrative arc and building excitement and suspense. Great work here and a solid 4.5 out of 5 from me.

Kieron Gillen does a great job writing an engaging script for every character he introduces in the story.